Catherine the Great was the monarch of Russia from 1762 to 1796 and is generally regarded as an enlightened ruler despite being an absolutist.  However, many people despised her early on in her reign for a variety of reasons.  Here are a few:

These reasons among several others which we will discuss in the main article caused people to grow dissatisfied with Catherine and by 1773 some were ready for a general rebellion.  Check out this article about Catherine the Great for more information:  http://www.infobarrel.com/The_World_of_Catherine_the_Great

They just needed a leader to form a rebellion and the Yaik Cossacks found one in the summer of 1773.  His name was Yemelyan Pugachev. 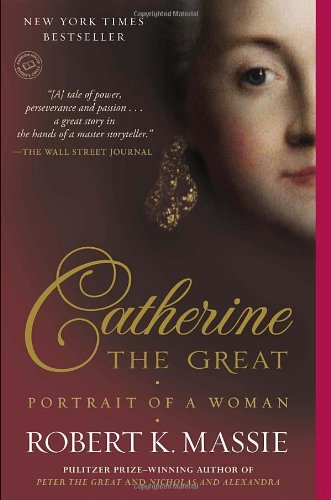 Catherine the Great: Portrait of a WomanAmazon Price: $20.00 $6.14 Buy Now(price as of May 18, 2014)
Check out this book for more information on Russia's enlightened, absolute, monarch.

Yemelyan Pugachev was the leader that the dissatisfied masses of Russia's rural out-lands were looking for.  Pugachev was a former lieutenant and Don Cossack.  He served during the Russo-Turkish War.  Let's look at the war real quick.

By 1773, the Russo-Turkish War was drawing to a close.  Russia was on the cusp of victory and their victory would soon be at hand.  The Battle of Chesma was the decisive turning point in the war when the Russian Empire gained the advantage at sea and used this advantage to crush Turkish resistance.  Check out this article on the Battle of Chesma:  http://www.infobarrel.com/Russias_Greatest_Naval_Victory__The_Battle_of_Chesma

Pugachev fought for Russia during the war, but afterwards found himself wandering through the rural southern portions of Russia.  Alexander Puskin would call him a "vagabond" in his landmark history of Pugachev called, A History of Pugachev.

With Russia still occupied with cleaning up Turkish resistance and a massive uprising gripping the seat of power in Moscow, called the Plague uprising, the time was right for rebellion.

Credit: WikipediaThe beginning of the uprising began in Samara and Orenburg.  These were two regions in the south of Russia.  The highlighted area on the map shows where the rebellion was launched.  It was launched near the modern day border to Kazakhstan.  It would be here that Pugachev took several small border towns and fortresses near Central Asia.  His force rapidly grew from a few hundred Yaik Cossaks to a massive army of over twenty thousand.

The force grew for several reasons.  In the beginning of the article we discussed why Catherine was unpopular in rural areas, but the reasons why many flocked to the uprising during the first few months was a little more complex.

As you can see Pugachev's uprising was widely appealing to the under priveleged masses in Russian society.  These people opposed the central authorty of Catherine's government in Moscow and St. Petersburg.  They did not want their small ethnic societies to be centralized and have their leaders chosen for them.  Religious rights and the end of serfdom was also a huge draw to the clergy and peasants.

Pugachev promised all of these things as Peter III although he was a pretender many of his followers did not know this.

The first stage of the rebellion was fought in and around the provincial capital of Orenburg.  After seizing border towns and small wooden fortresses, Pugachev moved on Orenburg.  There was no sizable Tsarist force in the area that could challenge Pugachev.  This was because most of the Tsarist troops were tied down in Turkey and Moscow dealing with the war and plague uprising respectively.

Although Pugachev had some success in dealing with the small forts and towns he could not defeat the garrison at Orenburg.  His siege lasted from October to March.  This period resulted in cannibalization, starving, and mass mayhem inside Orenburg, but Orenburg did not fall.  At the last moment, Tsarist troops broke the siege and forced Pugachev to retreat. 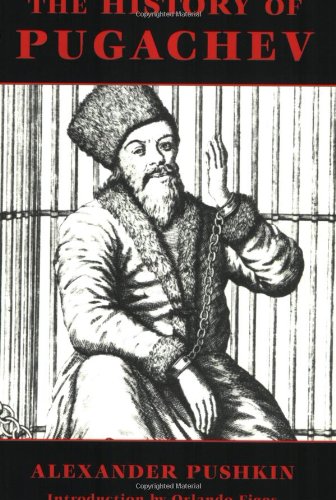 The Battle of Kazan

After Pugachev was forced out of Orenburg he was chased by Tsarist generals across southern Russia.  However, Pugachev was able to gather new support from factory serfs.

Kazan was a major city in southern Russia and a gateway to the Caucasus Region.  It lay along the Volga River which was a major water way that led to both the Black and Caspian Sea.

Pugachev was able to gather support from the native Cossacks, Old Belivers, peasants, serfs, and factory serfs despite his loss at Orenburg.  However, after plundering several factories before reaching Kazan; he also lost several battles to the Tsarist forces.  Although he lost a few battles his army remained intact and Pugachev was able to attack Kazan.

The Battle of Kazan was short and resulted in most of the town being put to the torch.  Over two thousand homes were burnt and hundreds died.  Pugachev plundered the town, but before the army could grow further the Tsarists reached the rebels and Pugachev suffered another major loss.  His entire army was wiped out and he narrowly escaped down the Volga river.

The string of defeats by the Tsarist forces had destroyed Pugachev's army after Kazan and Orenburg, but Pugachev had one last card to play.  Along the west bank of the Volga River, Pugachev recreated a new army of over ten thousand soldiers.  Many of these soldiers like his previous armies were unarmed serfs who used shovels and crudgels agaisnt well armed Tsarist soldiers with guns.

Along the Volga River, Pugachev raided towns, forts, and killed many of the gentry.  Finally the Tsarist forces caught up to him and a massive battle ensued.  The final battle resulted in almost ten thousand deaths for Pugachev's army.  He escaped, but his supporters the Yaik Cossack's turned him in.

Pugachev was transported to St. Petersburg were he was beheaded and drawn and quartered.   check out this reference for a full map overlay of Pugachev's Rebellion.[1]

Pugachev's short uprising, 1773-1775, was notable because it nearly destroyed Catherine's infastructure in southern Russia.  The  russian nobles were obliterated.  The first thing Pugachev did when he captured a town was hang the gentry.  Some savage examples included him sawing gentry into pieces and then marrying their daughters.

Apart from murdering the gentry in each town; Pugachev was notable for a few other reasons.  Pugachev styled himself as Peter III, he was a pretender, but many believed him.  Pugachev enhanced his image by holding court and promoting his associates and friends to important positions.  Pugachev had a war college and even created a mini-bureacratic government.  Some of his friends pretended to be notable people in the Russian Empire.  For example, there was a Count Panin who would be one of the generals that chased Pugachev across southern Russia.

Pugachev's Rebellion was short, but destroyed the economy, social structure, civic structure and lifestyle of southern Russia. Tens of thousands of peasants were killed which impacted the work force of the region and Catherine had to reform the region by renaming notable areas like the Yaik River and Mountains to the Ural River and Mountains.  Great efforts were undertaken by Catherine to erase the names of the principal rebels in the region.  Pugachev was scrubbed from history and until Pushkin's history in the 1830s there were no histories of him.  Whole geographical areas were changed name-wise and the Cossacks lost any remaning autonomy that they had. 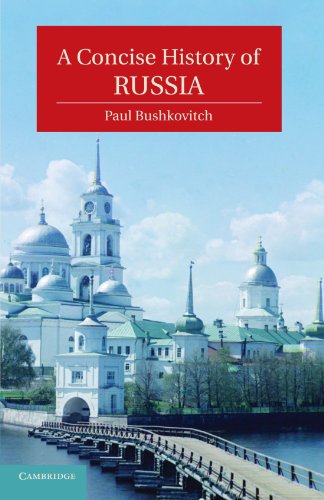 A Concise History of Russia (Cambridge Concise Histories)Amazon Price: $28.99 $18.98 Buy Now(price as of May 18, 2014)
Next >> Fashioning a Reign: 90 Years of Style from the Queen's Wardrobe - Magnificent Exhibition at Buckingham Palace