I'm a blogger, mother and passionate writer. I love writing about self improvement, health care and parenting.
InfoBarrel is a writing platform for non-fiction, reference-based, informative content. Opinions expressed by InfoBarrel writers are their own.
InfoBarrel > Health > Mental Health > Addiction

Quit Smoking Medications: How Safe Are They?

Smokers desirous of quitting have the option of choosing from a myriad of medications like Zyban, Chantix, Nicotine Replacement Therapies (like the gum, the patch, the Lozenge, etc). Of a truth, there are many medications to help smokers quit but the big question is: how safe are these medications? This question comes on the heels of news reports that Chantix, a popular quit smoking drug, makes users vulnerable to heart attacks and stroke. This is a wake-up call from the FDA.

However, this is not the first time Chantix is being floored in a study. In 2011, a parallel study, discovered heart problems in smokers who used Chantix, compared to those on a placebo. The said study was published in the Journal of the Canadian Medical Association.

Interestingly, the IMS Health says Chantix is the highest-selling quit smoking pill in the U.S. It reportedly works by blocking the nicotine receptors in the brain. And even though studies say about 20% of people who take Chantix quit smoking long-term compared to 10% of those who take placebos, the medication has been dogged by controversies, ranging from safety questions to its’ side effects on consumers. Due to the controversies, the FDA ordered that the drug’s label carry a back box warning about behavioural changes that may lead to suicide and depression.

The FDA also went ahead to order Pfizer, manufacturers of the drug, to conduct additional safety studies in 2011.

If you ask me, the FDA’s fears are well-founded as Chantix has been implicated in too many suicide and depression cases by users.

Jeffrey Carter Albrecht, a popular Dallas Musician, reportedly died a week after using Chantix. And even though Pfizer issued a swift denial, Ryann Rathbone, Albrecht’s girlfriend stood her ground. She said Albrecht was fine until he decided to use Chantix to quit smoking in 2007.

Shortly after Albrecht’s death, Derek de Koff revealed his horrendous ordeal after taking Chantix on nymag.com. He said he had thought it was the wonder drug to help him stop smoking but, he was greatly mistaken.

In the same vein, Sean Wain, a Pennsylvania man, reportedly killed his wife and killed himself (after using Chantix). The deceased were survived by four kids (who are minors). This violent event took place in May 2009 and a case has been filed against Pfizer Incorporated by the estates of Sean Wain, 34, and Natalie Wain, 33 in the U.S. District Court for the Western District of Pennsylvania.

On each occasion, Pfizer came out strongly to defend Chantix, but thousands of Chantix cases are still being filed in court and it has become a whole new way for Lawyers to make money, with some of them specialising as Chantix lawyers.

Zyban is another stop smoking medication that has been under the searchlight of the FDA. It operates in a different way from Chantix or Nicotine Replacement Therapies (which deliver nicotine to the bloodstream). On its’ part, Zyban is said to change hormonal balance and make smoking unattractive for smokers. It’s said to curb nicotine cravings but its’ label also carries a black box warning (in consonance with the FDA’s orders in July 2009).

The black box warning was the aftermath of several reported cases of death involving the use of Zyban. One of such cases was the death of Nick Hirst, a student who reportedly committed suicide after using Zyban. Then a first-year student of the Nottingham Trent University, Nick reportedly wanted to stop smoking to improve his fitness for sports (particularly the game of rugby). But, the drug as said to have made him fall into depression and he hanged himself six months later.

Yet another Zyban death reported was that of Kerry Weston, a 21-year-old British Airways air hostess who was said to have been discovered dead in a Kenya hotel room in January, 2001, 2 weeks after she began administering the drug to help her stop smoking.

Aside these deaths, Chantix and Zyban users stand the risk of experiencing side effects such as insomnia, depression, weird dreams, nausea, suicidal thoughts or behaviour, dizziness, etc.

The last set of stop smoking medications I want to consider are what we popularly call Nicotine Replacement Therapies (NRTs). The US Food and Drug Administration (FDA) has recognized 5 forms of nicotine replacement therapy and they are: the patch, gum, nasal spray, inhalers and lozenges.

Like I earlier said, they deliver nicotine to the body and gradually wean you off nicotine addiction. They also have side effects and have been known to cause another form of addiction, after a smoker successfully gets over cigarette addiction with them. But the big question opponents of NRTs pose is, if nicotine is hazardous and we want smokers to get over it, why replace nicotine with nicotine?

But the big shocker was a study published January 2012 which stated that NRTs are not effective when it comes to smoking cessation. The researchers at Harvard and MIT hinged their conclusion on the fact the NRTs do not stop smokers from suffering a relapse.

Interestingly, WebMD says the sales of nicotine patches has gone up in recent times, from$45 million when the nicotine patch was introduced in 1984 to more than $800 million annually since 1997.

But, there’s been some respite for NRTs as a study published in the Journal of Family Practice noted stated that all forms of nicotine replacement therapy increased cessation rates significantly.

As much as I agree that some smokers have successfully quit using some of these medications, I want to also alert users of these drugs of the inherent dangers, particularly with the FDA warning published by WebMD on December 14, 2012.

Meanwhile, Pfizer Inc has affirmed the safety of Chantix in a statement to The Birmingham News. According to the company, "Pfizer stands by Chantix, which is an effective treatment option for adult smokers who want to quit, and has been approved in 100 countries and prescribed to 15 million smokers, including 8 million in the United States."

While stating that Chantix had been studied in more than 80,000 smokers, including 30 randomized controlled clinical trials, Pfizer said none of the studies "have found reliable scientific evidence that Chantix causes the neuropsychiatric events alleged in these lawsuits."

If you want to use any of these quit smoking medication, consult your doctor and discuss the side effects with him. But, I honestly think good old cold turkey cessation is the way to go. For starters, it’s safe, costs nothing (NRTs, Zyban and Chantix cost some money), has no side effects and leads to permanent cessation. It’s by far the most popular way to cease smoking but many people avoid it because they say it’s a tough way to quit. But I don’t think so because it’s a fast way to get nicotine out of your bloodstream and reduce nicotine cravings. I really give cold turkey quit smoking thumbs up and this book by Allen Carr explains better. 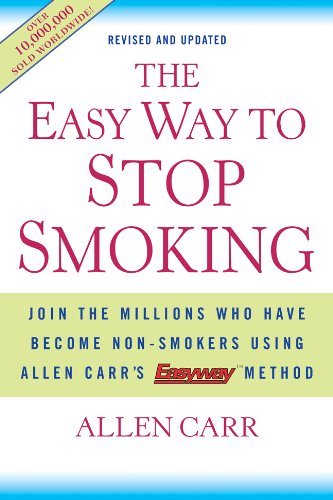 The Easy Way to Stop Smoking: Join the Millions Who Have Become Non-smokers Using Allen Carr's Easy Way MethodAmazon Price: $12.95 $12.25 Buy Now(price as of Aug 4, 2013)
This book was written by Allen Carr, a chain smoker, before he quit and it contains The Allen Carr Method for smoking cessation which is effective for both heavy smokers and light smokers. What's more, smokers would neither gain weight nor miss smoking while trying to quit. I highly recommend it!
Next >> Death of Karen Carpenter