Sounds exotic, right? Maybe so, but that’s beside the point. This combination is a true powerhouse! What I really want to cover here is how these 2 ingredients synergize with one another to produce an affordable healing smoothie everyone can make at home in their own free time. Most importantly, there is no need for fancy supplements; start transforming your health with the everyday whole foods you see around you right now!

Allow me to give you a brief introduction to each of the 3 ingredients, and their widely studied health benefits. Along the way, I will explain how each ingredient complements one another in order to maximize the benefits you are getting. Finally, I will share with you the quantities of each to use daily, of which I myself take on a constant basis as part of my diet.

Turmeric, is a spice with Indian origins dating back to almost 4000 years ago and is a popular ingredient in Aryurvedic Medicine. It is a main spice used in curries, which gives the latter its staining yellow color.

Turmeric is known to the scientific community however for its active compound, curcumin, to  which most of its healing properties are attributed. Curcumin and other curcuminoids have been widely studied for its anti-inflammatory properties, such as the treatment of rheumatoid arthritis, ulcerative colitis, and several other inflammatory conditions. In addition curcumin has been studied for its potency as an antioxidant, with anti-bacterial, anti-fungal and antiseptic effects.

Arthritis and Colitis are typically treated with Non-Steroidal Anti-inflammatory Drugs (NSAIDs) like Ibeuprofein and Naproxen, but they have very undesireable long-term side effects. Scientists and medical practitioners are therefore finding natural, non-toxic, alternatives to these drugs, and Turmeric curcumins are an important one of them.

Curcumins have been shown to inhibit the activity of cytokines and enzymes such as COX-1 and COX-2, and thus recommended as another form of treatment for diseases like Alzheimers, complementing the administration of conventional treatments in lower doses.

However, despite these promising claims on curcumin, it faces a huge problem: low bioavailability. What I mean by that is that most of the curcumin (Note, I’m talking about curcumin itself, not even turmeric, which contains only 3% curcumin by weight!) gets metabolized by our bodies before it even gets to our blood streams. So what now?

Black pepper comes from the fruit of the piper nigrum evergreen vine before it ripens. The fruits are then left to ferment until they turn black, and then are dried until they shrivel. Black pepper, like turmeric, originated from India, and has been used as a spice since prehistoric times.

The active ingredient in black pepper is piperine, which is what gives it its spicy flavor. Now, the magic of this piperine is that it enhances the bioavailability of curcumin enormously. In fact, it can improve the bioavailability of pretty much every active compound we put into our bodies(vitamins, flavonoids etc)! Time to eat some black pepper with our supplements and foods ;D

Back to my previous point, one specific study found that when 2g of curcumin was ingested(roughly 100g of turmeric powder!!), absorbed levels were still very low. However when 20mg of piperine was added, its bioavailability increased by 2000%!

The benefits of piperine could be attributed to its ability to increase the secretion of hydrochloric acid in our gut, which then breaks down the food we eat at a much faster rate, thus improving the absorption of all nutrients. Furthermore, piperine stimulates the entire digestive tract and helps to clear out and improve our gastrointestinal flora. All this improves the absorption of nutrients even more.

In order to prevent this article from becoming too long winded, I will just cover the areas where kefir plays a complementary role to the health benefits of turmeric and black pepper, instead of listing down all health benefits of kefir.

Interestingly, all 3 foods play a role in the tackling of cancer cell growth. A study conducted on breast cancer cells injected with a potent solution of piperine and curcumin found that the self-renewal process of the breast stem cells was disrupted, which is an early warning sign of cancer. Furthermore, the compounds did not affect normal breast tissue. The probiotics in fermented dairy products such as kefir are believed to inhibit tumor growth by reducing the formation of carcinogenic compounds and by stimulating the immune system. In one study, kefir, much like piperine and curcumin was able to reduce the number of breast cancer cells by 56%(compared to only 14% for yogurt). These studies, while not proven on real human cases yet, provides a promising outlook of natural compounds in whole foods as equally effective alternatives to drugs, which often have toxic side effects.

Kefir, turmeric and black pepper, when used synergistically can also help to cure gastrointestinal inflammatory conditions such as gastric mucosal damage by peptic ulcers and irritable bowel syndrome. This is possible due to the capacity of curcumin to prevent the growth of Helicobacter pylori(a bad bacteria strain). Milk Kefir also combats H. pylori very effectively.

Besides these, the complementary benefits of kefir, turmeric and black pepper consumption extend further by improving heart health, combating obesity, and diabetes prevention.

Curcumin in turmeric is able to fasten to capsaicin receptors and increase the rate of thermogenesis (ie the process whereby fat is burned in order to maintain our body temperature). Also, the anti-angiogenic properties of curcumin helps to reduce fat tissue growth by preventing nutrient and oxygen supply to the fat cells. Curcumin is also able to improve endothelium function. This plays an important role in heart health, as the endothelium (lining of our blood vessels) is responsible for the regulation of blood pressure, blood clotting and other functions. Not to mention heart disease is often a result of chronic inflammation and oxidation going on in our body; hence, turmeric’s anti-inflammatory properties can have a positive effect on heart health.

Poor gut health can trigger irregular metabolism, which leads to the tendency to overeat and gain weight. Some studies found that changes in gut flora can increase the storage of calories as fat. Bad bacteria in our gut can also contribute directly to increasing our bodies’ production of insulin, which leads to insulin resistance over time. These strains of bacteria can also cause leptin resistance. Leptin is a hormone which suppresses appetite. Kefir is a potent probiotic which is able to help our body restore back a healthy state of gut flora is able to protect us from the inflammatory effects of bad bacteria.

Of course, black pepper’s ability to improve digestive health and enhance the bioavailability of food we ingest aids in improving these health markers.

Which kind of spice should I use? Fresh/dried, whole/powdered, organic or conventional?

Ideally, it would be best for one to get fresh and organic versions of turmeric and black pepper, otherwise, powdered alternatives will do fine.

For those of you who wonder why I choose organic spices, it is because besides the presence of pesticides, conventional spices are also sterilized with chemicals to kill off yeasts, mold and bacteria(fancy eating ethylene oxide?—a common sterilizing chemical used). Not to mention, conventional spices are also irradiated. And in case you are unaware, spices have the highest allowable radiation per quantity of food(approved by the FDA).

Now for the fun part, how can I include these 3 wonder ingredients in my diet? 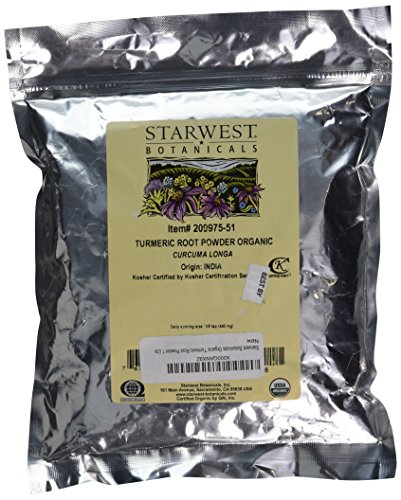 1 teaspoon of organic whole black peppercorns/black pepper powder(I prefer the powdered version, once again, I use the one from Starwest Botanicals) 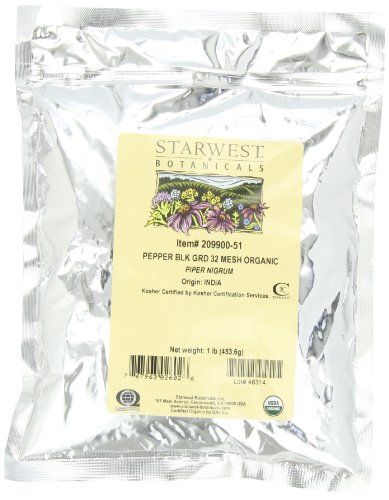 Don't worry, we aren't going to put the peppercorns into the smoothie. I would simply advise you to take the peppercorns and swallow them with water so you do not have to taste them so much. If you have trouble swallowing, good luck to you :)

First thing you need to do after shooting the peppercorns is to take the frozen fruits and ginger and put them into a blender. (If your blender is not top range like a vita-mix, then make sure you chop the fruit smaller, about 3cm before freezing them). Then simply add the milk kefir and blend until thick and smooth. Pour it into a cup or bowl and enjoy!

You can also stir in granola, nuts, berries and honey to sweeten it up but it should taste wonderful already. Bon appetit!