Having too much of a good thing isn't always that good.  The Boston Red Sox are heading into spring training with six starting pitchers on the roster.  The question on everyone's mind is whether someone will find themselves on the trade block, the bullpen, or the odd man out.  Let's take a look at the Boston Red Sox starting rotation for 2014.

Jon Lester is the unchallenged "ace" of the Red Sox pitching staff.  Lester had a bounce back year in 2013 where he lived up to expectations.  The only problem with Lester is that he didn't exceed them, at least not until the postseason, when he was the dominate pitcher that everyone expected.  Lester followed up an abysmal 2012, where he found himself with a losing record for the first time in his career, with a much more Lester-like showing in 2013.  His ERA was 3.75 and he won 16 regular season games.  But the postseason is where he showed the flashes of brilliance that many of us expect for the entire season.  He was 4-1 with an ERA of 1.56.  His WHIP was a stingy 0.95 and he held opposing batters to a .205 average.  That is the Jon Lester that I hope we see in 2014.  Obviously, those are outstanding numbers for any pitcher, and we can't really expect a pitcher to maintain that level of pitching throughout the year.  However, I think Lester will have a great season, especially since it is in a contract year.  Can anyone say Cy Young Award?

John Lackey, Clay Buchholz, and Jake Peavy round out the top four starters for the Boston Red Sox.  Lackey was surprisingly decent in 2013, much to a surprised Red Sox Nation.  It was definitely not expected after Tommy John Surgery.  Lackey finished the year at 10-13, but held an ERA of 3.52 (lower than Lester).  Unfortunately for John Lackey, the Red Sox just didn't seem to put up the runs that he needed.  I remember a bunch of games where Lackey would give up two or less runs and lose the game.  The games that he did win, always seemed to have Lackey allowing five or six runs, while the offense would finally pick him up.

Everyone wants Clay Buchholz to be the ace that he is destined to be, and he shows flashes of pure brilliance, when healthy.  Buchholz' major issue is staying healthy.  He is finally getting old enough to understand how to pitch in the major league game, but he just needs to stay healthy.  2013 looked to be a record-setting year for Buchholz until he ended up on the DL in June.  And, unfortunately, he just never looked the same when he came back at the end of the year and into the postseason.  Hopefully 2014 will be a complete year for Clay, and we may see a Cy Young #1 and #2 in Boston.

Jake Peavy didn't spend a lot of time in Boston last year, but he has a proven track record of solid pitching.  Unfortunately, the 2013 postseason was not Jake Peavy's friend.  Never lasting longer than 5.2 innings, Peavy has a lot to prove in Boston in 2014.  Lucky for him, Boston only needs him to fill the third or fourth starter position, he doesn't need to be the ace.  Five to six innings an outing will be just fine when Lester, Lackey and Buchholz are anchoring the rotation.

Felix Doubront is going to be the fifth starter for the Boston Red Sox in 2014.  He will win the position and either force the club to trade Ryan Dempster or place him in the bullpen (which isn't all that bad of an idea).  Doubront needs to work on his consistency and ability to go further into games to help save the bullpen.  He is still young and has a tremendous upside.  Let's hope we get the Felix Doubront that we all want. 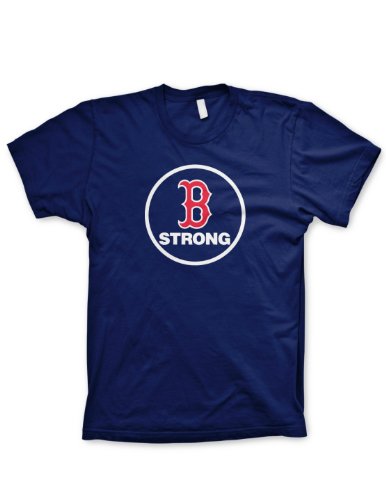 I think the Red Sox should put Ryan Dempster in the bullpen to start the season.  I think that he would be an invaluable asset to have that can take some long relief duties for the starters that can't make it past the 5th inning.  It would also be nice to have him if someone does get injured during the season, as he would be a great placeholder until they returned (for those wondering, I am talking about Buchholz getting injured - let's hope I'm wrong).  I'm not going to project stats for Dempster, because I don't know if he will be starting for the Red Sox, some other team, or making his money from the bullpen.  I hope it is the latter as I think it would only strengthen the Red Sox pitching staff.

I feel that the Red Sox have possibly the best pitching staff in baseball (on paper).  Each pitcher has show flashes of amazing pitching throughout their careers.  As Red Sox fans, we just hope that they can put those flashes together for amazing seasons.  And we hope those amazing seasons all combine into a repeat in 2014.

Let me know what you think of my predictions - call me crazy or agree with me.

For more Red Sox predictions in 2014; check out the bullpen predictions.