As a graduate student at American University studying international affairs, I have a passion for language, culture, and travel. I also have limited resources. As a result, I have studied and travelled extensively though Eastern Europe, Russia, the Middle East, Asia, and South America at little or no personal cost.  I also run a tutoring business. Check out our website here. Like Info Barrel? Sign up here.
InfoBarrel is a writing platform for non-fiction, reference-based, informative content. Opinions expressed by InfoBarrel writers are their own.
InfoBarrel > Travel & Places > Places > Russia

A Walk Through Red Square, Russia

There is no more iconic symbol of Russia than Red Square in Moscow. The multi-colored onion domes on St. Basil’s cathedral and the golden domes of the Kremlin are easily recognizable even to those who have never been to Russia. While it began as a lawless shanty town in the 1400s and was the site of fierce fighting from Tartar and Mongol invasions through the 17th century, Red Square has become a symbol of Russian military and political power.

Contrary to popular belief the site’s name has nothing to do with communism. The Russian word krasniy originally meant beautiful and only recently has come to mean red. Fittingly, however, Red Square is surrounded by high fortress walls made of red brick. The walls were designed by Italian architects hired by Ivan the Great in the 15th century to reflect the capital’s growing economic and military power. Just past the looming State Historical museum near the main entrance, Red Square opens up and visitors experience their first glimpse of some of Russia’s most iconic landmarks.

The embalmed body of Vladimir Lenin, father of the Soviet Union, has remained on display in Red Square since 1924. A trip to Red Square is not complete without paying your respects to the father of the revolution. Visitors wait in the long line that stretches out of the square, and are stripped of all electronics prior to entry. They are then guided, single file, into the dark mausoleum. In every corner inside the building stands a guard to ensure visitors pay the respect due to Lenin by ensuring that all hands are removed from pockets, hats are off, and no one is speaking. After exiting visitors walk along the graves of famous Soviet heroes buried in the Kremlin wall including that of the American journalist John Reid.

The State Department Store or GUM (pronounced goom) has a long history on Red Square. It originally was a collection of market stalls that by the 17th century was home to almost all of Moscow’s commercial transactions. Prior the 1917 revolution, it was Europe’s largest shopping center with over 1,200 stores. Immediately following the Bolshevik Revolution, the market was shutdown. GUM re-opened in 1953 and became the site of the infamous Soviet lines which often stretched across the square. While it is illegal to sell anything on Red Square, the old GUM building has housed some of Russia’s most exclusive shops and high end stores since the early 1990s.

While it is separated from Red Square by a high brick wall, the Kremlin is an essential part of the experience. As the center of the Russian state for several hundred years, the white walls of the modern Kremlin (meaning fortress) were constructed in the mid-1300s. Although the capital of Russia has changed over the years, Tsars were traditionally coronated in Moscow. Since Moscow’s reinstatement as the country’s capital following the 1917 revolution, the Kremlin has been the seat of Soviet and now Russian government. There are several monuments in the Kremlin area including the golden-domed Archangel Cathedral, the 40 ton Tsar Cannon, the 202 ton Tsar Bell, and an unfriendly platoon of guards ready to blow their whistles at you if you step off the seemingly arbitrary painted pathway.

The only fact we know for certain about this landmark is that Ivan the Terrible built this cathedral after his defeat of the Tartar Mongols in 1522. Beyond this there are several legends including the one that says after the architects finished the construction, the Tsar had their eyes put out to prevent them from designing anything more beautiful. There have been a few modifications since its original construction but it has remained unchanged since its reconstruction in 1860.

Legend has it that upon reaching Moscow, Napoleon stabled his horses in the cathedral and eventually tried to destroy it since he could not take it as a spoil of war. Fortunately, the fuses on his explosives were extinguished before he could destroy the landmark.

During the time of the Soviet Union, the cathedral was again almost demolished. Aside from representing a comical antithesis of the atheistic and otherwise Spartan Soviet state, it stood in the way of Stalin’s massive military parades through the square. It is only through the bravery of one architect, Pyotr Baranovsky that the cathedral still stands. When ordered to destroy it, he sent a blunt telegram to the Kremlin saying he would rather kill himself than demolish it. This bold action earned him five years in jail but the cathedral stands today.

Despite its dark past, Red Square serves a much more functional and amiable purpose today. While it holds the annual Victory Day military parades, it is also the venue for rock concerts (including the once banned Paul McCartney), classical concerts, fashion shows, circus acts, and a large ice skating rink during the winter months. With its rich and historic past, Red Square continues to serve as a reminder of the past and a symbol of the future for Russians and foreigners alike.

A Great Guide for Navigating Russia 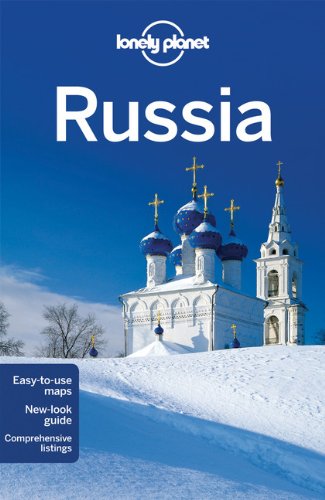 Cool Spots to Visit in Russia