While bosses in Resident Evil 5 are challenging, even and idiot like me can blunder their way through the game wasting all sorts of ammo until you figure out the mechanics. However, Albert Wesker is a different sort of challenge. His matrix-like dodging skills make him impossible to hit in a one on two fight so shooting him is darn near worthless.

However, after hours of gameplay on all sorts of difficulties, I bring you the easiest and tried and true ways to beat his butt.

The first encounter has an easy mode and a hard mode. There's really no medium route. It's either you fight him or you don't.

This is where you first get to see Weskers' moves, unfortunately he also comes with an equally super powered companion. The easy mode to the fight is to run and hide from Wesker for seven minutes. Which is ridiculously simple.

In both fights, let Sheva handle Weskers' companion. She does a pretty good job, but you may need to use the call function to tow her along because Wesker will kill her if he sees her.

If you want to actually fight and get the most valuable treasures in the game, just follow the below steps. Though truth be told, it's not really worth it.

Make sure you have a shotgun for close range and the magnum for medium to long range. Start the fight out by running to the blue door and waiting for a cut scene to knock you through it. Avoid damage by never getting close to Wesker and hiding. Use the walls to peek around and shoot him with your magnum.

keep shooting until he either dashes or is dazed. When he dashes, run like a wild bunny. If he's stunned run up to him and press the appropriate buttons. Repeat until dead.

Alternatively, if he starts holding something that looks like a rocket, break out your rocket launcher and blast him before he throws it. That ends the fight right there.

The second encounter is pretty much the same as the first. This time however, you want to damage him enough for your partner to run up and inject him. My first tip is to turn of the generators in the hangar, then Wesker won't be able to see you running around.

Then the fight becomes about the same tactic as the first encounter. Damage him and run up and inject him. He'll counter the first attempt, just be aware of that.

Now that you've made Wesker overdose on his POWAA!! Juice (technically known as Oroboros) he's damn near invincible. So...good job there, Chris. What an awesome idea to make him even less vulnerable.

Anyway, the key here is to shoot at the orange spots on his back. After you've weakened him enough, he will sprout and odd mutated arm and jump at your partner. Soon he begins shooting projectiles and you are charged with moving the boulder so Sheva can help you with he uselessness.

After some more back shots the fights over. Congratulations!

Now onto the final boss! 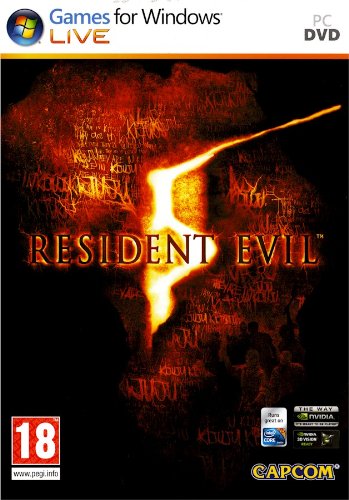