The First Great Myth of the Internet

The Slender Man also known as the Operator in the Youtube arc called Marble Hornets is a mythic figure and there has been much discussion on the internet about whether or not this is real or a hoax.  BBC called the Slender Man, "the first great myth of the internet"[1]  and most people believe that the Slender Man is a myth.

The story begins way back in 2009, but some stories point to it being mentioned even before 2009 with the advent of creepypasta, (a sub section of internet horror).  Whatever the case, the Slender Man urban legend has been with us for some time and it is a rumor that the internet is not ready to dispell yet.

Due to the innate nature of horror it makes sense that humanity will constantly crave a scare and the Slender Man provides us with something truely horrific.

The Marble Hornets turned what was creepypasta, essentially scary stories in short blurbs that could be copied and pasted to many different websites into a visual, viseral, experience.

So what is the Marble Hornets?

The Marble Hornets is an ongoing horror story on Youtube, yes Youtube, not AMC, HBO, or Showtime.  In our age, Youtube is just as good for entertainment as the big corporate networks.  So far the series has run for 75 episodes ranging from thirty seconds to fifteen minutes with an additional series known as TOTHEARK which arel imited to around one minute.  TTA videos are usually posted after a major "entry" from the main case of Marble Hornets and it is still unknown who TTA is, but it is someone within the universe of the main characters.

The King of Film Critics

The series Marble Hornets has taken center stage on Youtube and has attracted the attention of several major media giants, one of which is probably a household name by now, Roger Ebert.  Mr. Ebert praised the series in his twitter account, you can read it here.[2]  As you can see above, the first entry to the show doesn't leave you with much, but it is meant to draw you in.  This entry is the first entry in the show, but there is a short introduction before the video.

The story follows the adventurers of a young man named Jay (somewhere in Ameria) while he deciphers numerous cryptic video logs from his friend Alex.  You see, Alex and Jay were involved in a college film project called, "Marble Hornets", but something went wrong during filming and Alex abruptly left town.  Before he left he told Jay to burn the tapes.  Of course this spiked Jay's interest and instead he decided to find out what went wrong with the production by examining the tapes and uploading the mysterious entries to Youtube for help from the community.

Before long Jay became involved in something bizarre and it began to unfold beneath his very eyes.  He saw his friend Alex's slip into madness and the reasons for the collapse of the Marble Hornets film project.  This led him on a quest to find the missing crew and attempt to discover what the presence was in the tapes.  The presence of course is known to the community as the object of creepypasta, the Slender Man.

As the story gains speed, Jay begins to have more and more encounters with the Slender Man and other members of the Marble Hornets crew which have been twisted.  We don't know what these masked member's role is in the series, as of entry 75, but it is clear that they seek to stop Jay from discovering the truth behind the madness that has engulfed their lives.

A Story Riddled with Clues and Mystery

The story of Marble Hornets is riddled with clues and mysteries.  It is never quite clear what is actually going on.  Sure, we know that Jay is on a quest to discover the truth behind Alex, Tim, and Brian.  He want's to know what happened during the filming and what the presence known as Slender Man is up too.  However, as the story progresses we see many strange things.

Most of the series is shot in burned buildings, ruined houses, and there are markers there that seem to either be warding off the Slender Man or inviting him.  These markings are never quite explained and has caused a firestorm of debate on the internet about their origins and purpose.

As the story continues, Jay becomes more and more obsessed and eventually dawns chest and arm cameras to capture every aspect of his surrondings on film.  In season 2, he loses time completely and wakes in an abandoned hotel after losing six months of his life.  The only way he can discover what happened is by watching the tapes which leads him to his friend Tim who in Season 1 seemed to be one of the masked men.

Marble Hornets is unfortunately reaching it's end.  The story has progressed to a point where it is time to close the curtain.  As of entry 75, Tim and Jay are ready to finally face one of the former Marble Hornets crew members who may have been responsible for the bizarre series of events that have been played out over the years on Youtube.  I won't spoil it, but it is quite a good twist.

Ultimately, the series fate rests in the hands of Hollywood.  Just a few months ago the team announced that the show would be made into a movie.  The movie will most likely be a found footage film like Grave Encounters, Blaire Witch and Paranormal Activity.

On the downside, it means that one of the best forms of content and entertainment on Youtube is selling out to big media.  Hopefully, it will not ruin the awesomeness that spawned from the something awful forums so long ago and will do justice to the urban legend that has become the Slender Man. 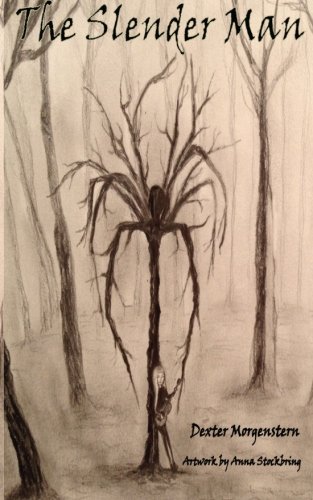