Thanks for Reading!  Check out my other articles here or sign up now to write for InfoBarrel and start making passive income today :)
InfoBarrel is a writing platform for non-fiction, reference-based, informative content. Opinions expressed by InfoBarrel writers are their own.
InfoBarrel > Sports > Cycling

After reluctantly selling my Whyte 529 I just had to get a replacement!

2015 has been a bit of an up and down year for me - and not so much due to the trails!   I had been the proud owner of a 2013 Whyte 529 these last 2 years, but in June I reluctantly sold her. She was still in great condition, looked like new to be honest, but my Trek Madone road bike was getting used out of necessity whilst she sat lonely in the garage - the young guy that bought her got a real bargain and he knew it!   When I sold the 529 I made sure my wife understood there would be a replacement as soon as things changed!   A few months later and my local bike shop had a 2015 Whyte 629 (the next model up) on offer as the new 2016 models were in.   Based on my previous experience with the brand, I reserved the last one in my size.   I'm 5'10" so for me a medium frame (18") feels right, it compares to a 19" framed 26er MTB.

The frame is made out of '6061 Hydro Formed T6 Aluminium'.   In Layman's terms - the frame is made of a strong lightweight Aluminium alloy, the frame tubes are specially shaped using hydroforming (shaping using water pressure) and they are butted - which means they have thicker walls at the joints and high stress points and thinner walls elsewhere, so the frame stays strong and stiff where you need it but is also really lightweight.   The same frame design and material is used for the basic 529 model to the top end 729 model, only the component mix and paint job vary on each model.   The different specification means that the 529 weighs in at 12.9Kg (28.5lbs), the 729 at 11.5Kg (25.5lbs) and this one, the 629 weighs 12.5Kg (27.5lbs). Really good for a bike that feels so sturdy!

The frame looks quite similar to my earlier Whyte 529 - the obvious changes being the internally routed cables and the rear disk brake is now mounted in the triangle between the seat stay and the chain stay - this looks a lot neater and is a trend some other manufacturers are now picking up on.   The paint job is a nice matt effect Zinc metallic with white, lime and apple graphics - which manage to look seriously classy, something I couldn't say about the 2013 629 colour scheme!

I've ridden the 629 out a number of times now, mainly in good to firm off road conditions and I have been amazed.   I loved how my old 529 performed and was expecting more of the same but lighter - this is much better!   This model has a mix of SRAM X5 and X7 components, a compact double crankset which looks ridiculously tiny and Tektro Gemini hydrolic disk brakes. My old 529 had Shimano components and a compact triple crankset.   I'd never used SRAM until now and was pleasantly surprised; the shifts are positive and precise, although I am still getting used to the SRAM shift levers that are thumb operated as opposed to the Shimano RapidFire thumb and forefinger design.   The gear shifting is reliable even under load when you're pushing hard.   Clearance for mud and trail debris is really good, especially around the front mech area.   Whyte pride themselves on being designed in Britain for British conditions - mud! I never had any problem or issue with how the RockShox XC28 fork rode or performed on the 529, but almost from the start of my first ride on this bike I could feel a huge step up in ride feel.   Difficult to explain, but the RockShox XC30 fitted to the 629 gives a much more controlled ride, smoother, calmer maybe?   The brakes are good, they feel powerful, can be applied progressively, and importantly have stayed quiet - I hate squealing brakes.

Since getting the 629, I've ridden up, down and across many of the trails close to me and loved every minute.   I'm trying to get fitter and improve my off-road skills and this bike is helping me push myself closer to that goal.   I'm cornering with confidence even on mud or loose gravel, pushing to the top of hills and letting go of the brakes more coming back down.   The Whyte 629 is a very capable bike, if there are any 2015 models out there you might get a bargain, otherwise it looks like the 2016 models are very similar.

All in all I am really happy with this bike, it is not a run of the mill, middle of the road bike for sure.   The geometry of the frame leans towards race pedigree.   It handles capably and feels exciting to ride.   I put SPD pedals on, as that's what i'm used to, and I may shorten the bars a fraction in time, but other than that I haven't found anything I don't like. When I reviewed the 2013 Whyte 529 I gave it a 9 out of 10, in hindsight maybe that was slightly generous , but for me the 2015 Whyte 629 is a 10 out of 10! It has the looks, it handles really well - I just can't fault it. 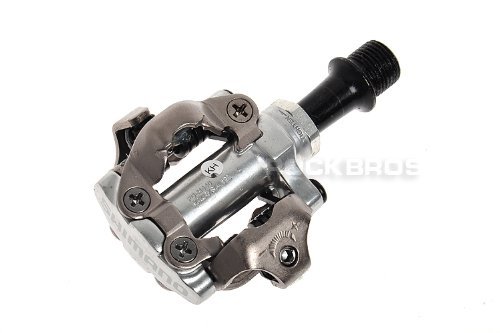 Shimano PD-M540 SPD MTB Pedals Amazon Price: $89.99 $42.45 Buy Now(price as of Sep 29, 2015)
I added a set of these instead of the standard pedals as I use them on my other bike and like the extra control and security. Can't recommend enough!
Next >> Safe ways to power up your athletic performance