Review of Oz The Great And Powerful

While Oz The Great And Powerful[7557] is a great movie with awesome actors and actresses it has its bad parts.While themovie it's based after is arguably the best movie of all time but the prequel doesn't live up to my expectations. James Franco is awesome as always and Mila Kunis is good until she turns green then things start get bad. Her crazy scream makes it seem like a parody of the original witch and the acting gets a little bad. The movie moves along very slowly and isn't that exciting until the end so if you like high action movies this might not be a good movie for you. During the entire movie it seems like they think that the 3D aspect is the most important part of the movie and they change parts so they look better in 3D that don't even make sense to have it or they made parts specifically for 3D that dont really relate to the movie enough to be in there. They used 3D very subtlely in some parts that improved the movie so I think that almost evens it out. If you get headaches from watching 3D movies don't watch it in 3D because it will definitely give you a headache.

The movie has its good parts and characters but it also has some wierd annoying things and characters that you would see in kids movies like the black midget wanting to play a fanfare the entire movie and then getting to in the end, whats that about. Also why do they have a black midget in the movie anyways, this isn't racist but he doesn't even fit in why is he in the movie anyways. But I have to admit there are still some awesome parts in it like basically anything James Franco does and the incorporation of Auntie Anne. I also like how they use the classic Wizard Of Oz way of using characters in the beginning sequence as other characters in the movie like the china girl as the girl that was in the wheel chair in the beginning. The movie doesn't have any obvious plot holes and is worth watching. If you were planning to see this movie don't expect to much but it is still worth seeing. The best part of the movie was that James Franco was in it. So overall I think I will give the movie a 3.5 out of 5. 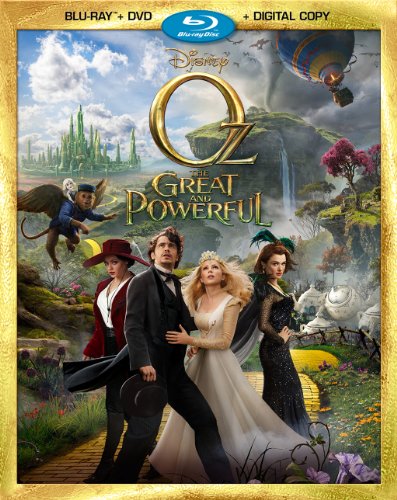