Never count on your job...

“The Company Men” is a solid film that takes a tough issue, close the home for many Americans and drags it even closer. It surrounds a theme that is all too familiar to many US families: the crushing impact the loss of a job can have on previously wealthy executives. It visits the morality of corporate downsizing and the negative, even fatal effects a lost job can create.

The stars of the film, Ben Affleck, Tommy Lee Jones and Chris Cooper all deliver strong performances as executives at the fictional Boston based company GTX. The company is predictably sterile, emotionless and bent on squeezing every last dollar out of a drowning corporation in the only way they know how: lay offs.

The writer, John Wells (who previously wrote the highly successful ER series) did a fantastic job of characterizing the beasts who ran the company (and took 7-8 figure salaries) as heartless and cold. However, some important details are just incorrect. On a salary of $160,000/year, there is no way Affleck's character could afford a large home in a Boston suburb, a golf club membership, a Porshe and 2 children. Unfortunately, mansions cannot be sustained for that kind of salary, especially outside of Boston. However, Affleck's cocky character falls hard into poverty and must struggle both physically and mentally to survive.

Jones' character, on the other hand, is the evil executive who actually has a heart (but only for his employees it seems, as he carelessly cheats on his wife throughout the film). He cares more about keeping the thousands of families relying on his company afloat than the company stocks inflated.

The movie follows the lives of the two aformentioned characters and a final man, played by Chris Cooper. His internal demons eat him alive after he loses his job and everything that makes sense in his life.

The film finds a nice balance between anguish and hope and predictably ends in a cliched, wrapped-with-a-bow present to the viewers. That being said, it was touching and well acted. Bound to hit home for many of its viewers, it plants the seed of the American Dream directly ino our hearts. Work hard, stay honest, and it will all work out in the end. 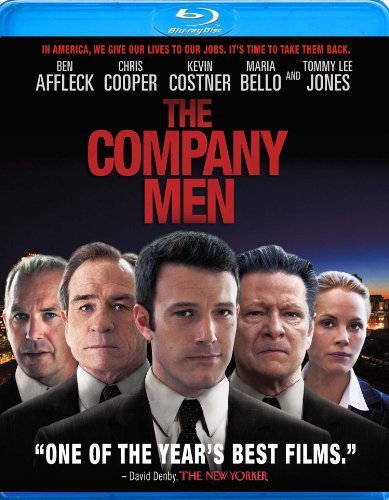