Compelling strategy games for groups of people are quite easy to find but it’s not always as easy to find people to play with. When friends don't want to have a game night I turn to two player games with my boyfriend. Some of the older traditional two player games are great, but when those start to get stale what other games do you mix in? Many of the classic games have been played in some form for thousands of years and have stood the test of time being passed down with each generation. The games I have reviewed below involve some strategy and planning which I enjoy. This review has a mix of older traditional games and newer modern strategy games.

Checkers is a great basic game that most people know how to play. I remember having an oversized version before starting elementary school and learning the way your pieces are allowed to move, intrigued by each time I played. The game is finished in a short enough amount of time it can hold your attention well. There is direct competition between the two players which keeps the interaction high. But as I’ve gotten older I want something a bit more complex.

Chess certainly would fill the desire for a more complex game. Around the time I was 10 I decided to teach myself to play chess. I thought it was so interesting with the different shaped pieces and memorizing how each one moved that I was hooked. My main problem was finding anyone who would play with me. This proved to be too intricate and long of a game to hold other people’s attention.

Backgammon is a game I didn’t learn until after I was out of college and received an amazing handmade board brought to me from Istanbul. Of course I learned how to play right away. In my opinion this is one of the best of the classic two player games. It has enough happening to keep your interest, yet isn’t too long or elaborate to deter others from joining you. This is a game for when you want to relax while you play as it low key and each turn is fairly simple in terms of what you can do with your pieces. As times progress less people seem to know it but it’s definitely a game that will continue to be played for thousands of years. If you have never played I suggest you find a partner and go try it out! 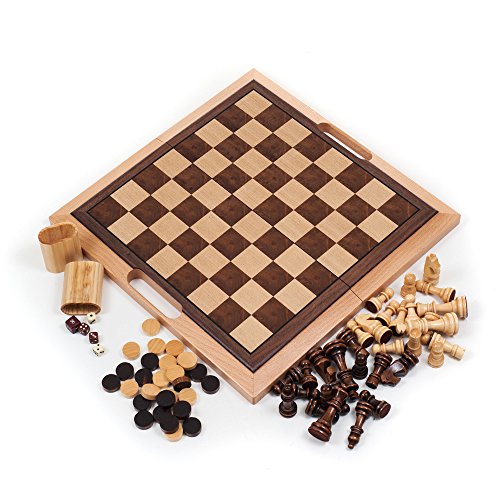 Parcheesi is a form of backgammon which originated in India with versions dating back hundreds of years. This game has changed quite a lot over time, especially as it traveled the globe adapting to the new cultures it was introduced into. Today we play it in America on a board game with dice but when it originated it was played on boards made of cloth, had a slightly different arrangement and utilized cowrie shells to determine how many spots you could move. During the 16th century India’s Mughal Emperor Akbar had a whole “board” set up at a life size scale in his garden and used 16 of his harem girls as the pieces[1]. I was introduced to the game by my grandmother who had the old board from when my mother and uncle were growing up. The bright colors and thrill of shaking the cup of dice in my hand, then dumping them out, drew me in. As a young girl that cup gave an extra bit of excitement to each game played. Parcheesi is quite easy for younger players to understand, but it has remained fun to me as I’ve grown up as you can use more strategy and plan your attacks even better which makes it more intriguing. 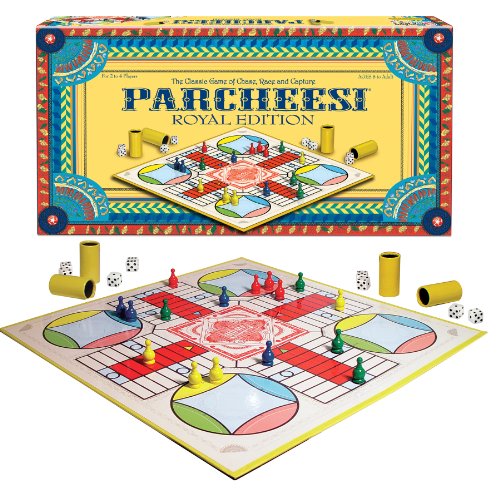 In an effort to find more modern two player games, I asked friends and searched reviews on the internet. I decided to order and try Forbidden Island as it was well reviewed in my price range. It has a good back story where all players are together on an island trying to collect 4 treasures before it sinks. You work with each other in order to achieve this utilizing the special powers you each have. It is a fun game and moves quite quickly but if you are feeling competitive this might not be the game for you. As the “adventurers” you have to work together with your only opponent being the island. This game can be played with up to 4 people. 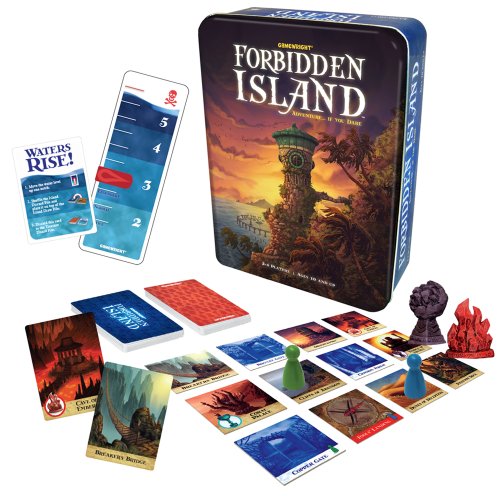 The newest two player game I really enjoy is Carcassonne, which can be played with up to 8 people using expansion packs. It is a strategy game where you are creating the board played on with each turn. The game changes every time you play it which makes it the most engaging of the games on this list, in my opinion. The point of the game is to get the most points by making cities, robbing on the roads or farming the fields by the time you use up all the board tiles. The background is designed to resemble the French landscape as the game is based on and named after the French walled city Carcassonne[2]. I enjoy the simplicity of each move (you select a tile from the lot and place it where you like). Typically you are working towards completing your own pieces to increase your points but you are still in competition with others, in a more relaxed way. I see this as a positive as it doesn't get as cut throat as other games (such as Settlers of Catan). In the photo I’ve shown it being played with the Traders & Builders expansion pack which I enjoy quite a bit. 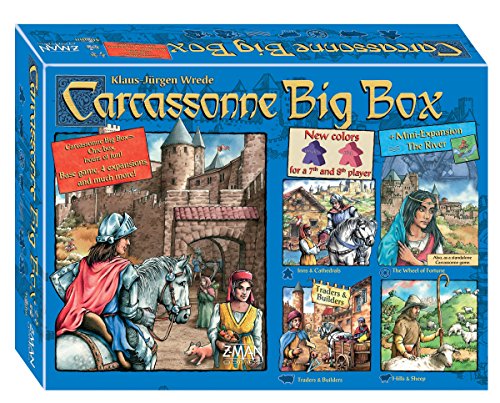 Each game has a specific time and personalities it’s best for. Overall I do just love to play games, especially those requiring more strategy. Lately I’ve been finding Carcassonne to be the favorite among friends as it does let you strategize and doesn’t take a long time to complete (only until you run out of tiles). If any of these are new to you I hope you try them out and find your new favorite too!