Reworking your New Year's resolution to succeed is an article that will try to focus on the big mistake most of us make when we make our resolutions. For most of us the mistake is a recurring one and in order to resolve the issue some measures will be needed to adjust our expectations.

We always seem to set ourselves up for ultimate failure. People will continuously make a conscious decision to again and again quit doing the same thing that they haven't been able to quit doing for years.

Whether it's smoking or over eating, exercising more or gambling less. Each year people make the same mistake. They keep on making wishes instead of honest resolutions. The difference is so great because one you have control over and the other is allowed out of your hands.

A wish is nothing more then a non religious prayer. Your asking the fate gods to change your life. I can guarantee you this will not happen in the majority of cases. Most will find that when they are not involved in producing the actual results, then nothing will change.

Changing your life is not a wishing type of thing, it's a hands on commitment to change the way you do or do not do something. Setting a goal that you have to pray or wish for is probably not going to get the results your looking for and will only lead to a worse case of the blues.

In order to keep a New Year's resolution, the point must be valid. You must really and truly wish to make this change. Only then will you find the will power that it takes to follow through. So making a New Year's resolution stick, will first require that it's a real possibility. Then it must be something we're willing to put our all into. It must be something that is important enough that we can make it happen.

Sometimes baby steps are better then cold turkeys. If your trying to quit smoking, then you probably will have much better results if you try to cut down first. Lower your addiction to the action slowly and eventually maybe you can get to that goal.

When we decide on a New Year's resolution to undertake care should be taken to make sure it's going to be something we can follow through on. Setting out to become a millionaire may be a great goal but failing at it shouldn't be set as a failure. Instead try to get at least a 30 percent rise in your income. 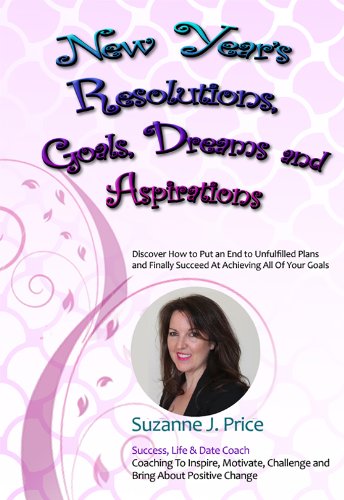 New Year's Resolutions, Goals, Dreams and Aspirations Amazon Price: Buy Now(price as of Dec 20, 2016)
If you are overweight, don't try to set your complete goal as a resolution. It takes far to long for gratification. Set it up so you lose 5 pounds a month or progress to 6 and 7 each month if you'd like to push the envelope. My point is failing is never fun so don't put yourself in that position.

In the same token success breeds more success so if you make your modest goal the first month it inspires you to work even harder each month.

Each and every one of us has many things that they would like to change about themselves or the way they live. Accomplishing these things should never be attempted in one big hurdle, roll along taking in the speed bumps as you go. That way you won't break an axle and you'll make it to the finish line.

When the first few weeks of the new year have passed and the newness of our idea to change has worn off, everyone is ready to give up and indulge. This is the time to rework your resolution rather then fail. Change the goal don't abandon it, smoke less instead of none and exercise a little more instead of less.

Choose your bets slower and smarter if your a gambler and win more. Don't just go back to your old habits. Change your priorities from quitting something to working on quitting that something. If you leave the resolution the way you made it, nothing good is going to come from it at all. At least if you lower your expectations for success then success will come easier and give you motivation to try harder.

Try a monthly resolution instead of a yearly one, or even a weekly goal. Some of us need instant gratification to get the oomph it takes for us to succeed. Taking it a little slower can be just the thing that will promote success in the long run.

So in the end the message is this, it is better to be reworking your New Years resolution to succeed, than it is to be casting it aside altogether. 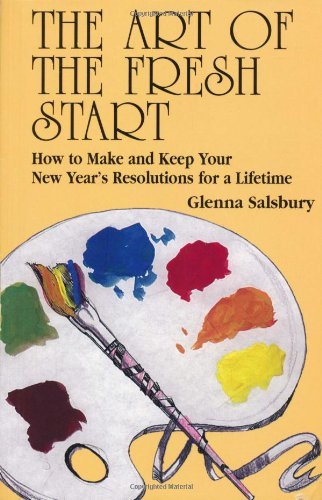 The Art of The Fresh Start: How to Keep Your New Year's Resolutions for a Lifetime Amazon Price: Buy Now(price as of Dec 20, 2016)
Next >> Home Coffee Roaster - Fresh Roast SR500 - Awesome Gift for the Coffee Lover