Robert Ingersoll: The Most Well Known American You Never Heard Anything About

Robert Green Ingersoll was perhaps the best known American in the United States from the late 1860s until he died in 1899. He gave speeches throughout the United States and became the best orator of his time. Ingersoll was a famous orator when oratory was public entertainment. He was an attorney and a Republican considered for presidential nomination except for one flaw. He was a freethinker, promoter of civil rights for women and minorities, and an infidel atheist. He is almost unknown today except for a small cult following.

Ingersoll was the fifth child of an itinerant Presbyterian and Congregational pastor born August 11, 1933 in Dresden, New York where he lived the first four months of his life. His father, John was an eloquent speaker, open minded, an abolitionist and tolerant of other views. His mother, Mary, died when Robert was a year and a half old. John’s abolitionist sermons caused breaches with some of his congregations which required him to move with his family often. These liberal views resulted in an 1842 trial for un-ministerial conduct in Madison, Ohio that forbade John from further preaching the ministry. The Congregational hierarchy reversed the decision and they moved first to Waukesha, Wisconsin, then to Illinois, where John died. It was this bigoted and unjust trial along with the fire and brimstone and "that which was pleasant was not wholly good" messages at revivalist tent meetings that caused Robert to reject his Calvinist upbringing and other versions of Christianity.

In the early 1850s he taught school in Mount Vernon and Metropolis, Illinois. They moved to Marion, Illinois where he and his brother, Ebon Clark, were admitted to the bar to practice law in 1854. The books he read covered a wide range of subjects, and formed his opinions. After reading and practicing law in Southern Illinois, Ebon and Robert moved to Peoria, Illinois to open a law office together. 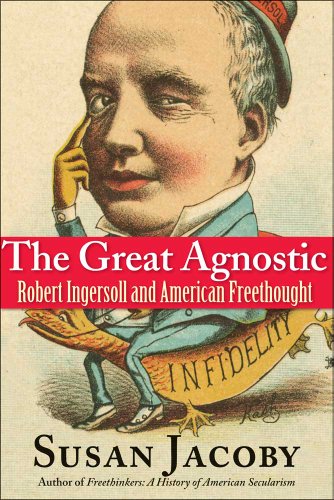 In 1962 Robert raised and took command of the Eleventh Regiment Illinois Volunteer Calvary. They fought in several battles including Shiloh. The Confederates captured Colonel Ingersall. Early in the war, it was common to release officers if they promised they wouldn’t fight after they were released. He agreed to this. Ingersoll toured the North speaking to bolster support the Union cause and abolition until the end of the war. His oratorical ability and reputation became apparent during this time. 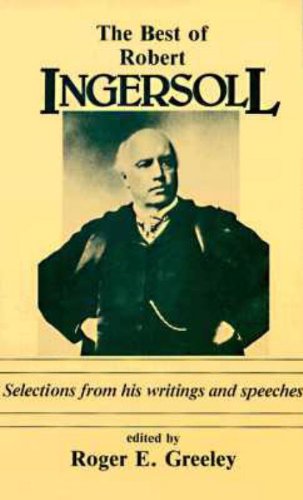 Ingersoll became a Republican because the party’s progressive view was the closest to his own. Ingersoll gave political speeches as well as those promoting an agnostic and atheist religious view. His speeches helped his brother Ebon get elected to congress. His oratorical gifts made him well known nationwide.

In 1867, Governor Richard J. Oslesby appointed Ingersoll Attorney General of Illinois. It was to be the only political office he would ever hold. In 1868 Ingersoll was to be nominated for Illinois Governor. Republicans considered him for the post, but passed him over because he declined to stop giving speeches on controversial topics.

At the 1876 Republican Convention in Cincinnati, Ohio he gave what was considered the best political speech of the era. He gave the presidential nominating speech for James Blaine. It was known as the “Plumed Knight” speech because of his reference to Blaine as a plumed knight. It is the one speech that brought Ingersoll a wide audience. Blaine was associated a railroad scandal and Rutherford B. Hayes received the Republican nomination instead. After Hayes’s nomination, Ingersoll gave speeches to support Hayes. One given at the Grand Army of the Republic Convention was influential in securing a large amount of support for Hayes. Hayes’s opponent, Samuel J. Tilden, won the popular vote, but Hayes became president under a cloud of controversy and fraud.

Ingersoll campaigned for Republican candidates, but didn’t receive political benefits or appointments from such actions because of his controversial inclinations. 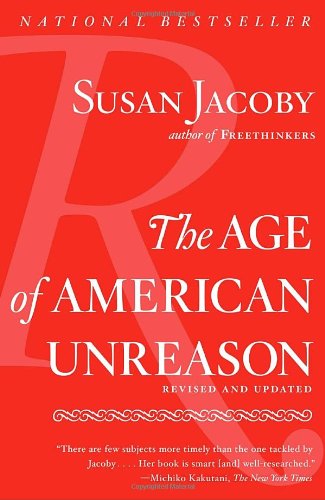 Robert Ingersoll was the most well-known man in the United States between the end of the Civil War and 1899. He was widely known because of his political activity and speeches. What made him a household name was the speeches and debates on reason, secularism, separation of church and state, free thinking, women’s suffrage, agnosticism and other liberal subjects. He could speak on a wide range of subjects from Shakespeare to lives of famous scientists and patriots. He was fond of Thomas Paine, who had fallen from grace after the American Revolution because of freethinking views expressed in Age of Reason.

He received from 400  up to 7000 dollars for one his lectures. In New York, tickets to his performance sold for a dollar with scalpers getting two. In Chicago, he drew a crowd of 50,000. Chicago’s population was less than a half a million at that time. A modern equivalent would be a crowd of approximately 270,000.

Ingersoll didn’t limit his appearances to large cities. He also spoke in small, sparsely populated Midwestern and Western areas. Some spectators had to travel miles on horseback or in wagons to listen to him. He even cultivated a following with the religious. He built a reputation of combining his reason with humor in his speeches in such a way that the religious believers found him entertaining enough that they paid to attend his lectures. 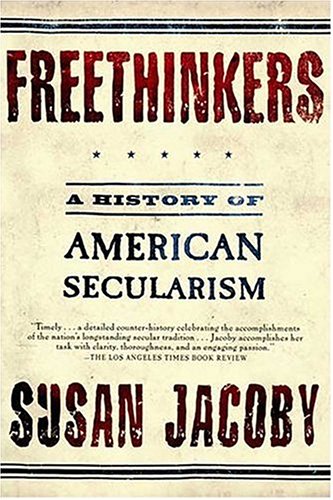 As a lawyer he distinguished himself particularly as counsel for the defendants in the 1880 "Star-Route Fraud" trials of Thomas J. Brady and Steven W. Dorsey and others for exaggerating costs presented to the government to run rural postal routes. The first trial found Brady and Dorsey a mistrial and two other defendants guilty. A second trial found all not guilty. He also gained not for defending Charles B. Reynolds pro bono in 1866 for blasphemy. Reynolds was a freethinker who ran afoul of an old law. Ingersoll lost the case and paid the 50 dollar fine for Reynolds. 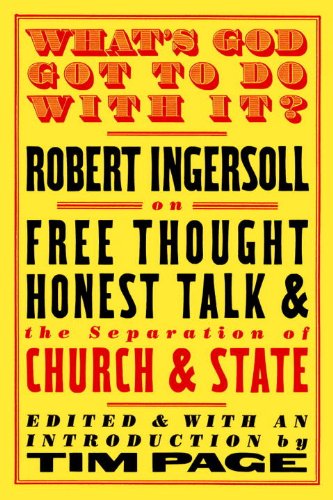 Ingersoll’s opponents called him “Robert Injuresoul”. He further irritated his detractors because he made good money performing. Another irritation was they were unable to find any impropriety in his life. He was a family man, and lived like a family man should. By all accounts, he had a happy marriage and family life. Ingersoll felt person could live a good, productive and moral life without religious practices. He lived that way.

He was well known enough that he had a Texas town named after him. Ingersoll, Texas was founded in the mid-1870s. It was renamed after an 1886 revival meeting, and is now named Redwater, Texas.

Article VI paragraph 3 of the U. S. Constitution states that there shall be no religious test is required to be elected to office. Arkansas, Maryland, Mississippi, North Carolina, South Carolina, Tennessee, and Texas requires belief in a Superior Being to serve in their states. Arkansas declares an atheist not competent to testify in court. Texas doesn’t care what religion, but does require belief in God.

During an interview with Ronald Reagan jr. at the time of his father’s death, a reporter asked the young Reagan if he had political aspirations. Reagan replied that he didn’t, and if he did, he wouldn’t be elected because he was an atheist.