As a student of the liberal arts, I enjoy literature, history, and the humanities. As the founder and general manager of the startup tutoring company, Stopwatch Sessions, I attempt to share this passion with others. Check out our website here. Like Info Barrel? Sign up here.
InfoBarrel is a writing platform for non-fiction, reference-based, informative content. Opinions expressed by InfoBarrel writers are their own.
InfoBarrel > History > Modern History

Rough Riders, Revolution and Sugar: A Look at the Causes of The Spanish American War

The Spanish-American War marked a turning point in the history of US foreign policy. It was this “splendid little war” that helped the US gain the territories of Puerto Rico, Guam, and the Philippines and take the first steps towards becoming the super power that it is today. Understanding the context and causes of the war is essential to understanding modern US foreign policy.

Understanding the context of the Cuban Revolution prior to US intervention is essential to understanding the US decision to declare war on Spain. From 1894-1895, the US implemented a tariff to keep Cuban sugar from entering the US as a protectionist measure for US sugar farmers. With the economic hardship it brought to Cuba, this tariff reinvigorated a revolution on the island against Spain that occurred from 1868 to 1878.

The Start of Revolution

During this period, anti-colonialist sentiment rose in Cuba as revolutionaries gained victories against Spain. In 1895, the Cuban revolutionaries established a provisional government, which received wide support from the American people.[1] However, the McKinley administration refused to recognize it because in doing so, it would relieve Spain of its duty to protect US investment on the island. McKinley pressured Spain to allow Cuba enough autonomy to end the revolution, but Spain took a hardline approach and deployed 150,000 troops to Cuba that later rounded up insurgents and placed them in concentration camps.[2]

Spain on the Ropes

As the Cuban revolutionaries continued to win victories against Spain and gain the support of the American people, pressure rose on McKinley to take action. By 1897, the revolution was increasing in intensity and McKinley sent a warship, the USS Maine, to Havana harbor to help protect US interests.[3] At the time, the US had around $50 million in investments that were increasingly coming under attack by revolutionaries determined to bring the US into the conflict. As the Cuban revolution continued, the American people witnessed damage to around $16 million in US investments in the country and the Maine was sent to help protect the remaining investments.[4] On February 15, 1898, an explosion tore through the front of the Maine’s hull, killing 266 out of 354 sailors aboard the warship.[5]

The Sinking of the USS Maine in Havana

The sinking of the USS Maine in Havana harbor provided the catalyst for US policy makers to declare war on Spain. Although a study conducted in 1976 determined the cause of the explosion was likely internal, Spain was immediately blamed for the incident.[6] Since Havana was under Spanish control at the time, the explosion immediately caused speculation and blame directed at Spain.

The US Declares War

Despite the McKinley administration’s initial reluctance, the US declared war on Spain in 1898. McKinley’s main hesitation with going to war with Cuba involved the outcome. He did not want to be forced into annexing the country for a several reasons.[7] First, given the climate of racism in America, McKinley did not want to be forced into annexing Cuba. Second, the possible annexation of Cuba presented a Constitutional problem. It was unclear at the time if the US Constitution could extend across the 90 miles of ocean from the continental US to Cuba.

It's All About the Money

The US economic model at the time was based around finding new markets for US manufactured goods. The most promising markets of the time were in China. To reach these markets and establish a firm presence, the US needed to establish bases in the region. McKinley recognized that through a victory over Spain, the US could secure bases in Hawaii, Guam, and Manila that it could use as starting blocks for opening up Asian markets.  In addition to business interests, a US defeat of Spain would paradoxically ensure regional stability. Control of bases in the Pacific would give the US the military and economic influence in the region to guarantee its interests in Asia.

You Can't Have Your Cake and Eat It Too

Essentially, McKinley sought the benefits of war while at the same time trying to avoid conflict. He wanted to end the humanitarian crisis of the Cuban revolution, protect US citizens in Cuba, protect US commerce, and promote regional stability all without engaging in a war with Spain.  Public opinion was the key to him changing his policies. It acted to tip the scales in favor of armed conflict to defeat Spain and realize the economic and geo-political benefits that the war brought to the US. 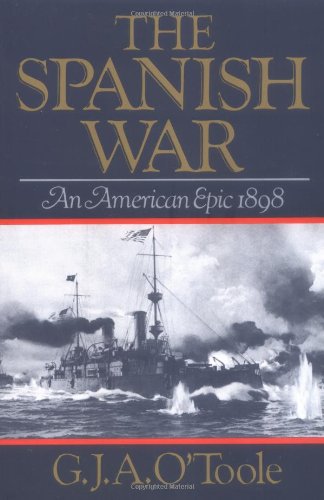