The Inspirational Story of Ryan's Well

Every once in awhile you hear of a story so inspirational, so profound that it defies logic; Ryan’s Well is one of those stories.

Six-year-old Ryan Hreljac saw a need and took action. His first grade teacher told the class many Afrikan children walked for hours searching for water that was often unclean and which caused some of them to become sick and die. This was incomprehensible to Ryan because he only had a few steps to take for gaining access to clean water. He thought, “Why shouldn’t children in Uganda have the same type of accessibility?” That day, he went home and began a non-stop campaign directed toward his parents to convince them to help raise enough money to build a well filled with fresh, clean H2O. He thought he only needed less than $100 to build his well and he was determined to reach his goal.

To him, $100 was a lot of money and he figured this would solve the world’s water crisis. His parents considered his persistent requests and decided he could perform odd jobs around their home to raise the funds needed. After four months, he raised the money but soon discovered it would take a couple thousand dollars to build his coveted well. He not only offered to do more chores around the house, he also went to work speaking to anyone who would hear him out, asking for donations that would go toward providing water to a primary school in Uganda.

From this passionate dedication to helping others, Ryan’s Well Foundation was born.

One little boy’s commitment has had an immense impact on hundreds of thousands of people. Through his herculean efforts, Ryan has built over 700 wells and over 900 lavatories that have greatly improved the lives of 700,000 people in Africa. His desire to make the world a better place, against all odds, has inspired children in more than 600 schools in 30 countries to help raise funds for implementing clean water and sanitation in developing countries. These babes have heard his inspiring story, they know the impossible is possible for young and old alike, and with persistence, dreams are realized if you believe and take action. Although Ryan is considered a hero and an inspiration to thousands of people, it was the impact he had on the school where he built his first well that impacted his own life in a profound way. 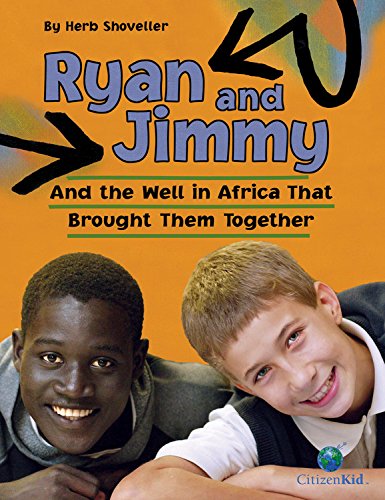 Life in Uganda was difficult for little Jimmy Akana. Every night, he was forced to walk many miles to look for and gather water. It was dark brown in color which was disgusting to Jimmy but it was the only water source available. In order to fill the pot that was used for cooking and washing, he had to make many return trips to his watering hole at night in order to rest and prepare for school in the morning.

When Jimmy’s class began a pen pal writing project, Jimmy wrote what his life was like in his home country to his new pen pal, Ryan, in 1999. He described being terrorized by the Lord’s Resistance Army a few years later, his kidnapping by the LRA, and his harrowing escape from their clutches.

Through the intervention of an influential friend, in addition to lots of time and paperwork, Jimmy was adopted by Ryan’s family and began living in Canada. His new home was a far cry from where he grew up but this new environment allowed him to thrive. He learned the native languages, gained his Canadian citizenship, completed the twelfth grade, and began attending college. He recently graduated and has fully adjusted to life in his adopted country. All of this was made possible by a little boy with a big heart.

Today, Ryan and Jimmy have teamed up to create motivational videos, along with the use of other social media outlets, to passionately advocate for clean water and sanitation for people who desperately need it. The desire to donate a meager amount of money to a Ugandan school has blossomed into a full-fledged foundation that has raised more than $4 million. I’m sure neither Ryan nor his parents ever thought a small investment would change lives so profoundly and empower others to do the same. This is exactly what has happened and the world is certainly a much better place for it.