Saint's Row The Fourth is a game looking to top their predecessor by margins, with all new features, a new story and new characters. Started by THQ and Volition the game was looking to beat their previous title however THQ was struggling and when THQ went bankrupt, Volition was aquired by Koch Media. Once taken over the team added new features and all new aspects of the game to make it bigger and better. Some new features include Magic, Super abilities and many more guns. With a whole new world to play, there will not be a lack of content to compelte and this time instead of owning your own gang, you are now the President and your mission is to fend off against aliens!

At Volition their motto has always been to make a game that is wacky and unqiue yet enjoyable and with more things to do and a quite controversial addition of Magic, the game looks to be a popular title this year. Players will be able to use magic to help them, some include a gravity spell and flight, these will be able to help you fend off the aliens which according to Volition will be much harder than gangs were in Saint's Row The Third which should give players a greater feel of the difficulty and give more of a challenge to the player.

Not only is there magic but you can also use new guns, such as the dubstep gun! The dubstep gun allows users to create a beat that makes all the surrounding people head bob and eventually explode! With the addition of new guns, new cars and other features, Volition are aiming for bigger and better this year.

Since the game has been improduction from the time of Saint's Row the thirds release, the game has not yet been announced for the PS4 and Xbox One however this has not been ruled out as an update for later this year but is unlikely due to the new features not being harnessed.

Overall the game looks like it could be enjoyable to play and could be great playing with friends! Out the 2oth of August in the US and the 23rd worldwide for Playstation 3, PC and Xbox 360. For two other upcoming games you can check out The Division and Watch Dogs. 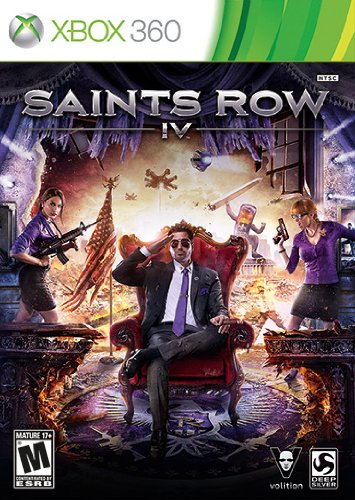