Ceviche (or seviche) is the name of a South American recipe made with fish, fresh seafood and various seasonings that belongs to the traditional cuisine of coastal countries of Latin America (especially Peru).

The origin of the name

There are different hypotheses on the origin of the name of this dish. Ceviche could come from the Arabic word "sikba" which refers to a method of preserving meats in acid, like vinegar. According to the Peruvian historian Javier Pulgar Vidal, seviche comes from the Quechua word "siwichi" whose meaning would be fresh fish or soft fish. Historian Juan Jose Vega suggested in his research that the origin of the word could come from the Arabic term “sibesh”. This term could be related to the way Moorish women, who were kept as trophy when the Catholic Kings in Granada (Spain) won, used to mix sour orange juice, then lemon juice, and raw fish.

The origin of the dish

There are various interpretations on the origin of this dish. Due to the marine origin of preparation, some theories place it in the cuisine of the indigenous peoples of the Pacific coast of South America in the area of â€‹â€‹modern Peru (near Trujillo, Chiclayo, Piura and Lima). According to historical sources, Peruvian ceviche had arisen first among the Moche (Moche culture), on the coast of their present territory for over two thousand years. In ancient Peru, at the time of the Moche culture (two thousand years ago), they used to prepare this dish of fresh fish by cooking it with the fermented juice of a fruit similar to lime, which was locally sourced. During the Inca Empire, the fish was marinated in a kind of corn liquor. Different chronicles report that along the Peruvian coast they used to consume fish with salt and bell pepper. Later, with the Hispanic presence, two ingredients of the Mediterranean culinary traditions were added: lemon and onion. The adaptation of lemon trees to the Peruvian area shortened the preparation time of this pre-inca dish. Juan Jose Vega in his work indicates that Moorish women who came with Francisco Pizarro mixed bitter orange juice, chili, fish and algae resulting in a new local dish called sibech, which in Arabic means "acid food". To prepare it, they mixed the fish in a bowl with the other ingredients, leaving it to marinate according to taste.

The basic ingredients of any ceviche are usually pieces of raw fish or seafood, onion, lemon juice, pepper and salt. You can add other ingredients such as diced red onion, chopped coriander and celery. Today we are going to prepare a salmon ceviche with avocados, that is very refreshing and healthy. Stop thinking raw fish is disgusting. In fact, with the juice of lime, it will "cook" by the action of acid. So it doesn't count as raw ;)

Preparation of the salmon

Make sure you freeze it at least a week before consumption. This will kill anisakis, a parasitic being that can get you sick when you eat fresh, unfrozen fish. To cut the salmon, it is best if we leave it outside the freezer (in the fridge or at room temperature) a while before, until we feel it has started to become soft. In this way, it will be easier to make the cuts without destroying the layers of meat. Once it’s ready, we cut it into small pieces of about 1 centimeter (for a stronger marinade flavor, cut them thicker if you want to taste the fish more intensely) and we place them on a plate between two layers of kitchen paper. This will help the fish lose its natural juice so that your marinade doesn’t end up being a soup.

When your ceviche is almost ready, remove the skin and seed of the avocados, cut them into small pieces and incorporate them to the bowl where you have the fish and the rest of ingredients. Add any salt, pepper or oil if necessary.

Ceviche is best served cold. It can be eaten as a starter, an appetizer (it’s particularly good on toast) or a main (garnish with a fresh, simple salad). You can of course prepare it without the avocado or with other vegetables (tomato, onion). However, I find avocado balances the strong acid flavor and at the same time doesn’t hide the flavor of the salmon.

Once the marinade is ready, it’s time to start “cooking” the fish in it. Add the salmon pieces to the bowl where you prepared the other ingredients. Mix very well, making sure that all the pieces are wet with the liquid. Keep covered in the fridge for 1-2 hours, mixing it often (20-30 minutes). 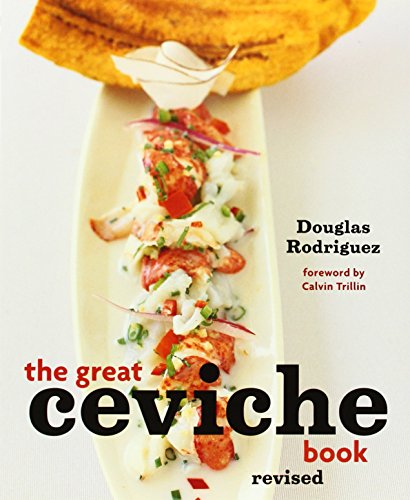 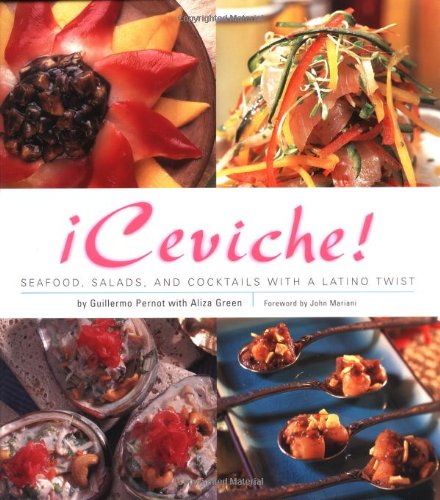 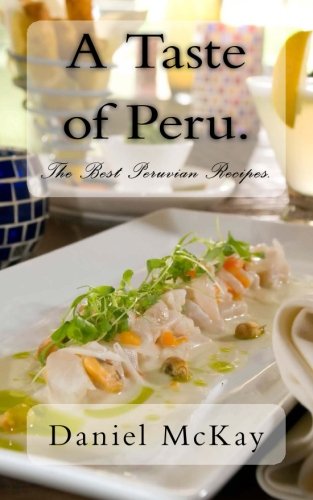 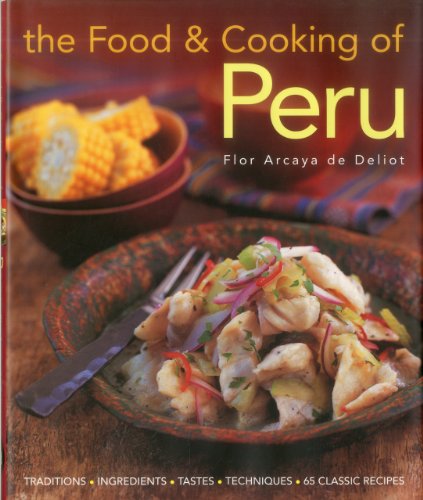 The Food and Cooking of Peru: Traditions, Ingredients, Tastes and Techniques in 60 Classic Recipes Amazon Price: $29.99 $9.99 Buy Now(price as of Aug 28, 2016)
Next >> 6 Make-Ahead Lunches That Aren't Pretentious Health Food