The true story of Lady Sarah Forbes Bonetta, England’s African Princess, is a fascinating one. Rescued from certain death, she is transported to England where she thrives under the protective wing of Queen Victoria. The Princesses regal manner helped her gain the favored attention of the royal court. She was popular, she had few enemies, she was celebrated wherever she went, and she enjoyed a life of unusual privilege in her adopted homeland.

At the time of the Princesses arrival in England, slavery had been legally abolished in her territories. However, the illegal slave trade still occurred on the West African shores of what is now known as Nigeria, a nation which had been colonized by the English Empire. Naval patrols in this region were supposedly sanctioned by the Queen to suppress this activity.

One of those in charge of patrolling the waters was Lieutenant Frederick E. Forbes, an officer in the British navy. He was sent on two occasions to the King of Dahomey to negotiate a truce on the trafficking of humans and to encourage other forms of trade. It was at this point Lieutenant Forbes was made aware of a delicate little girl who was held captive by King Gehezo.

According to European accounts, the Kingdom of Dahomey was a fierce warrior nation, ruled by the equally fierce King Gehezo, that created the majority of it’s wealth through providing slaves to European nations. However, the objectivity of these early writers are suspect because of their own participation in this business, directly or indirectly.

Furthermore, of all the volumes written about Queen Victoria's life, not one can be found about the African Princess who impacted her life. This is very odd. It's a well known fact that historical records can be altered, distorted, or completely ignored to suit the whims of irresponsible historians. Written accounts of African history by these types of persons are no different.

In my research on this subject much discussion is made of Africans selling other Africans in the slave trade, as if this makes the European nation's role in this heinous state of affairs less culpable. While it’s true that some of this activity was due to pure greed, a majority of the African Kings and Chiefs fought to the death to resist involvement in the slave trade. Many of them were forced into it by brutish imperial powers hungry for free labor.

King Ghezo was concerned more so by the political consequences of ending the slave trade because there's a high price exacted when you sell your soul to the devil. The raids he committed against neighboring nations may be viewed as a testimony of his concerns. By all accounts, he was ferocious, heartless, and inhumane to those he dominated, many of whom are said to have cowered and ran for cover at the mere mention of his name. We may never know if he was truly as vile as historians claim or if there were other underlying circumstances which compelled him to act in this manner.

A Gift for the Queen

Not much is known about the Princesses life before meeting Forbes. What we do know is she was of the noble Yoruba bloodline. The royal markings on her face were telltale signs of her aristocratic pedigree. At the time of her capture, it’s believed she was between 5-8 years old and she was slated for ritual sacrifice. Only royals were sacrificed to the ancestors as a sign of honor and respect toward them. Her tender age and virginity may have increased her worth in this matter, as well.With her parents, the King and Queen of Egbado Omoba, beheaded before her eyes, her homeland ransacked and pillaged, she was possibly traumatized to the point of forgetting her own name and her exact age at the time of her capture. It's unfortunate that those details are lost to history. She had siblings also but what became of them is unknown. If not for the intervention of Forbes, the little Princess would have become another casualty of the King who appeared to hold her fate in his hands.As a way of continuing trade with the British Empire and as a gesture of goodwill, King Ghezo gave the girl to Queen Victoria as a gift “from the King of the Blacks to the Queen of the Whites”. After two years of captivity among this rival tribe, she was finally given safe passage to England with Lieutenant Forbes on the HMS Bonetta. 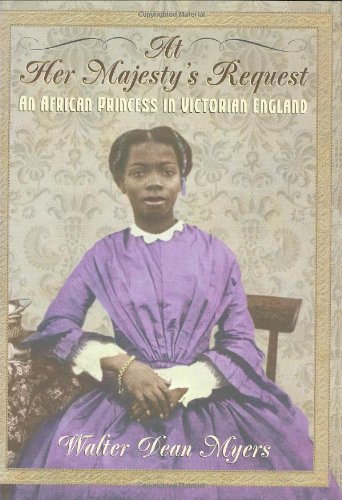 Her entry into British society seemed an easy transition for the Princess. When Lieutenant Forbes introduced the child to Queen Victoria and Prince Albert, they were so touched by her plight they became her benefactors, they paid for her care and education, and they adopted her as their goddaughter. Soon after this she was baptized and christened Lady Sarah Forbes Bonetta, a name given to her by Lieutenant Forbes in honor of himself and the ship that brought her to England. Mrs. Forbes was initially tasked with Lady Sarah’s education and upbringing. She quickly excelled in learning English, mastered her studies, and by all accounts, was a child prodigy. She excelled in music, the arts, and she consistently advanced on every level of her academics over and above her European peers. Lieutenant Forbes described her as a “perfect genius”.

Lady Sarah visited Queen Victoria often, much to the Queen’s delight, and she was a hit in the royal court. The Queen affectionately called her Sally. She got along well with the royal children, in particular, Princess Alice who was about the same age as Lady Sarah. There were few people who met her who weren’t charmed by her poise and grace.

Around the age of 12, Lady Sarah developed a persistent cough that wouldn’t go away. The Queen feared for the child’s health and sent her to a warmer climate to help alleviate it. Lady Sarah lived at the Church Missionary School in Sierra Leone to continue her education and to soothe her cough. During this time her former protector and friend, Lieutenant Forbes, passed away. When her health improved, Queen Victoria arranged for her return to England where she was placed under the guardianship of Mr. and Mrs. Schoen, at the age of 16.

Marriage and Return to Africa

The next year, Lady Sarah was sanctioned by Her Majesty to marry a wealthy African merchant by the name of James Davies. Because Mr. Davies was much older than Lady Sarah, she was not at all happy with the arrangement and refused to marry him. To soften her resolve, the Queen sent her to live with two elderly women in Brighton.

Miserable and isolated, she agreed to marry Davies in an elaborate ceremony in Brighton at St. Nicholas’ Church. The wedding party arrived in 10 carriages of matching grey horses. It consisted of 16 bridesmaids and 16 groomsmen, with "African ladies on the arms of white gentlemen and white ladies on the arms of African gentlemen". Talk of the exciting festivities lasted for quite some time.The Davies’ moved back to their homeland in West Africa where Sarah gave birth to her first child. With the Queen’s permission, Lady Sarah named the baby Victoria and this child also became Her Majesty’s godchild. Sarah traveled with the newborn to visit the Queen once more in 1867, then returned back to Africa.

In subsequent years she gave birth to two more children, Arthur and Stella. There she raised her family and taught in her former school. A few years later, the childhood illness that plagued her early in life returned and worsened. Lady Sarah attempted to remedy it by traveling to Portugal to heal but, sadly, she succumbed to tuberculosis of the lungs in 1880 at the age of 37. 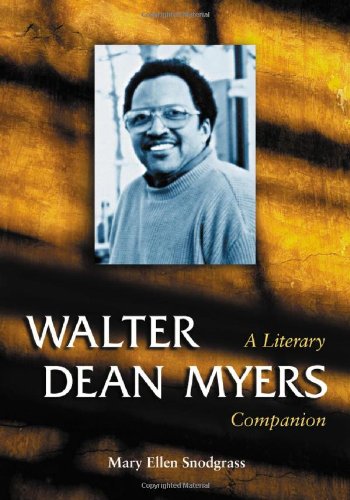