I have a hard time putting into words the pure majesty of the colorful houses and buildings. They are impossibly built on the interior walls of this long dormant volcano. They say a picture is worth a thousand words, in this case I would have to agree.

Santorini is what remains after a massive volcanic eruption around 3600 b.c. during the height of the Minoan Civilization. Thought to have been one of the largest volcanic eruptions the world has ever seen (also called the Thera eruption). The eruption left a large caldera where Santorini is now. It could have been responsible for the end of the Minoan Civilization on the island of Crete 68 miles to the south, through a massive tsunami. Another theory is that the Thera eruption is the source of the legend of Atlantis!

Santorini is one of the few locations in Europe to have a hot desert climate according to the  climate classification system. Which means from April to October it's hot and very dry, average temperatures in the high seventy's. The cold and rainy season is from November to March with temperatures in the fifty's and sixties.

The major industry on Santorini is tourism, and it is especially busy in the summer months. Santorini is one of the top island destinations named by many magazines and travel sites, including Travel and Leisure and U.S. News.

The traditional architecture of Santorini is low-lying cubicle houses made of the local stone. They are all brilliantly whitewashed or lime washed with different volcanic ashes used as colors. Most of the houses have extensions built into the rock. The air-filled pumice provides great insulation qualities, keeping the occupants warm in the winter and cool in the summer.

When your ship arrives in Santorini, and I say ship because that is how majority of tourists arrive. The captain and the local pilot will decide where to drop anchor. The ship may drop anchor twice, that's because Santorini has two ports: Athinios and Fira.

Tenders will ferry you to the port of Athinios for guided tours. The tours will finish in Fira, then you can take a tender back to the ship.  Athinios unfortunately doesn't offer much for tourists, so I recommend heading straight to Fira, if that is possible.

If you dock in Fira you can take the cable car up the side of the cliff, or do like I did and take the donkey ride, which is one heck of an experience. You will feel the effects on your butt for a while, but it is a must do.

When you reach the top I'm sure you will want to explore. Scooters are available to rent for the adventurous.  Maybe just strolling the beautiful cobbled lined streets and mingling with the locals and shopping would be more your style. Another must do is lunch and a glass of wine, enjoying one of the best views in the world. The food and wine in Santorini is fabulous, and they treat you royally.

Your time on Santorini will be short, but the memories and pictures will last you a lifetime. 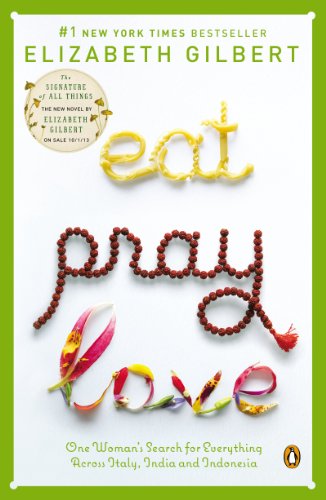 Eat, Pray, Love: One Woman's Search for Everything Across Italy, India and IndonesiaAmazon Price: Buy Now(price as of May 28, 2014) 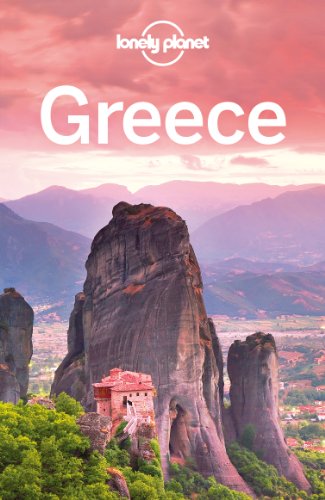 Lonely Planet Greece (Travel Guide)Amazon Price: Buy Now(price as of May 28, 2014)
Next >> A Punishing Hike to Mt. Ypsilon in Rocky Mountain National Park