InfoBarrel is a writing platform for non-fiction, reference-based, informative content. Opinions expressed by InfoBarrel writers are their own.
InfoBarrel > Sports > Fishing

What do you really know about the Sears 5 hp outboard motor?  Over the years, it has taken many turns and name changes, the most popular of which was probably Gamefisher.  Did you know that the company itself has never actually produced these?  Did you know that the engines have been made by no less than five manufacturers?  This name brand, whether you look to buy one new or used, has run the gamut of the boating world.  In this article, we’ll take a look at it in a little more detail. 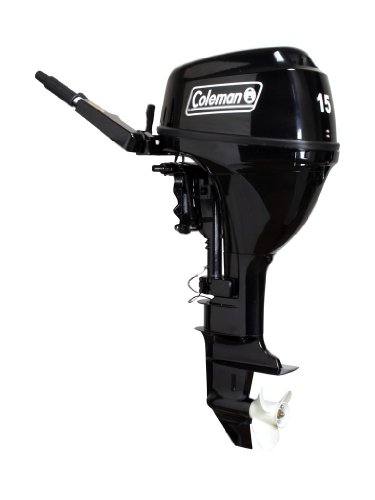 Sears Roebuck does not make this engine and hasn’t for years and years.  They contract other manufacturers to produce them and put their name on them.  This is not uncommon at all for any company to do.  It’s a practice that has been around for years and is employed by virtually all major retailers selling items under their own label.  Most of these units have been air cooled, not liquid cooled.  Believe it or not, they have contracted with many companies over the years to produce their lineup of quality five horsepower outboard motors.

These days, it’s a Coleman brand, four stroke that is known to be a good trolling unit or one to power a small dingy or rowboat.  The Coleman name is well-known for camping supplies and is a maker of what is considered a well-priced boat engine for the Sears line.  You can buy them under 950 dollars and sometimes even cheaper for the 9.9 hp model.

Back in the 1930’s you could buy something called the Sears Waterwitch outboard motor.  It was ¾ horsepower and was well known to be a great, ground breaking model, especially the 1938 Waterwitch.  You can see them in old fishing museums and old boat shows.

The Simpson was popular in Canada and was just another example of the manufacturer’s product.  You will find reference to them online and can buy them in used condition on many different sites or through the classified ads.

Eska was yet another maker that put out the engines for the company many years ago.  Now defunct, Eska was known to produce lightweight, fairly reliable units that fisherman spoke highly of.  You will still find many Eskas on the market today for sale in good used condition.

Ted Williams was a maker of great outboard motors of all sizes many years ago, and they contracted with Sears back in the day.  They produced some very good engines that could move a boat around very well.  You can still find these around today, almost 40 years later.

Gamefisher was the name back in the seventies and a portion of the eighties.  The Tecumseh motors performed well on almost any small fishing boat.  This was probably the best received of all the manufacturers and it served to put a name behind the engines they were selling.  They were back in color and air cooled.

There have been many different sizes over the years.  You could buy a 9.9 horse, 3 horsepower, 15, and 7.5 horsepower outboard from Sears at various points in time.  There were some other sizes out there, but these were among the best.  The 5 hp Sears Roebuck models have always been the most popular and have stood the test of time.

This is just a small little history of the Sears 5 hp outboard motor.

Coleman 15 HP Outboard Motor Amazon Price: Buy Now(price as of Nov 5, 2016)
Next >> How To Effectively Fish A Riprap Shoreline