What a magical world

I consider myself very fortunate to live near the Gold Coast, there is not another place on this planet where I would rather reside.

It's a fabulous city with over 50 km of magnificent white sand beaches, along the breathtaking coast and subtropical forests and mountains on its hinterland. There are lakes and rivers and canals.

The lifestyle is great, laid back and casual. Most people wear thongs (flip flops), pretty much all year round.

The climate is just fantastic, summers are not so hot and humid like in north Queensland and winters are very mild, much warmer than in Sydney or especially in Melbourne.

Enough raving about the Gold Coast now, maybe I should write another article about that sometimes, what I really want to talk about is Sea World, which is a theme park.

I love theme parks, many years ago, I used to work at Disneyland in Paris and I had a blast for the 12 months I was there. On our honeymoon, my husband and I went to Disney World in Florida. Now I live in a place that has 4 major theme parks, plus lots of other family and animal parks and other attractions. This place is like The Land of Toys from the 'Adventure of Pinocchio' book (which was called Pleasure Island in the Disney version). Hopefully nobody will be transformed into donkeys.

Joking aside, Sea World is my absolute favourite theme park around this area. It belongs to Warner Brothers Village, the same as Wet and Wild and Movie World.

Sea World offers  rides, shows and interaction with animals, all in one park.

If like me you are not into super scary rides and love animals, this is the park for you, plenty to do and see for the whole family. Small children may love to go for a dip in the water park section, if it's a hot day. The water is very shallow, but there is also a huge water slide. The water park is free, if you stay at the Sea World Resort or if you have the VIP Gold pass it's $5 per person.

The annual pass is cheap. For AUD $99, you buy a VIP pass with unlimited entrances to all the 3 parks for one year, in addition to that, we also got another deal, by buying 3 tickets we got the forth ticket for free. The management must have figured out that if people get in cheaply, they will spend more money in food, drinks and merchandise and that's how they make most of their profits. Pretty clever, I guess. In some periods they also offer an upgrade to VIP Gold Pass, which allows you to enter to some Christmas and Halloween special nights activities and also cheaper entry to the Water Park section, in addition to some other discounts. See the Sea World website for more details.

Considering that the single entry ticket is priced between $69.99 and $89.99 (depending on the offers available), the VIP pass is the way to go, great value for money.

The rides are good especially the new Storm Coaster with amazing water and fire effects.  If you don't want to get too wet, avoid sitting at the back.

Jet Rescue is a jet ski roller coaster type of ride. It zooms around the tracks taking you the the quest to save  the trapped Sea Lion.

The Sea Viper is a roller coaster ride, a thrilling experience with its inverted double corkscrews, which passed under the Sea World Monorail.

For this ride, you board a log style carriage, climbing up through the Viking’s castle before dropping into the waters below at the speeds of 58 km per hour.

Castaway Bay is an adventure playground with a pirate theme. There are boats from which you can fire water and a Sky Fortress that can be climbed with rope bridges, tunnels, slides, games and puzzles, and if older kids want a challenge, they can try the Sky Climb and balance at 12 meters above the ground (the Sky Climb is a paying activity).

Beach Break Bay is a themed children's area, including a carousel. This area is great for younger children.

On the Sky High Skyway you can enjoy amazing views of the park.

Shark Bay has a fantastic above water and underwater viewing areas to admire the most beautiful tropical fishes as well as stingrays and sharks.

Watch the dolphins swimming, splashing around, jump and interact with each other, within this large sandy lagoons.

A beautiful frozen exhibit, home to the King Penguin as well as the Gentoo penguins with views from both above and under water perspective.

Penguin Point is where you can see the cute and little Fairy Penguins swimming around and having fun.

Watch the playful seals play and sun bathing in their little paradise at Seal Harbour.

An interactive pool area with over 100 stingrays that you can feed, touch and observe.

Observe the only Polar Bears in Australia: Hudson, Liya and Nelson in a close imitation of their natural habitat.

All the below activities are paying activities in addition of the entry ticket to the theme park.

Prices varies and therefore it's best to consult the Sea World website, there is usually a discount, if tickets for these adventures are purchased online.

Most of the animal adventures include a souvenir photo, to help you remember this memorable day.

There are a few packages available enabling you to get up close and personal to those magnificent animals. You will be in the water with a dolphin's trainer while experiencing dolphins swimming towards you, you can even pat them and play with them.  This is a fantastic, once in a lifetime opportunity. Although a bit expensive, it's something you will never forget.

Behind the scenes Polar Bear Shores

A Sea World Education Officer will lead you on a discovery journey on the world of Polar Bears. Visit the kitchen area where the food is prepared, explore then dens and play areas.

Come face to face with these cute animals on a behind the scenes tour of the Penguin world. Experience various penguin activities like a feeding session.

Learn about the three different species of seals living at Sea World, including the New Zealand Fur Seal the Australian Sea Lion and the Californian Sea Lion while they demonstrate their amazing underwater skills. Pat and play with these lovable creatures in the water.

Experience a breathtaking shark feeding session, within the acrylic cage in the Shark Lagoon, where you will see these amazing creatures very close.

Trainer for a Day

If you wish to experience what it’s like to be a dolphin trainer at Sea World, you can participate to this program and find out! Enjoy a fantastic Dolphin experience in the water, learn about Sea World’s role in rescuing injured marine mammals, learn how dolphins and other animals are trained, meet the seals, learn about Polar Bears and much more.

Watch SpongeBob and his friends to a fun parade of floats in the water. Kids will love it.

Some of the best Jetski riders performing incredible stunts on Sea World’s Lake.

In my opinion the highlight of this park is the Dolphin Show. You will be amazed by this intelligent Bottlenose Dolphins and their performance while interacting with their trainers.

Two lucky people (most of the time children and teenagers) are usually picked from the crowd to interact with the dolphins and have their pictures taken.

Take your seat early during the holidays as it gets really busy.

Sing and dance along with Dora and her friends in this live musical show.

Clever and cheeky Sea Lions are the main stars of this hilarious show, playing detectives Buddy and Clawde, the two creatures have the task to investigate who is stealing the harbour fish supply.

Put your 3 D glasses on and enjoy the underwater world adventures of SpongeBob and his friends.

All in all a day spent at Sea World is very enjoyable for the whole family, but try to avoid school holidays, if you can, the park is really crowded and you may end up queuing  45-60 minutes for each ride.

The only not so positive note is about the food and the drinks, as you can imagine, the same as any theme park of this type, they are well overpriced, on the other hand I was pleased to see the introduction of some healthier options, like salads and fruit salads, but if you are going to eat 'junk' anyway, there is a cheaper alternative. Just outside the park there is a Macca (McDonald in Aussie slang :-)

You are not allowed to bring your own food into the park, unless you have special dietary requirements, but I would suggest at least bring a few bottles of water, as they are really pricey.

A part from that, have lots of fun! 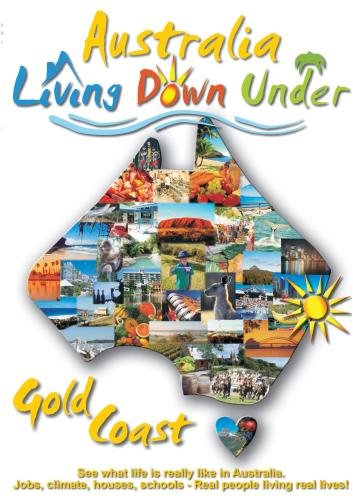