Secrets from a Telecommuter

Why would anyone want to work from home?

The primary reason for someone wanting to work from home is usually commuting traffic. Telecommuting gives a chance to escape the daily stress from a long, time-wasting commute. Traffic has been getting worse in most cities for years. Prices of houses in the downtown core are nearly always rising. When they aren't, the quality of life in the area is going down. People move to the urban areas or farther away. That means that they need to drive into town along with thousands of other people. The roads are not adequate to handle the volume of traffic so long traffic jams result. A lot of cities now experience massive traffic jams each morning and again in the afternoon.

A typical traffic jam is traveled at a speed of less than 10 miles per hour making a typical worker wait 1.5 hours to travel to or from work. By telecommuting one day a week, 3 hours of commuting is saved. That equates to over 150 hours a year or over 6.25 days that were otherwise wasted by sitting in traffic. Two days a week of telecommuting saves 300 hours a year. These times are for normal commuting days. During exceptional events like severe weather, a major accident or a damaged roadway, the commute times can increase substantially. Increasingly frequent traffic disruptions may double or triple the amount of time each commuter spends in the traffic jam.

Obviously there are some ways to avoid commute traffic. Some jobs allow workers to shift their work hours. By coming in very early, the morning traffic jam might be avoided. This usually means leaving the house at a very early time such as 6AM or earlier. Usually, however, the shift in hours will only avoid one of the traffic jams, morning or afternoon, not both. This is because more people than ever are using the work hours shift. The people coming in early tend to leave early. This means that there is more early traffic and an earlier start to the afternoon traffic jam. To avoid both morning and afternoon traffic jams, a worker would have to come in very early and stay late. Some workers may chose to do so, but that would feel like each work day is a 12 hour or more ordeal.

Telecommuting is a great option for many who wish to avoid traffic jams. Time is saved. Gasoline is saved. The environment is saved due to less carbon dioxide and other automotive emissions. Vehicular wear is saved. Ironically, productivity is usually increased, perhaps substantially. 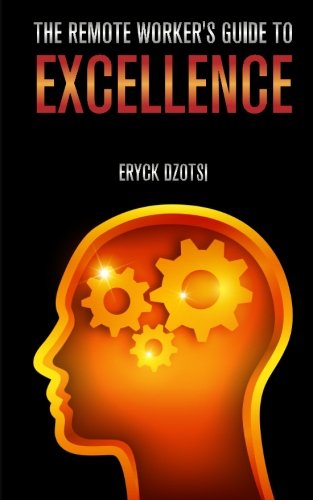 Many, (most?), managers fear the concept

Unfortunately, management acceptance of telecommuting is a difficulty for many potential telecommuters. Usually, the worker has to formulate a comprehensive proposal to management that will extol the benefits of telecommuting. The proposal will also have to forecast risks to the organization and ways to minimize the risks.

In truth, the manager will likely be reluctant to approve the proposal due to an aversion to risk. If the manager does nothing, then there will be no risk. If a manager approves a telecommuting proposal, then there may be risk. The other workers may want the same arrangement. The executive managers will want to know what is going on, why telecommuting is being implemented and how it is working out. Many of the risks perceived by managers are not the same as those documented in the worker's telecommuting proposal. Anything that brings a spotlight onto a manager and their department is viewed as undesirable by most managers. Just by raising the issue, the worker brings attention, and possible risk, to the manager.

Many managers, especially senior executives, are much older than their staff. These managers are especially reluctant to accept modern telecommute options for staff. They never had such options in their career positions. They have worked for 20, 25 or more years at the organization and have not had regular telecommuting work days. They usually live in the high end locations in the city and so are not as affected by traffic. In short, managers are usually not receptive because they don't have to deal with the same work conditions that face the potential telecommuter. Ironically, however, many of these same managers use remote work options such as after-hours email, teleconferencing and even video meetings. They are just not used as a regular scheduled work activity. In addition to the risk that managers feel telecommuting brings to their department, the manager may feel that the worker is trying to get a benefit that is not widely available. 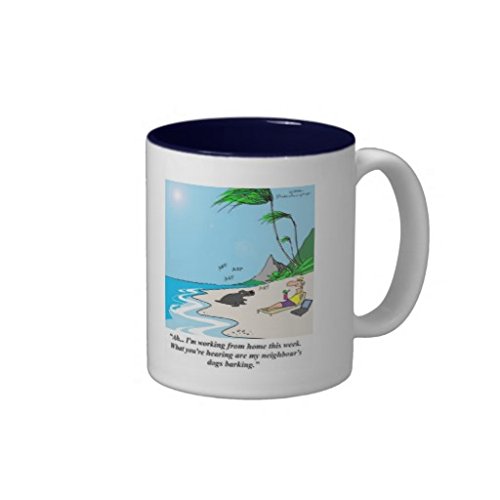 The Telecommuting Business Analyst # 1 Mug Amazon Price: Buy Now(price as of Jan 31, 2015)
Oh, I'm working from home this week. What you hear is my neighbor's dog barking.

Fast Internet is a must

Fast Internet now makes telecommuting possible. In fact, many telecommuting workers find that their working arrangement is virtually identical from a remote location. Organizations now use distributed servers more than ever. That means that the data created and used by office staff is likely stored at a great distance from the office. Connections to the office servers are via high speed Internet links. All access to data is via protected accounts using data encryption.

Whether the worker connects to their files from the office or from their home, the path to the servers is the same. In some cases, an encrypted connection to an authentication service might be required. This establishes a software protection that works like physical devices that are used at the office. In many cases, the software protection is generated at the server location so access speed is virtually identical whether the data is accessed from an office or remotely. With an authenticated connection to the office server, all of the protected resources are available. Internal web sites can be reviewed. Secure servers and network drives can be accessed. Files can be retrieved and saved at the server location. 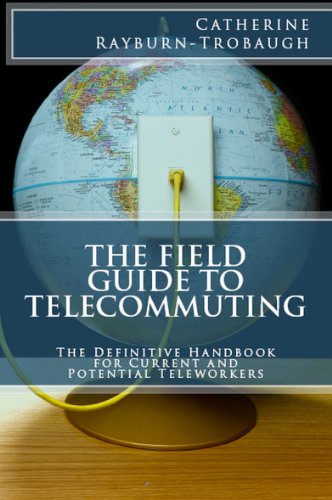 The Field Guide to Telecommuting: The Definitive Handbook for Current and Potential Teleworkers Amazon Price: Buy Now(price as of Jan 31, 2015)
Next >> How Does Working from Home Affect your Social Life?