Sedos Presents I Love You, You're Perfect, Now Change at London's Bridewell Theatre

Sedos – Stock Exchange Dramatic and Operatic Society – one of London's most well-respected amateur theatre groups, presents I Love You, You're Perfect, Now Change at the Bridewell Theatre from 8th to 12th March 2016. 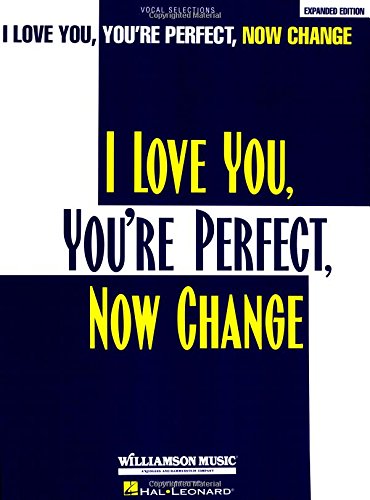 A Celebration of the Dating and Mating Game

Credit: Copyright image by Michael Smith for Sedos 2016. All rights reserved.With book and lyrics by Joe DiPietro and Music by Jimmy Roberts, I Love You, sometimes referred to as Love, Perfect, Change is the second-longest running off-Broadway musical- a celebration of the dating and mating game.

Taking the form of short vignettes, this hilarious review looks at that extraordinary and puzzling thing – “the relationship”. Sometimes funny, sometimes painful and sad, the show examines and reflects on the intricacies of love. No angle is ignored. From love's young dream to the geriatric dating scene, the show explores almost every possible scenario of our relationships. 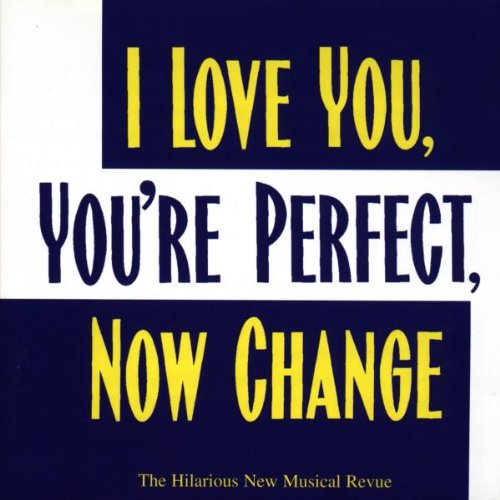 Directed by Emma J Leaver, this Sedos production flows seemlessly from one scenario to the next. We laugh and we cry as the cast take us on a journey through life's ups and downs in the form of conversations between friends.

Although originally located in New York City in the 1990s, Sedos has successfully relocated Love, Perfect, Change into London in the 21st century.

Musical Director Michael Cannon has brought out the best in the cast. With excellent diction, performers put across the joy of a relationship or the underlying loneliness or vulnerability experienced by so many people. In an unusual step, the show is performed acoustically thus enhancing those emotions. Director Emma J Leaver says: “at Sedos we are not afraid of making changes and creating different performance experiences – that is what amateur theatre is all about. Although the show was un-miked every word was crystal clear, and at no time did the band, located to the side of the stage, overpower the singers. 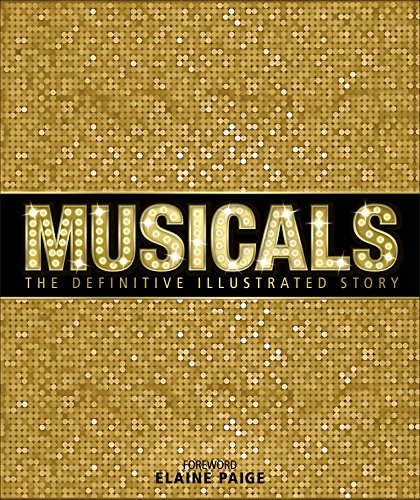 Infobarrel: Please tell us a bit about yourself.

Emma: I joined Sedos in 2012 after relocating to London from Melbourne, initially as a lighting op and Assistant Stage Manager on a number of shows, then Stage Manager of Autobahn and Macbeth before directing In Cahoots in 2014. Last year you may have also seen me lurking about the Bridewell as a Supernumerary in Legally Blonde and as Assistant Director / Stage Manager in Centre Stage’s Rent. I am an events manager by day and a bit of a coffee snob!

Previous to my time at Sedos, I have over 10 years amdram experience in Melbourne – starting from founding UMMTA (University of Melbourne Music Theatre Association) in 2002 which has now become the longest continuously running student theatre group on campus. I worked with a number of amdram companies in Melbourne– both onstage and offstage; my final project was directing The Musical of Musicals: The Musical! which was in the Melbourne International Comedy Festival.

Infobarrel: What inspired you to direct this show?

Emma: When I first saw this show it had a large ensemble cast; it was joyous, energetic and particular numbers have always stuck with me – such as the Opening and Closing, I Will Be Loved Tonight, Less in Love with You and I Can Live With That – and I thought it was time they should be shared with a London audience. I love the fact that it is concurrently a cabaret, a sketch show and a song cycle that explores relationships and everyday stages of love – from being single, dating, through to marriage, parenthood and love and loss later in life. The enjoyable contrast of songs with relatable, honest lyrics with some completely ridiculous, absurd, character-based scenes has ensured it is second longest running off-Broadway production of all time.

Infobarrel: What are the main challenges in a show like I Love You? (or Love, Perfect, Change as we call it!)

Emma: The show is very much a product of the 90s – written around the time of self-help bestsellers like Men are From Mars, Women are From Venus and no doubt influenced by mainstream sitcoms that focussed on domesticity and relationships such as Home Improvement and Mad About You. Therefore the challenge has been ensuring a 20 year old, fairly stereotypically gendered script, is not gallingly cliché for the modern audience. Additionally, the humour is very American-centric; influenced by exaggerated characterisation often found in improv and sketch comedy, so having to translate that to contemporary British sensibilities has been a creative challenge.

Emma: Unlike casting many shows, when you are looking for particular characters, we were essentially casting a repertory company. The main qualities we were looking for were the ability to tell a story through song, comedic timing, relatability and someone who is happy to work within an ensemble model. Importantly, the ability to hold one’s own in an acoustic show was also a major factor.

Personally, I also think that it is important to try and get the balance of experience in a cast. As an amdram company I feel we have a responsibility to not only actively support experienced performers but also develop the potential for those new (or returning) to performing. We must be actively aware of our own potential unconscious bias of falling into the trap of casting only familiar faces.

Infobarrel: When I last saw this show it had four cast members who took all the various parts. I see you have twelve cast members and wondered why?

Emma: I believe it’s important to take risks in amateur theatre whether in casting, choice of shows or direction as that is what keeps a company from stagnating. I saw this show over a decade ago with a cast that had been increased from its standard four person ensemble and it was bubbling with life. There is a beautiful piano sitting forlornly in the back corner of the Bridewell theatre doing a very good job as a props table that I thought needed more stage time.

Credit: Copyright image by Michael Smith for Sedos 2016.And thus the idea of an acoustic show was born; creating an interesting performance dynamic and something new conceptually for the company that would play better with a larger cast. By increasing the cast to 12 it allows for a new interpretation for those who have seen the show before, whilst also creating a fuller sound in the ensemble numbers while, on a practical base, not becoming too taxing on the cast performing acoustically for six consecutive shows (and a dress rehearsal) in one week. Sedos also has a large talent pool to draw on and I wanted to ensure we continue to provide performing opportunities for the membership whose strengths are in singing and acting.

Infobarrel: One of the questions readers often ask me is: how do you plan a show like I Love You that takes the form of multiple vignettes? Is it very different to a show like In Cahoots which you directed for Sedos in 2014?

Emma: When we were casting individual scenes Mike (Musical Director) and I were very careful to try and balance the performance opportunities amongst the cast; we wanted to create different cast formations wherever possible. There were many versions of the show (and screwed up pieces of paper!) before we settled on this formation. A show of vignettes is challenging not only for the direction team but for the cast; each vignette needs to be its own world, its own mini-play with a beginning, middle and end – rather than having than performers have the one character and motivation to drive through the entire show. As a huge fan of Saturday Night Live, I really enjoy directing short scenes and am very influenced by the absurdity of improv comedy. I have challenged the cast to come up with backstories for each of their scenes to quickly establish character.

As a director you also have to think of the show as a whole, so while it's important to embrace each scene for its own uniqueness (it's farcical characterisation or its everyday relatability) I have also framed the show as a conversation with a group of friends. You arrive and tell your humorous stories since the last catch-up; the terrible date you've been on, the over-exaggeration of an interaction with your in-laws, the cringe-worthy new parents you've visited - relatable and comical in their universality. Then, as the conversation progresses, you get comfortable and slowly reveal how you really feel; underlying loneliness, a sense of vulnerability, and our collective, continual desire for making a meaningful connection to another person. Thus the opening and closing mirror each other and the cyclical conversation continues, just as relationships do.

Since its inception in 1905, Sedos has encouraged young actors, helping them develop their theatrical skills through courses and workshops run by the Society. Anyone can join the company – perform, get involved in production, sew costumes, design or create scenery, or help front-of-house.

Sedos' Future Plans - What to Look Forward To

Sedos enjoys a well-deserved reputation for the finest amateur productions ranging from drama to musical theatre.

Through 2016 Sedos audiences can look forward to Such Stuff as Dreams Are Made On; Refer Madness; Whose Life is it Anyway? London Road, Frenemies; The Ritual Slaugher of Gorge Mastromas; One Man, Two Guvnors and Candide. Dates and venues are on the Sedos website[1].

Get Directions14 Bride Ln, London EC4Y 8EQ, UK
Next >> Learn to Love Classical Music. Find Out What Amazing Songs You May Have Been Missing!