Sedos presents One Man, Two Guvnors at London's Bridewell Theatre from 4th-8th October 2016. Infobarrel speaks exclusively to the Director and Musical Director about the complexities of staging this show.

One Man, Two Guvnors - The Plot

Bean's adaption sets the play in Brighton in 1963. After being dropped by his skiffle band, Francis Henshall becomes minder to Roscoe Crabbe. This small-time gangster is in Brighton to collect £6,000 from his fiancée’s father. However, Roscoe is not Roscoe at all! Roscoe is actually his sister Rachel who is posing as her own dead twin brother, murdered by Rachel's boyfriend Stanley Stubbers.

Whilst still working for Roscoe, Francis grasps the opportunity to make more money. He takes on a second job with Stubbers who is hiding from the police while he waits to be re-united with Rachel. Francis must keep his two guvnors apart and that's where the fun starts.

Alexander Baker: Given the mix of written and physical comedy, improvisation, music and audience interaction it is a hard show to cast. I held improv workshops for the first round of auditions which all auditionees came to cold. That was a really great way of seeing more of their raw talent. I think farce works best for the audience when the characters are believable but find themselves in situations they can't handle, so I was quite keen to cast actors who didn't lean into the humour.

Credit: Sedos image by Seb RobertsInfobarrel: After successful runs at The National, the West End, and on Broadway, this play received a variety of nominations for both the Tony Awards and the Outer Critics Circle Award. The Guardian claimed it was "A triumph of visual and verbal comedy. One of the funniest productions in the National's history”. Sedos productions are always of the highest calibre, but do you think this put even more pressure on Sedos cast members?

Alexander Baker: No more than for any other well-known show. Richard Bean's script is fantastic and our main challenge was doing his writing the justice it deserves. There is a particular type of pressure with a comedy play – it is hard to get right and I have worked the actors quite hard to ensure audiences enjoys themselves as much as possible.

The original was a huge success and many people remember James Corden in particular. I've tried to maintain fidelity to the spirit of the original production, but there is no point trying to copy what was a unique production or to try and replicate specific portrayals.

What was more important to me was that the actors, and the decisions they have each taken about their characters, fit together as a whole – that their characterisation worked both absolutely and in relation to the other actors in the show. I've never encouraged my cast to align their characters to portrayals in the original. Some of the cast haven't seen the original which has helped ensure their approach is fresh.

Infobarrel: What were the greatest challenges in staging this comedy?

Alexander Baker: The set/staging was one of the most challenging aspects. The Bridewell is a beautiful theatre but it placed some constraints on us in terms of how to make the physical elements of the show work (particularly the dining room scene). I was also quite keen to keep set changes as short as possible, but the action flicks between interior and exterior scenes fairly rapidly.

It is also quite a technical show in places, and pulling all of the bits together has been demanding for the cast, singers, band, crew and creative team alike! 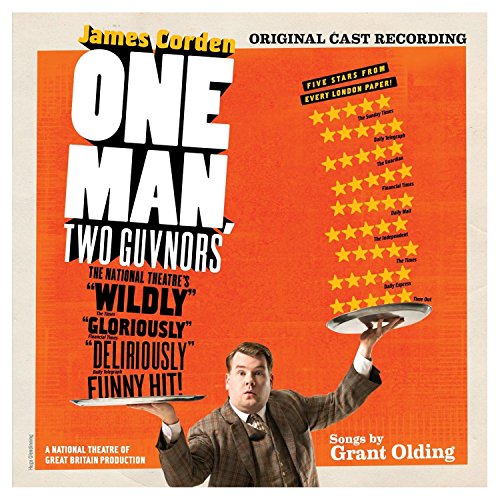 Although very powerful, the music doesn't need a large orchestra. Musical Director Ed Curry tells us more about this.

Infobarrel: I believe you have been both a performer and Musical Director for Sedos.

Ed Curry: I've got a broad range in terms of my musical background, from opera to power metal and most things in between. I originally got involved in theatre as an MD over a decade ago, but also enjoyed performing when a fellow MD suggested I tried as it helps to know what it's like being on the other side. After moving to London in 2010 I was in the cast of West Side Story (2011), and was musical director for Hot Mikado (2013). I've also performed at the Bridewell with other societies (Geoids and Centre Stage).

Credit: Sedos image by Seb Roberts. All rights reserved.Infobarrel: How do these experiences influence your approach to One Man, Two Guvnors?

Ed Curry: Previous experiences of arranging music for plays probably influenced my approach more than MDing musicals, although Hot Mikado taught me that fixing a band in London on an amateur show's budget is a bit tricky.

The score for that show has some really difficult parts, so to make it sound good I relied on a rotation of professional players doing it for fun around other gigs, but that meant I had a rather fluid line-up. With One Man, Two Guvnors I think the music is quite powerful in setting the play in its time. We wanted the music to reflect a side of the early 60s pop music that doesn't usually feature in the skiffle/beat soundtrack. The music that we've got doesn't need a large array of instruments and works best when it's really fun, so I've assembled a band of super-talented friends who freed themselves up to play together every night, and I'm really looking forward to being part of that!

Infobarrel: What special vocal qualities were you looking for at the auditions?

Ed Curry: For the actors, who all sing one song at the end of the show, we wanted to make sure they could hold a tune and keep in time, so having a cast who could pull it off with style was in a way a bonus. But in terms of auditioning singers, I knew that I'd be writing a lot of arrangements so there would be a lot to learn in a short space of time, and I'd need people I could rely on to learn from sheet music I sent them. On top of that, the music involves a lot of close harmony so it was important to keep accurate intonation even when I was playing deliberately clashing accompaniments. 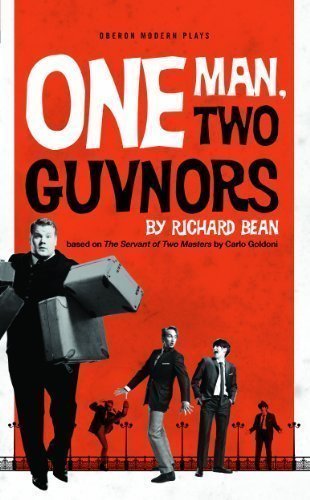 Sedos - Looking to the Future

During 2016 audiences have enjoyed productions such as Pornography, I Love You, You’re Perfect, Now Change, Such Stuff As Dreams Are Made On, Reefer Madness and Whose Life Is it Anyway? In August London Road was a huge success and we still have Candide to look forward to at the end of November.

The Sedos programme for 2017 is even more exciting:

All these productions will require a strong pool of talented people from producers and musical directors to performers and scenery designers. Sedos welcomes new members, nurturing their abilities and creating outstanding amateur theatre such as One Man, Two Guvnors. As usual Sedos rise to the occasion giving us truly a memorable night out!

Get DirectionsBride Ln, London EC4Y 8EQ, UK
Next >> Learn to Love Classical Music. Find Out What Amazing Songs You May Have Been Missing!