Seriously, Do You Really Think Bonds Are Good Investments?

Many financial experts will recommend owning some bonds. Usually, it is recommended that a 30 year old has around 30% of their portfolio in bonds and a 60 year old about 60%. Is this good advice or is it absolutely ludicrous?

Well, first let's see what a bond is. A bond is a piece of paper which allows an individual to lend out money to a company, city, or country. In return, over a period of time, that individual will get back their initial investment including interest. The interest itself would be the profit or return on investment.

So, what is the average return on a bond? A 30-year U.S. government treasury is paying around 3.1%. At first, this may sound fairly decent, right. Let's compare it to a savings account, which is paying just under 1%. Actually, the 3.1% sounds better than just decent, or does it?

In reality, the 3.1% interest that an individual would earn isn't actually 3.1%. One must factor in taxes and potential inflation. In essence, one is lending money to the government and “hoping” that the government pays them back. See, this is where is gets complex. Suppose the U.S. government defaults on it's $17 trillion deficit. Will bond holders really get paid? That is a fantastic question that nobody truly can answer. Moreover, what if monolithic inflation kicks in, will you actually make a profit on your bond investment? Furthermore, which tax bracket do you fall under?

There are some other types of bonds out there as well. They include other foreign bonds, such as South American, African, or European. They pretty much work the same way as a U.S. treasury would. The only problem is that these are typically more risky. Let's look at a Venezuelan bond. It currently pays over 15% for a 10-year bond. So, you are supposed to receive the 15% interest in 10 years, that sounds pretty awesome, right? That is if Venezuela has the ability to pay it's debt on time. What if you don't get paid the interest, are you willing to take the next flight to Caracas and force the government to pay you? Here is another interesting bond, a Pakistani bond. It pays a whopping 13%! Sounds great right, suppose India and Pakistan launch their nuclear arsenals at each other, are you going to fly to Islamabad to get your money?

Some other high-yielders are in southern Europe. Economists and wall street analysts like to call them the “PIGS” (Portugal, Italy, Greece and Spain). Why call them PIGS? Because they ate up all of the money and left a mess. Many of these countries borrowed monstrous amounts of money and couldn’t pay it back. Some prominent investment firms took the plunge into these “PIGS” and lost everything.

There is still another type of bond out there, it is a municipal bond. A municipal bond means that one lends money to a city. The funds are used to construct bridges, tunnels, highways, etc. Some of these bonds are considered” low-risk”, but can you really tell what your mayor is going to invest in next? Moreover, how do you know it will be an intelligent investment. Lets' look at Detroit. Umm, it went bankrupt! Where did all of the bondholders' money go? That is what the entire nation is asking.

Now, don't get me wrong, bonds are not completely worthless and some people do make a profit off of them. Some individuals flock towards corporate bonds where the bondholders are supposed to get paid first, even if the company goes belly up. In some cases, this does occur and bondholders are spared. One should realize that bonds are not the necessarily the risk-free investment we have always been told.

Historically, they were not anything special and you never hear of an individual becoming a self-made millionaire from “investing in bonds”. Then again, maybe that individual enjoys prolonged flights to Nairobi, Bogota, and Harare. 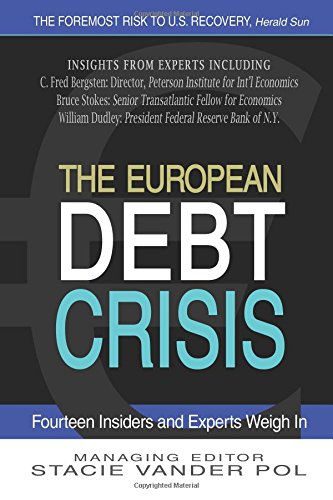 The European Debt Crisis: Fourteen Insiders and Experts Weigh In Amazon Price: $15.65 Buy Now(price as of Jun 14, 2016)
Next >> 6 Easy Ways to SEO Your Business