Macbeth is one of William Shakespheare's finest plays.  It is the story of Macbeth, a soldier in Scotland who hears a prophecy of becoming king.  What follows is a downwards spiral of murder, betrayal, disloyalty and death.  Macbeth is one of Shakespeare's darkest plays.  It is full of death, and very few characters have a happy ending.  I know that alot of people dislike Shakespheare simply because he is hard to understand.  I hope to make this wonderful play easier to understand and allow you to enjoy it.  I will take a look at the characters, plot and themes of Macbeth.  Let's start with the Characters.

Macbeth:  Macbeth is the main character of Macbeth.  He starts out as a high-ranking soldier in the Scottish army.  He is the Thane of Glamis.  Macbeth is a powerful soldier, capable of single-handedly turning the tides in battle.  He is loyal and respected, one of the most honorable people in Scotland.  This loyalty is tested when he hears a prophecy about becoming the Thane of Cawdor, and then the king.

Banquo:  A soldier just as admirable as Macbeth.  One of Macbeth's closest friends, he fights along side him in battle.  Banquo also receives prophecies, although these are cryptic and contradictory.  He has a son named Fleance.

Lady Macbeth:  Macbeth's wife, a seemingly innocent woman with evil in her heart. She is the main driving force behind Macbeth's initial choices, but is slowly consumed by guilt as the play moves on.

King Duncan:  Kng of Scotland.  He is a good king, honest and respected.  He trusts those around him easily, although this is his fatal flaw.  Has two sons, Malcom and Donaldbain.

Ross, Lennox, Macduff, Angus:  Thanes.  They all have small supporting roles in the play, often delivering information and fighting in battles.

The Witches:  Three witches who tell Macbeth his future.  They are everything you would expect witches to be:  evil, mischevious, and not to be trusted.

Macbeth begins with the witches, who plan on meeting Macbeth.  Macbeth had just won a battle against Macdonald, a traitor, and The king of Norway.  Macbeth defeated both, and Duncan tells Angus to give him the title Thane of Cawdor.  After the battle, Macbeth and Banquo are talking amongst themselves when they see the witches.  They Witches tell Macbeth three things:  He will be the Thane of Glamis (which he is), The Thane of Cawdor (He will shortly be) and King.  Banquo is told that he is not as great as Macbeth, but he is greater.  He is not as happy, yet happier.  His son shall be kings yet he shall be none.  They are both confused by this, when Angus shows up and tells Macbeth he is the new Thane of Cawdor.  Macbeth immediately thinks of murdering Duncan to become King, but tries not to think about it.  When Macbeth gets back to Duncan, he finds that Malcom has been named the next King after Duncan.  Macbeth is upset by this, yet doesn't show his emotions.  He goes home to speak with his wife, Lady Macbeth.  He tells her that Duncan will be at their castle that night, and the two plan on killing him.  That night, after much hesitation, Macbeth does the dirty deed.

After the body is discovered the next morning, Malcom and Donaldbain get suspicious and flee.  This results in them being framed for the murder, and Macbeth becomes king.  Macbeth feels insecure with his kingship though, as he is worried about Banquo's sons becoming King.  He decides to kill them both, and sends three murderers after them.  Banquo is killed, but Fleance escapes.  Macbeth holds a banquet to celebrate his Kingship, where he has an unplesent visit with Banquo's ghost.  He goes into a panic, which worries all of his guests.  He feels more insecure then ever, so he decides to go see the witches again.

The witches give him four prophecies.

Macbeth is greatly upset by the last prophecy.  In his anger, he calls for Macduff's family to be killed.  Macbeth has become an evil tyrant.  Macduff's family is murdered, and Ross sees this.  Macduff had went to England, hoping to overthrow Macbeth and return Malcom to the throne.  Macduff is informed of his families death, and is full of rage.  He vows to kill Macbeth. They form and army and head to Dunsinaine.  Lady Macbeth has been suffering from extreme guilt, and kills herself.  Macbeth finds out about this, and feels sadness for the first time since becoming king.  He then hears a report that says the trees of Birnam are heading to Dunsinaine.  Malcoms army had cut down the trees to use as camouflage.  Macbeth begins to feel fear, but knows that no one of woman born can harm him.  Malcom's army arrives at the castle and a huge battle begins.  Macbeth kills several people, and eventually runs into Macduff.  The two trash-talk eachother, and fight for a bit.  Macbeth gets the upperhand and tells Macduff that he is safe from harm until he meets one who is not born of a woman.  Macduff reveals that he was born via C-section, and Macbeth realizes he's been tricked.  The two fight again, and Macbeth is killed.  Peace has been restored.

Ambition - There is alot of ambitious chacters in the play, none more so than Macbeth.  He wants to become king so bad that he ends up using dishonest means to get there.  His ambition is uncontrolled, and it ends up destroying him.  Other ambitious characters include Lady Macbeth and Macduff.

Appearance vs. Reality - "Fair is foul and foul is fair."  This play uses this idea alot.  Almost every character pretends to be someone they're not at somepoint to decieve somesone.  Again, Macbeth is a prime example.  Playing fair but plotting foul.  Other characters that fall under this theme include Lady Macbeth, Banquo, Macduff, Malcom, Donaldbain, and the witches.

Guilt - Guilt is another important theme in Macbeth.  Macbeth, Lady Macbeth and Macduff all feel guilty at some point, and they all suffer from the consequences.  Macbeth cannot sleep, Lady Macbeth kills herself and Macduff loses his family.

Hopefully this article made Macbeth make more sense, and helped you enjoy it.  There are many resources online about Macbeth and Shakespeare in general, so you should check those out as well.  I hope you enjoyed. 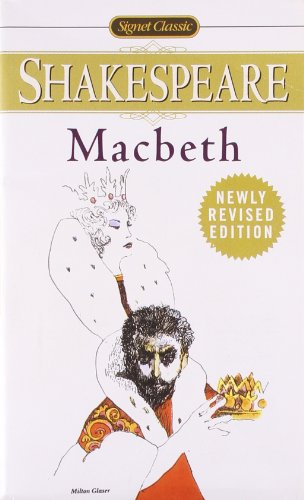