In the 7th episode of the first season of Shark Tank four business ideas were presented. Out of the four businesses presented only two were able to walk away with an investment from the Sharks.

Leslie Haywood has created product for barbecue grilling called Grill Charms. She is seeking an investment of $50,000 in exchange for 25% equity in her company.

Haywood, who does a lot of grilling at home, recoginized that there was a problem with distinguishing different meats with regard to the way they are cooked, for instance spicy versus mild. So she created special charms that you can insert inside the meats before you start cooking. The special charms have different pictures, logos, and abbreviations on them to differentiate between spicy and mild or medium rare and well-done.

After Haywood demonstrated how the product works, all of the investors seem to be interested. They ask her where is she currently selling here products. She mentions that she is currently in 103 independent stores in the USA, Canada, and Sweden. In addition to that, she reveals that she has had over $60,000 in sales for the past year. Haywood also tells the investors that a set of 6 charms retail in stores for $19.95.

O'Leary makes her an offer of $50,000 for 50% of the business and a 7% royalty. Harrington immediately jumps in to offer $50,000 for 50% of the business. He also sells his expertise on selling products directly to consumers via infomercials. As Herjavec is about make an offer to partner with Harrington, Daymond sells is experience in bringing "As Seen On TV" into retail stores. Harrington ultimately agrees to partner with Daymond on the deal. Barbara, recognizing that this has become a bidding war, decides to bow out.

Herjavec desperately wants to join in on deal with Harrington and Daymond, but Harrington does not believe they need a third partner. Herjavec, who is essentially cut out from Daymond and Harrington's deal, makes his own offer for $50,000 for 25% ownership in the company.

At this point Leslie seems to be a little overwhelmed and asks to step out to make a call to her husband. After mentioning all of the offers, her husband tells her to ask that Harrington and Daymond reduce the amount of equity that they want in the business.

O'Leary, who Leslie has pretty much ignored, asks about his offer. She responds by saying that she does not believe that she can work with him. The investors cannot resist laughing at her response. O'Leary has essentially been eliminated by Leslie.

Leslie, who seems to really want to work with Harrington and Daymond, shockingly, turns down their offer to work with Herjavec, who has offered her exactly what she asked for. 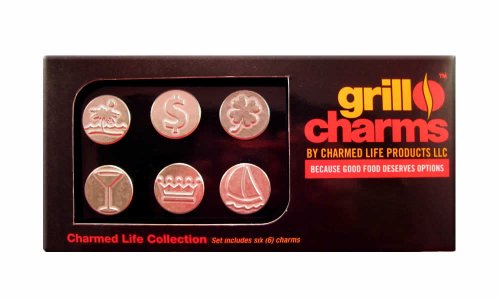 Todd Robbins and David Adamovich, who want to create a live entertainment venue called The Funhouse in New York's Times Square, are seeking an investment of $300,000 in exchange for 20% of the business.

Todd Robbins, a magician, and David, a knife thrower, want to create a 25,000 square foot facility that houses 5 different venues with ongoing live performances including a restaurant with a live stage.

After explaining the concept to the investors, the investors, O'Leary in particular, want to know how the business is going to make money. Robbins explains that they are going to charge $15 for admission. He also projects that they will gross $9.4 million in their first year.

O'Leary asks how they will be able to attract customers. Robbins say that they will attract customers via foot traffic from outside the venue. Haggerty wants to know how much it is going to cost them to build the venue. Robbins reveals that it will cost approximately $1.5 million to build the facility. Barbara inquires about the monthly operating costs. Robbins reveals that The Funhouse will have operating costs of about $7.4 million annually.

After all of the costs involved to getting the business going are exposed, all of the investors bow out because it is too risky.

Dede Barbanti-Parra and Kathy Lamm have created a fitness DVD program called Boogie Box Fitness. They are looking for a $700,000 investment in exchange for 70% share of their business.

At one point Dede, who is a mother of three children, had weighed over 200 pounds. After trying different fitness programs on the market that did not work, Dede decided to use her background in choreography, dance, and martial arts to create a fitness program, Boogie Box Fitness.

After demonstrating some of the dance moves, the investors want to know about current sales. Lamm tells the investors that they have no sales for the DVD. However, they do bring in revenue from certifying instructors, teaching live classes, and workshops. Lamm, clarifies for the investors that they are offering ownership in the DVD side of their business. She believes that 80 to 90 percent of their sales will come from DVD sales. Lamm also reveals that there overall business has brought in only $15,000 to date.

Daymond asks about their following or fan base. He wants to know if they have any proof that their program works. Lamm refers to one of the demonstration participants, Brenda, who has lost 100 pounds using the program.

O'Leary asks how he would get his investment back. Lamm says that she projects that they will sell over 1 million units over the next three years. These numbers are based on the sales of their competitors in the market. O'Leary contends that their competitors have spent a fortune on preparing an infomercial and buying media time. Daymond John adds that it will be difficult to sell 1 million units and, ultimately, bows out.

Haggerty asks about the production of the infomercial. They say that it will cost $175,000 to create the infomercial. Herjavec, who is concerned about investing $700,000, asks is there in other way to do the business. Lamm responds by saying that they would rather go big than small. Herjavec believes that the deal is too risky considering the size of the initial investment coupled with the fact that they do not have any type of DVD sales. As a result, he is out.

O'Leary, like Herjavec, asks if they have any other type of model. He says that an investment of $700,000 is like investing in a feature film. He adds that this type of investment is like a crap-shoot. O'Leary decides not to invest.

Haggerty likes their work-out but does not believe that their brand is established and is out. Barbara likes the brand name and their story, but she thinks that they made a huge mistake by asking for too much money. Barbara says that if she had requested a smaller investment to test the idea, then the investors would be all over the idea. Barbara decides not to invest.

Sawyer Sparks has created a soy-based modeling clay called Soy-Yer-Doh. He is looking for an investment of $125,000 for a 25% stake in his company.

At the moment, Sawyer, who is a college student, is manufacturing the product from his mom's kitchen. He would like to use the $125,000 investment to build a commercial factory in his hometown of Bloomfield, Indiana.

Daymond asks have he tried to license the product to any toy companies. Sawyer reveals that he has been contacted on several occasions by the Play-Doh company. This revelation gets all of the investors attention. The investors want to know what Play-Doh thought about the product. Sawyer says that Play-Doh wants to buy his patent. In spite of all of that, Sawyer says that he wants to create jobs in his community.

Sawyer, recognizing that O'Leary is the best guy for the licensing side, asks O'Leary if he can increase the investment size since he does not want to decrease his equity. Daymond comes back into investment offering to add $200,000 if Sawyer allows O'Leary to negotiate the licensing on his behalf. Herjavec, who wants to be in on the deal, adds some more money to the offer.

O'Leary, Daymond, and Kevin offer Sawyer $300,000 for 51% of the company. Sawyer ultimately accepts their offer.

Wrap Up of Episode #7

Grill Charms - This was a very clever solution for the millions of people who like grill.

FunHouse - There was just too much risk involved in this deal. The idea is not proven and they need a ton of capital just to get started.

"You are definitely built like a god...Buddha to be exact" -Daymond John 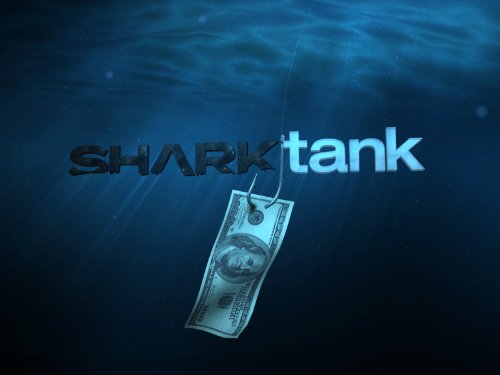 Here are more articles that you  may enjoy about the Shark Tank.

Even More Shark Tank Terminology That Your Should Know