No Shearing Required - the Dorper

The Dorper sheep breed is a South African breed brought about by crossing Blackhead Persian ewes with Dorset Horn rams. Experimentations began in the 1930s to produce a high quality carcase under extensive conditions. The need for such a carcase arose from the rejection of carcases from fat-tailed indigenous breeds at London's Smithfield Market. Because consumers were used to New Zealand Canterbury lamb, they were not keen on the South African mutton and lamb being offered.

The Blackhead Persian is a hardy, fat-tailed breed from Arabia, used to living under desert conditions. From this breed, the Dorper inherits hardiness, adaptability, pigmentation and a hair fleece. The Dorper sheds its fleece making maintenance much easier. It is a non-selective grazer. In addition, the breed is very fertile with good mothering instincts. It will breed every eight months and raise a high number of twins. Fine leather products are manufactured from the pelts. The lambs from this cross are fast growing and heavily muscled. They produce very satisfactory economic returns under a variety of conditions. The ewes, if kept, are excellent mothers that are aseasonal ie they can be bred throughout the year.

By 1946 the breeding project was completed and four years later the South African Dorper Breeders' Association was established. The breed is now fixed giving a reliable replication of characteristics. Over the next few years, there was some controversy over the black-headed type and a pure white sheep. In the end the black-headed type remained the Dorper while the all-white sheep became the White Dorper.

The Dorper is barrel-shaped. The hair on the head is short. The fleece covering the forequarters is predominantly wool with a natural clean kemp underline. Purebred rams reach 90 to 120 kg in weight and ewes 50 to 80kg. In Australia, Dorper/Merino first cross lambs reach a bodyweight of 36kg at between 105 and 120 days. This liveweight produces a carcase of about 16kg.

Dorpers adapt to a variety of conditions from 760mm rainfall areas to semi-tropical to arid conditions. They will adapt to most types of grazing and there is some evidence that they prefer fibre to grain. This makes them good candidates for under-utilised, poorer quality pastures. Purebred lambs start to graze within a few days of birth and first-cross lambs at about a fortnight old.

Because of the hair component of the fleece and the shedding trait, Dorpers are not prone to fly-strike. They do not need shearing, crutching or mulesing. Dorper ewes have good maternal instincts and the lambs are very mobile at birth. This means survival rates are high with 100% averages being common and in excess of 150% possible under good conditions. 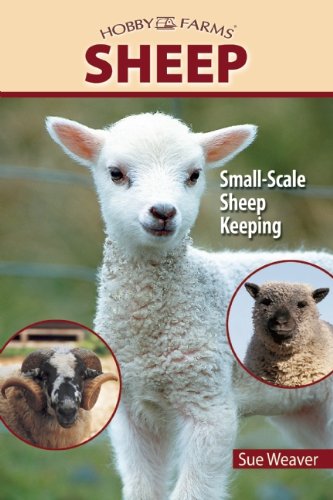 Sheep: Small-Scale Sheep Keeping For Pleasure And Profit (Hobby Farms)Amazon Price: $18.32 Buy Now(price as of Sep 2, 2013)
Packed with information and all in an easy-to-read format

In its home country, the Dorper accounts for over 1/3 of the total number of sheep. The Dorper can now be found in the Middle East, Canada, Australia, South America, Mexico, China and the United States.

In the USA, it is one of the fastest growing breeds. The Dorper was imported into Australia in 1996 and is making a mark in domestic and export meat markets.

There are four key areas with the potential for the development of markets. These are: