Sheep Breeds Endemic to the United Kingdom - The Dorset

The Dorset sheep breed is one of Britain's native sheep breeds named after the county in which it originated. There are two types of Dorset – the Polled Dorset and the Dorset Horn but apart from the horns, they can be considered together as one breed. The Dorset is popular as a terminal sire for use in prime lamb production.

The Dorset Horn is one of the earliest of the recorded British breeds. The first patroness of the Dorset Horn was Her Majesty Queen Victoria. This was in 1892, the same year as the publication of the first Flock Book.

The Dorset is classed as a short-woolled sheep. It is a meat breed, economic to keep, tough, hardy and adaptable to most climates and management systems. It also bounces back well from adverse conditions.

As far as can be ascertained, the Dorset Horn began when Merino sheep were brought to southwest England by the Spaniards and were crossed with the Horned Sheep of Wales. It wasn't long before the crossbreds were dispersed over most of Wales. They had also found their way into Dorset, Somerset and Devon. The early Dorsets all had horns. They were dual purpose sheep admirably suited to the needs of the farmers of that era. 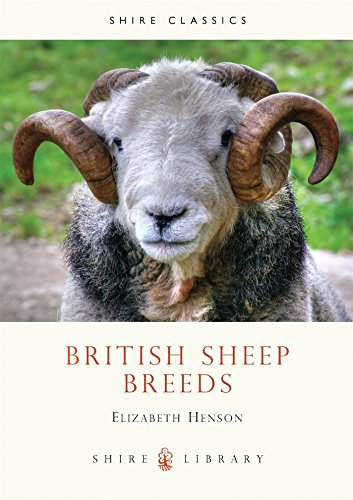 British Sheep Breeds (Shire Library) Amazon Price: $64.96 Buy Now(price as of May 1, 2016)
British sheep breeds have adapted to make the best use of native pasture. A rich range of specialist regional breed types have developed as a result.

In 1885 the first Dorset Horns were taken to the United States. A mutation in the flock at North Carolina State College in Raleigh, North Carolina resulted in a polled animal. Stringent testing and research was carried out until it could be proven that the polled animals carried all the features of the horned breeds. In 1956, polled Dorsets were accepted into the registry of the United States.

In New Zealand, Dorset Horns were imported in 1897 but the breed did not take off. In 1937 there was a further importation but numbers remained relatively low. The horns became unacceptable for commercial enterprises as they caused damage when trucking and were unpopular with shearers. It is now regarded as a rare breed in New Zealand.

In Australia, the path to a polled Dorset type took a different path. Polled genes from two other breeds were introduced from 1937 to 1954. These were then back-mated until the offspring were again close to 100% pure Dorset blood.

"Bunny' Lenthall left the UK to visit Australia in the 1950s. His aim was to investigate the viability of the Poll Dorset. When he returned to his home country he took two stud rams with him. While the attributes of both the Poll Dorset and horned Dorset remain the same, personal preference has seen the poll type take over as the most numerical in all countries where it is raised. 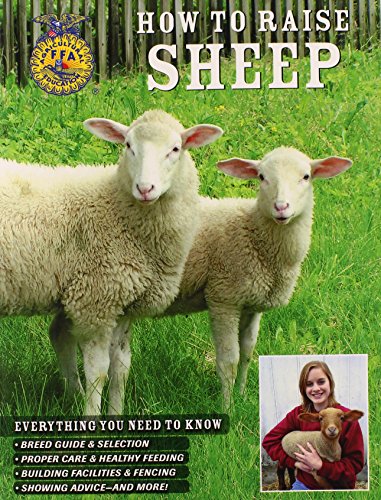 How to Raise Sheep Amazon Price: $19.95 $9.20 Buy Now(price as of May 1, 2016)
Every aspect of raising sheep is covered in this book. The merits of the various breeds are discussed along with information on organic, sustainable, and conventional methods of farming.

The Dorset is classed as a white sheep and is of moderate size. The fleece is very white as are the face and legs. The nose is pink and the hooves light coloured too. Young Dorsets have an even deeper pink nose and hooves like mother-of-pearl.

Its muscular development is suited to meat production and it adapts well to variations in climatic conditions.

Average paddock weights for rams are regarded as 225 to 275 pounds and for ewes 150 to 200 pounds. They are an early maturing breed with some yearling rams exceeding 100 pounds. Fleece weights average 5 to 9 pounds for ewes. Length of staple ranges from 2.5 to 4 inches. Wool extends right to the hocks and knees and is fine and dense. There should be no kemp or coloured fibres. It is a popular wool for blending purposes and adds sponginess to doonas, bulk knits and pillows.

The face is covered with white hair as are the moderately sized ears. The area from the brow to the poll is well covered with wool. The ears are firm. The mouth is broad with flat, chisel-shaped teeth and a firm bite. The neck is strong and should join the shoulder without there being a depression at the collar area. It has a deep, full chest and a broad back. The ribs are well-sprung. It is a muscular sheep with full, deep quarters and well-muscled thighs. Flesh extends to the hocks. The tail is set up high, almost on a level with the back.

The legs are strong and of medium length. The feet are compact and white. The animals stand squarely and the rams have a bold, masculine appearance. The horns, in those individuals that have them, should be spaced well apart on the crown and on the same plane. They curve down and curl forwards as close to the face as possible without cutting into the head. The horns on ewes are much smaller in size.

The Dorset will mate and lamb throughout the year. Three lambings in two years is not unusual for this breed. The Dorset is very prolific. The ewes have well-developed maternal skills and an excellent milk yield. Lambing problems are uncommon and lambing rates of 120% are not unusual. Lambs may put on a pound a day and provide a dressed carcass weight of 34 to 36 pound at 10 to 16 weeks of age. The lean meat to fat ratios are outstanding and the meat has excellent eye muscling with great tenderness and taste.