Sheep Breeds Endemic to the United Kingdom - The Hampshire Down

The Hampshire Downs sheep comes, not surprisingly, from the county of Hampshire in the south of England. There are several sheep breeds which incorporate 'downs' in their name. The downs of England consist of rolling hills and flatlands. Compared to the rough and inhospitable moors and mountains, sheep living on the downs have a relatively undemanding life as the lush pasture and grazing provides an easy living.

At one time several breeds were present along the borders and within the Hampshire and the mixing of these led to the development of the Hampshire Down which combines the best traits of breeds such as the Old Hampshire, Wiltshire Horn, Berkshire Knot and Southdown. The Southdown is the only one of these breeds that is polled (without horns).

The evolution of the Hampshire began around 1829 when Mr John Twynam bred Cotswold rams to his old type Hampshire ewes. The progeny were larger and later maturing but the meat was not of a good quality. The wool had a longer staple but was coarse. Then Mr William Humphrey used Southdown rams over the crossbreds. 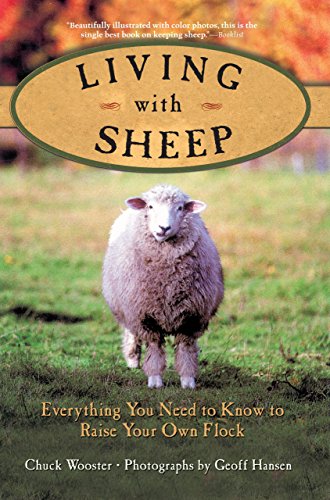 Living with Sheep: Everything You Need to Know to Raise Your Own Flock Amazon Price: $131.08 Buy Now(price as of Jan 25, 2016)
A unique guide to sheep, for would-be farmers and people who simply love animals and the outdoors.

Being prepotent, the Southdown passed on many desirable characteristics. The size (taller), large head and roman nose of the first (cross)breed has remained. However, the offspring were polled with dark faces and legs. The frame was sturdy and compact with a broad, short back and smaller bones. Both the meat and the wool were of better quality. In some ways, the Hampshire Down is a tougher, larger, rather coarser Southdown.

The still active Hampshire Down Sheep Breeders' Association was founded in Salisbury, England in 1889.

Although there are reports of Hampshire sheep in the United States around 1840, it seems these were destroyed or dispersed during the Civil War. The first documented importations of any size were in 1879. The American Hampshire Down Sheep Association was formed the same year as the English Association. Today's United States Hampshires have been bred to be efficient converters of feed to meat and wool. 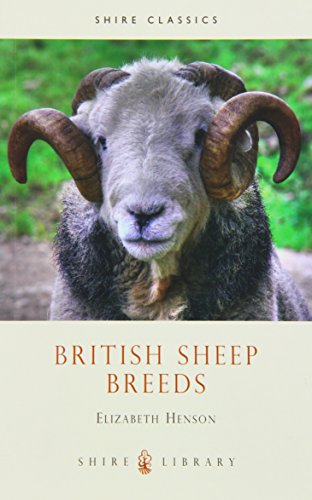 British Sheep Breeds (Shire Library) Amazon Price: $11.95 $5.69 Buy Now(price as of Jan 25, 2016)
British sheep breeds have adapted to make the best use of native pasture. A rich range of specialist regional breed types have developed as a result.

The Hampshire is a large sheep. Mature ewes weigh upwards of 200 pounds and rams upwards of 275 pounds. It is an open-faced sheep with an unbroken cap of wool from the neck over the forehead. The wool should not extend so far that it impedes the animal's sight. The thick ears are moderately long. The face and ears are covered in coarse hair which may be dark brown or black. Below the knees and hocks the legs are also covered in dark hair and free of wool. Lambs are born dark. As they mature, the body lightens till it reaches the adult white colour.

The Hampshire is an upstanding, active sheep with good feet and legs. It has an amiable disposition and is easy to handle.

While soundness and good conformation are important in a breeding herd, attention to such issues as lambing rates, weight per age, good muscling, rapid growth and efficiency of feed conversion will ensure maximum productivity and lead to greater profits.

Like the Poll Dorset and Dorset Horn, the Hampshire is a popular terminal sire, producing heavy, commercially viable crossbred lambs.