Sheep Breeds Endemic to the United Kingdom - The Suffolk

The Suffolk sheep breed was recognised as a distinct breed as early as 1810. It is one of Great Britain's indigenous breeds. The Suffolk is a mix of Southdown rams and Norfolk Horned ewes. Unlike many such crosses, the progeny were a vast improvement on the parents. Originally these sheep were known as Southdown Norfolks or just as 'Black Faces'.

Southdowns in 1930 were large sheep with dark faces and legs, long necks and fine bones. They were also polled. While the ribs were reasonably well sprung, the forequarters were light. They had a fairly broad loin and a full, meaty thigh. Today's Suffolk has retained the meatiness and wool quality of its Southdown progenitors.

As a contrast to the Southdown, the Norfolk Horned sheep was black-faced, horned and wild. It was a light though robust sheep and inhabited the upland regions of the rugged south-east coast of England. It was endemic to the counties of Suffolk, Norfolk and Cambridge. Because the area was so dry, cold and windy, feed was scarce and the sheep travelled long distances to find enough food. They were muscular and strong with long legs and flat sides. 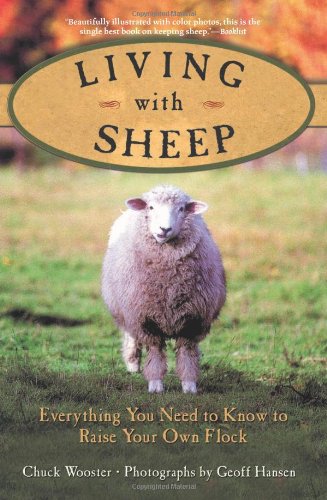 Living with Sheep: Everything You Need to Know to Raise Your Own FlockAmazon Price: $17.95 Buy Now(price as of Oct 10, 2013)
A unique guide to sheep, for would-be farmers and people who simply love animals and the outdoors.

Luckily, the Southdown/Norfolk Horned cross inherited the better points of each parent. In 1886 the English Suffolk Society was formed followed by the publication of the first flock book in 1887. A rotational system of farming was in vogue at the time. Sheep were grazed on grass or clover over the summer then, after weaning, the ewes would forage on stubble or the salt marshes. When due to lamb in February or March, a hurdle shelter or hurdle and straw shelter was erected in the field to give the ewes some protection.

The Suffolk was exported to the United States in 1888, Ireland in 1891, Scotland in 1895 and Wales in 1901. It soon found its way to Germany, Russia, Austria, Switzerland, France, the Americas and the colonies.

The first Suffolks to go to the United States were imported by Mr G B Streeter who had been very impressed with the breed on a visit to England. He had a 200% lambing that spring so was probably quite satisfied with his purchase. In 1919, the University of Idaho played a major role in promoting and dispersing the Suffolk through the western states.

The modern Suffolk is recognised as a superior terminal sire for producing top quality market lambs. They have also had a hand in developing new breeds such as the White Suffolk and South Suffolk. The White Suffolk (generally a Suffolk/Poll Dorset cross) eliminates the risk of wool clip contamination by black or dark fibres. The South Suffolk (Suffolk/Southdown cross) was developed to produce a leaner carcass. 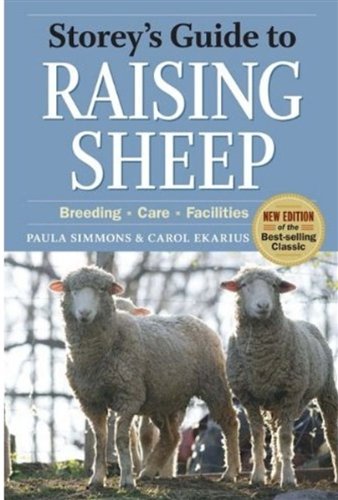 The Suffolk has a longish, robust body indicative of breeds that are good converters of grass to meat. They have good longevity, efficient feed conversion, lamb easily and are also low maintenance. Ewes weigh 180 to 250 pounds and rams are heavier at 250 to 350 pounds. Ewes yield a fleece of some 5 to 8 pounds with the staple measuring 2 to 3.5 inches. The medium type wool has a spinning count of 48 to 58.

The Suffolk is an attractive sheep with a black, polled head, and is wrinkle free with a convex profile and deep jaw. Thick, fine hair covers the head, the muzzle is long and smooth and the ears long and shaped like a bell. The eyes are full and bright.

The skin is soft and pink and the wool is dense and white with no traces of black or dark fibres. The belly is well covered with wool but there is no wool below the knees or hocks. The black legs are straight and set at each corner of the animal without being 'outside the square'. The feet point straight ahead and the hind legs should track equally as wide as the forelegs. The neck is of a medium length and the chest is wide and deep with plenty of heart and lung room. The ewe should have sufficient barrel and wide well-sprung ribs to carry multiple embryos. The loin is wide and long as is the rump and the thigh is broad and full.

Attractiveness is not enough in a sheep. Luckily for the Suffolk, as well as being remarkably handsome, it has an enviable reputation as a producer of prime lambs.