Shogi is a game similar to chess that originates from Japan. The two games are so similar that it is believed the games share the same origin. Even though chess and shogi are closely related to each other, shogi has rules that make it wildly different than chess. Rules that allow captured pieces to be used against your opponent. With different rules players are required to think more dynamically.

Shogi and chess both share similar origins in the game chaturanga. Originating in 6th century India, this game moved west to Europe. Modern-day chess is almost identical to this game. While chaturanga was moving west into Europe, it was also migrating east into China during the 10th to 12th century as the game xiangqi. In the 16th century, the most famous variation of shogi, other wise known as "General's Chess" or "Samurai's Chess",  had finally made it to Japan.

In Modern-day chess there are 16 pieces on each side of the board with six different shapes: pawn(x8), Rook(x2), Knight(x2), Bishop(x2), Queen(x1) and King(x1). To differentiate which pieces belong to which player, the pieces are colored black and white. With one player controlling all the white pieces and the other player controlling all the black pieces. In shogi there are twenty pieces per side and all having the same relative shape, a five-sided tile with the name of the piece written on it. The only difference being the size of the tiles . The bigger the tile the more important it is. All the tiles are the same color. Since the tiles are pointed on one side, the tiles are positioned so that the pointed side is always facing the opponent. Pointed colorless tiles are used so the "drop rule" can be used.

The "drop rule" is a rule that allows captured pieces to be used against the opponent. In chess, captured pieced are removed from play. While in shogi, capture pieces are simply set aside so that they can be used again by the player who captured them. If a piece is captured , the player who captured it can "drop" the piece, with a few exceptions, anywhere on the board. This rule gives shogi a dimension that chess does not have. It allows for deeper more advanced strategies.

Though shogi and chess share the same origins, shogi is still a very unique game. With more pieces and different rules, this chess look alike requires a wider range of strategies.

Just as Japan is unique and interesting to the world, so is shogi to the world and players of chess 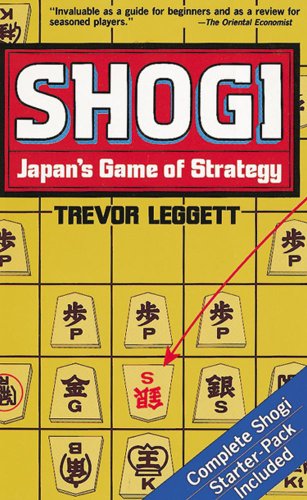