My History of Live Event Shooting

I started out live event shooting with a consumer grade camcorder. I began shooting church services when I was a teenager. I varied from a wide shot of the stage to a head and shoulders shot of my pastor preaching. I got to be good at the zoom switch during this time period. I learned to do a pretty smooth zoom. A smooth zoom is all muscle memory.  It would have been better if I had a smoother tripod, but that neither here nor there.

I graduated to a multi camera shoot when my church started to help film a local music festival. I started as a videographer for the show and eventually got to the point that I was mixing and directing. For 10 years I was a camera man, coach, mixer and director of that show. As mentioned, I grew to the point in my experience where I could coach the younger kids. Many of the teens that came out to shoot wanted to have the prime shot for whatever action was happening on stage. I began to teach them that while shooting a live event you have to have a big picture mindset. The director does not need 6 shots of the same activity. The director needs a variety of shots. Two cameras out of six can cover the "event" on stage while the rest need to stick to their assigned post. It is indeed important to have assigned post so that everyone knows what to shoot. That is a guaranteed way to keep your shots varied.

I also shot services at a church that used all their cameras on remote control. The six cameras were controlled from the media box by a switcher and a joy stick. Learning to use the joy stick to pan and tilt the cameras was tricky, but I managed it  over time and got to be pretty good at it. I repeat, you have to think big picture. What do you want the final result to look like?  Not all of your cameras need to be tight head shots focused on the main speaker. As a live event producer you must think of variety and flow of cameras. My layout looked something like this: one camera was tight on the face, another was head to toe, still one was wide on the stage, and the last I liked to be positioned above the stage on wide angel. That gave me a great shot of the pastor,stage and audience.

Now I shoot with two cameras at Victory orlando. One camera is a wide head to toe shot that I mix with a belly up tighter shot. Eventually we'll have a bigger team and will be able to do a multi camera shoot. I cut both shots together in Premiere and add titles, text and an intro and outro. Finally it is exported and uploaded for our online audience.

The New Wave of Production Cameras 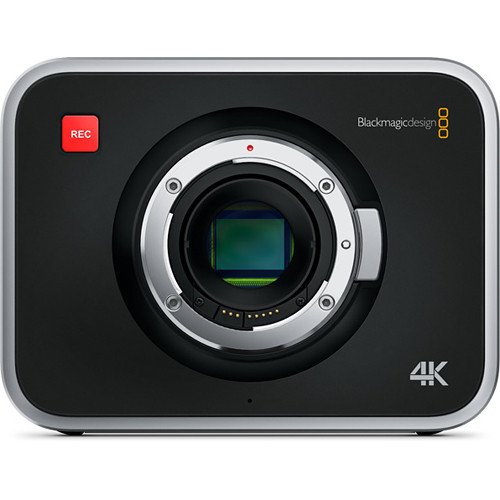 Blackmagic Design Production Camera 4K with EF Mount Amazon Price: $2,995.00 $2,499.00 Buy Now(price as of Mar 15, 2016)
I'm excited about this new wave of cameras. The 4K is just one great feature. It's a full on production camera with all the audio outputs you need and a 10 inch back screen! That screen is enormous!

Of coarse you can plan varying angles from the side, top or below the subject. All of these shots you want to vary in order to create a nice mix that keeps the audience interested and entertained. Variety is the spice of life after all. 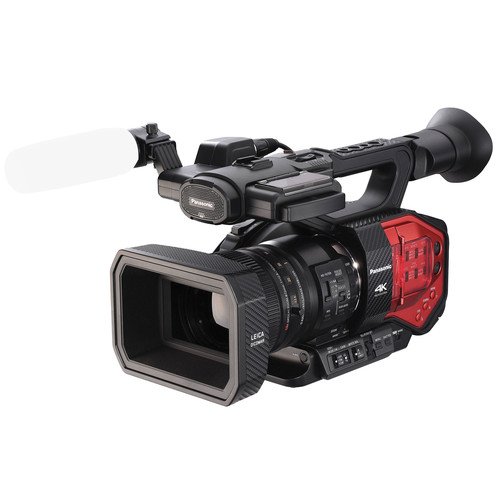 I learned my rules of live production shooting when I shot services at Victory Christian Center.  One of the first rules when shooting live production is to place your head set on and acknowledge the director. They need to know that you can hear them and can receive instruction. Know that your tally light is the indicator as to weather or not you're "live" and on camera. This can be found usually above the monitor.

Following that, you need to focus on your first subject for the night. You always focus on the subject before you're on, never while you're shooting. On your left hand controller will be a ring or some kind of tool. Turn the ring to focus the subject. If you have the "focus assist" on then your subject will be outlined in a blue highlight.

Push in on the subject's eyes to focus on them. To push in and pull out you will use the right hand controller. There will be a switch there that you will slowly press in on to push the zoom in. But be careful the switch can be very sensitive.  That is why there is another lever. This lever controls the sensitivity of the zoom switch. You can make it bet super sensitive or you can make it tighter and  several degrees in-between.

Now you are ready to shoot the live event. Relax and focus on the tools. Get to know them. Know how to operate them through muscle memory. This will build confidence and fluidity with your shots. Then you will be primed and ready to create quality work.