Should Twins Be Separated in School?

Does a School Have the Right to Make a Parental Decision?

Is there one right answer?

Parents of twins have a unique decision when it is time for their children to enter the public school system. Should their offspring be separated or placed in the same class?

While this is not the most important decision that parents will make for their twins over the course of their lifetime, it is a major one at this point in their lives. Unfortunately, in less than one third of the United States, parents are unable to do what they think is best for their children because these states do not permit them to have this basic choice.

Schools do not decide what the children will eat for breakfast, what they wear to school, or how much time they are permitted to watch television each night.  These are decisions that are made by parents.

So why do school administrators feel that they know what is best for twins, triplets and other multiples that they do not even know?

A Guide for Parents

A book for the years beyond preschool 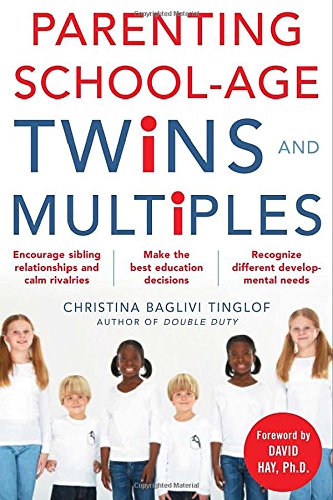 Parenting School-Age Twins and Multiples Amazon Price: $17.95 $9.45 Buy Now(price as of Sep 20, 2015)
Raising your twins does not stop at preschool-there are many unique issues that arise as they get older. This book addresses them and offers sound advice for parents raising children from the ages of 5-18.

What is Twins Law?

In a nutshell, Twins Law gives parents or twins, triplets and higher order multiples the most important voice in where and how they are placed in public school.

On May 5, 2005. Governor Tim Pawlenty of Minnesota signed the very first bill that stated that parents have the primary voice in the placement of their twins and higher order multiples in school. It was Senator Dennis Freidrickson’s legislative assistant, Wendy Haavisto, who inspired the bill. Her twins were being forcibly separated in school, and she did not feel that it was in their best interest.[1]

Spurred on by the success of this law, Kathy Dolan of New York wanted the same rights for her twin boys. She wanted them kept together, but the school refused, based on their non-scientific backed policy. The principal eventually relented when she provided a letter from her children’s pediatrician and scientific evidence about the harm it could cause her sons if they were not kept together.

But that was for kindergarten only. She faced opposition again when her boys entered first grade.

Ms. Dolan started the Twins Law movement and created a website devoted to it. This became a movement across the nation, but there are many states that do not have this policy in place.[2]

Flexible Placement Policies are a Must

Why Are Schools Against Keeping Twins Together?

The Reasoning Behind Separating Twins in School

Twins Law does not state that all twins need to be separated or together. It is simply a law that makes it a flexible parental choice, as the decision for placement one way or the other does not fit all children.

There are very valid reasons why twins should be separated. First, their academic abilities may be different, and the twin who is struggling does not need to have his sibling’s better performance in his space all day long. There will be enough at that at home during homework time.

Second, if there is a twin with a more dominant personality, this child will overshadow and do things for his sibling that, if they were in different classrooms, would force the less dominant twin to do on her own.

On the opposite end are twins who are highly competitive. This is not healthy for either one, and it would drive a teacher crazy. They can spend enough time competing at home. School is for learning, and this could be a distraction for the siblings as well as the other children in class.

Children also need to have their own identity, and when they are placed in different classrooms, they are not considered a part of a matched set. They can make their own friends. Classmates are free to play with one child and not the other without fear of hurting the other twin’s feelings.

Lastly, your twins simply do not wish to be in the same class. I am fortunate to live in a state that has a Twins Law that has passed. My boy/girl twins were together in preschool as well as kindergarten. When they were ready to enter first grade, I asked them if they wanted to be together or apart.

They wanted to be separate.

I had a conference with the principal and together we created a back-up plan should one or both of the kids suffer from being in different classrooms. We never had to use it.

Each year, I do ask if they wish to be together. My son does not, but his twin sister expressed a desire to be with him this year. I went with my son’s wishes, as it is the fairest thing to do. He likes his own space. 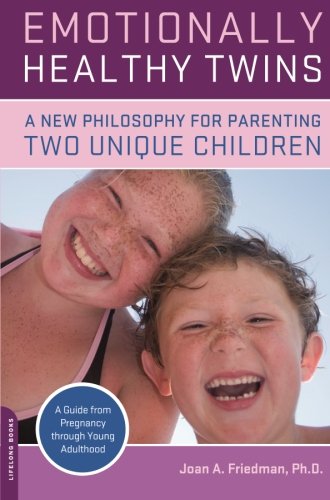 Emotionally Healthy Twins: A New Philosophy for Parenting Two Unique Children Amazon Price: $15.95 $5.00 Buy Now(price as of Sep 20, 2015)
Having twins is a unique parenting experience and it is very different than raising serial singletons. This book explore keeping the unique bond twins have while raising them as separate individuals.

A Doctor Discusses the Pros and Cons of This Issue

Reasons to Keep Twins in the Same Classroom

Not all twins are competitive with each other, nor are they a distraction to themselves or to the learning environment of their classmates. There is really no reason to keep them separate.

Because they are in the same class, doing homework and projects is easier for parents. You know that they are getting an equal education and covering the same material without any gaps.

For many years, there was only two classes on a grade level in my twin’s school, so I knew everything that was going on in that grade. While I can tell you that not everything was equal, each child had the teacher who best suited his/her personality.

The twin bond is mystical-you cannot know what it is like unless you are a twin. Some children are just more comfortable having their womb mate around. They feel safe and secure, and that will only have a positive effect on their ability to learn.

Sometimes life outside of school is stressful (parental divorce, illness in the family, a new home), and separating the siblings is just one more thing to add to the pile. Being together gives the children a sense of calm that they are not getting outside the school walls.

The ERIC Clearinghouse on Elementary and Early Childhood Education stated in a paper dated in 1998 that the best decision about the placement of twins is no decision. It should not be a policy either way, but made on a case by case basis. [3]

The bottom line is that how a child should be educated is a personal one that is best left up to the parents who know their children best-not an antiquated educational policy based on erroneous information.