I might be strange, but after a long day of writing, reading, writing, and laying around on the couch in order to do a little reading, I like to unwind by watching a movie. Yes, that's not so strange, but I have a particular passion for only one genre of movie - straight up blood-curdling, spine-tingling, give-me-nightmares-every-night-of-my-life horror. I guess something about being irrevocably terrified by watching movies like the Halloween series and House on Haunted Hill as a very young kid with my much older siblings made me a bit of a scare junkie, forever chasing that terror that made me feel so alive back then. Regardless, while I'm chasing that high, which is becoming increasingly hard to fulfill with the dismal state of modern horror, I constantly switch between Hulu and Netflix, never wanting to pay for both nor being able to afford to.

And then I found Shudder.

I found it on accident, actually. Stumbling across an article on Thought Catalog about a fellow horror junkie getting her invitation to the closed beta for the site. An all-horror Netflix-like streaming service? It was like someone made it for me and only me. I had to have it. Luckily, the article was old. How old, I will never know because Thought Catalog doesn't put publish dates on their articles, but old enough for Shudder to have moved out of closed beta and into an open beta.

It was kind of like looking through a closet and finding a treasure trove of unwrapped Christmas presents.

When it comes to movies, I prefer Netflix. They usually have a better selection than the endless B-flickfest of Hulu, but it is also because I prefer the design. As I was formally educated as a web designer, I do love me a well-designed website and Shudder has nailed it.

Not only is the front page dominated by huge pictures from the films they are showcasing at the time, but each page is. You can easily click through Shudder's many horror categories and film lists and get a pretty good idea of what you are getting into. Is it an old movie that kept old-school makeup artists and fake gore creators in business? You can probably tell from that crazy 70's-era hair. In case you can't tell, the pictures also come with helpful words to to tell a little about the movie or category when you hover over them, so there is that.

One of the features that set Shudder apart from other streaming services is its review system. Users can leave reviews on a film, and other users can upvote what they found helpful and downvote all the "this was shite, m8te." reviews out there. That leaves the best reviews at the top where they deserve to be so you don't have to fuss about with deciding if movies like Tucker & Dale vs. Evil or The Battery are worth your time. (They totally are, by the way. Tucker and Dale for the comedy, The Battery for the music.)

Can You Stream It?

That all being said, Shudder is not the all beauty, no brains type of streaming service. It functions just like your Netflix or your Hulu. Its transition from information splash page to actual movie player is as fluid as you would want. The only thing I could possibly nitpick here is the lack of availability. You can pick up a Shudder app for iOS and Android as well as Roku, apparently, but that's all. Perhaps in time they may roll out an app for consoles like the PS4 or Xbox One, which would please me to no end, but otherwise you are chained to your computer.

Collections for the Particular Fan

The review feature was a nice touch and the design is as alluring as fine designs go, but what really sold me on Shudder (other than their surprisingly good selection of horror films) was their collections. I like broad, catch-all horror sub-categories like "zombies" or "paranormal" as much as the next person, I guess, but I did go through a long phase where I liked to watch horror movies based out in the wilderness with a group of folks trying futilely to survive like in High Lane or Cold Prey. Well, if only I had known Shudder was hiding on the internet with its "Into the Wild" collection, it would have made my nightly movie selection much quicker.

You can browse their current selection of their 340(ish) horror movies individually, or you can just work your way through their collections. If you're in the mood for witches, Hexes and Ooohs has you covered. Vampires? Not You Ordinary Bloodsucker would be a fine choice.

Here is a few examples of their current collections:

Compared to the original Thought Catalog review, some of the collections have changed, perhaps only in name. However, variety is the spice of life and I personally have no problem with the removal and addition of new collections. One collection I know is super new and strikes my fancy is the Guest Curator: Robert Eggers collection. Robert Eggers is the director of the recently released movie The Witch, and this collection features his inspirations and favorite films on Shudder. Seeing what inspires great horror maestros? That is something any true horror fan can enjoy. Now if they could only bring Mario Bava back from the dead and pick his brain.

Shudder.tv - I'm not sure what it is, but I've been watching it for the past few hours and I love it. Shudder.tv is essentially you turning on your cable (if you have cable TV) and finding a random horror movie on. With nothing better to do with your life, you sit and watch only to find out it is a marathon of horror movies. Suddenly it's 8PM and your boyfriend desperately wants you to make dinner, but you realize you filled up on microwave popcorn.

Subtitled as "an endless stream of screams," Shudder.tv will show you random horror movies that can be found on the site. I tuned in and found (apparently the end of) Red Death playing, went to browse the site for awhile, came back and (much to my glee) it was somewhere in the middle of Night of the Living Dead. This feature is perfect for me, someone who needs a constant stream of white noise to do her freelance work, but also terrible because I know I will get distracted.

Shudder has the potential to be great. In my opinion, if you can't tell from my copious gushing, I already think it is great. It is still missing some horror staples, but I can see this service growing over time, perhaps even moving into horror-themed TV shows, but for now, it has enough. It definitely has enough when you consider its subscription fee is a very reasonable $4.99 per month with a $49.99 per year option as well. Right now I am doing the 14-day free trial, but I think even I, some poor sod, could afford the subscription. If you have gotten this far into my review undecided only to have that Aha! moment when you learned of the free trial, why not check out Shudder now? 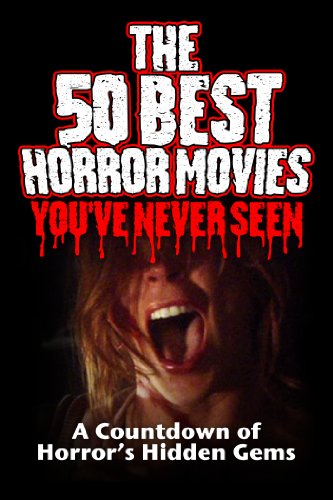