Basically, in a nutshell, your shutter speed refers to the amount of time that the shutter is open. This can be adjusted according to what you want to achieve. If you have a straight forward point and shoot camera, then this is set to auto pilot, but with a DSLR, you have a lot more flexibility.

Shutter speed photography is for those who want to experiment and to be a little more creative, staying away from the predictable shot. You can get some awesome shots, which looks like you may have adjusted the end result with software like Photoshop. A photo of a river, which displays a lot of movement, can be captured in such a way, that it will look as if you have painted it.

You will have to set the speed according to the amount of seconds and this is displayed as something like 1/1000 or 1/60. The higher the number, the faster the speed is. If you want something really low, you also have to deal with camera shake, and this is where a tripod will come to good use. However, a lot of cameras have built in image stabilization these days.

The best thing to do here is experiment. This is basically what photography is all about. On a side note, as the speeds move up, they will double by numbers, so you can get some idea of the range. To know the difference, you just have to play around between shutter speeds, but it is the faster speeds that you need for action shots. Then you will want to slow it down to create special effects.

Changing the shutter speed can really give you a good idea of the speed of the subject. You may even want to slow the action shot down. A lot goes into taking a picture, using this technique. If you don’t want to play around, then get yourself a point and shoot camera, but this can really give you some versatility in your shot making.

Shutter is one aspect that you need to think about, but this always fits in with ISO and aperture so you have to familiarize yourself with these elements. As you adjust the speed, you will notice that the shot will either become darker or brighter, unless you adjust the aperture. This is because you are letting more or less light in, depending on what the speed is adjusted to.

The best way is to experiment with different subjects because when the time comes when you want to take a super sick shot of a wake boarder in full flight, you can’t be fiddling around with your settings. Getting the right shutter speed in a situation like this is important because it really grabs your attention.

What Exactly is Aperture all about?

Aperture and shutter speed just go hand in hand. One can’t work without the other. You may get your shutter speed spot on, but if you don’t master the art of the correct aperture, then you are going to fall short.

It’s really quite simple, so don’t sweat! Like the shutter speed refers to how much time the lens is exposed, so aperture is the amount of light that is exposed through to your lens. As easy as this is to understand, if you gloss over this because you think it is just a little complicated to handle, you are going to become ultra frustrated.

I have been there! You are like – I don’t need to know that now – but this is the first thing you need to understand. So, aperture settings are displayed with an f-stop, along with numbers. Something like f/4.0 or f/11 can be found around the lens. This time the lower the number, the more light you are able to squeeze through.

The picture below is shot with a low aperture

So with all these confusing numbers, how do you know which one to pick? Well, the beauty of the modern camera does it all for you. It will measure the light surrounding the scene or the subject that you are trying to capture, and take it from there. You may want to change this yourself to add more or less light in, depending on what you want to do. Most DSLR’s allow you to do this and the best way is just to play around until you have found something that is right.

Although this is easy to get the hang of, probably the most difficult thing is learning how to do it because of how the numbers are arranged. It’s just something that you have to practice until you get comfortable with it. Soon it will come naturally. Someone came up with the word, “big” aperture, which refers to a smaller number, and then, of course, a small aperture is a bigger number.

So, don’t let the crazy guy who came up with this formula put you off experimenting. Once you have got over this hurdle, you will find that it is not that difficult. Just remember, this is something that you definitely can’t gloss over because it will help you with your shot making.

Another thing that fits into this triangle is your ISO settings. This completes the combination, giving your shot a nice color balance. Basically, the faster the film speed that you use, the easier you are able to work in low lit circumstances. Now all you have to do is practice. Don’t expect the technique to be programmed into your brain overnight, but if you keep at it, then it won’t be long until you start to see the benefits of adjusting aperture and shutter speed can make. 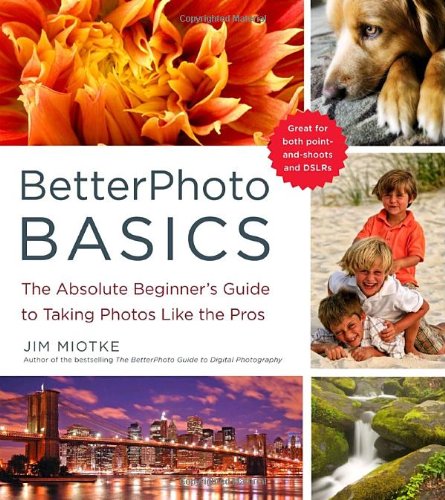 BetterPhoto Basics: The Absolute Beginner's Guide to Taking Photos Like a ProAmazon Price: $21.99 $12.68 Buy Now(price as of Dec 12, 2013)
Next >> Best Camera Lenses for Beginner Photographers