Peter Vernezze is a visiting Professor at Sichuan University in ChengDu, China, specializing in Foreign Expert Lecturing.  He is a published author with 4 books in publication, and is a professional editor of English publications as well.He writes both books and blogs on a variety of subjects ranging from Ancient Philosophies, Popular Culture and Philosophy, Chinese Culture, China Travel and even on his experiences dating Chinese women, both online and off. He leans towards the provocative.As a survivor of both the Great Sichuan Quake of 2008, and the more recent less dramatic but still tragic Sichuan quake, he is well qualified to emote on how to get through an earthquake.You can read many great (and fun) discussions by Peter on a wide variety of topics on his blog at blog.ChinaLoveMatch.net.
InfoBarrel is a writing platform for non-fiction, reference-based, informative content. Opinions expressed by InfoBarrel writers are their own.
InfoBarrel > Travel & Places > Places > China

The Great Quake of 2008 Still Hangs Over Sichuan

I was, as they say, indisposed when it started. Immediately, I knew something was up. Although the night before I had indulged in a plate of Chinese dishes (explaining my current state of being indisposed), I was certain even the dreaded Sichuan hotpot could not cause that much rumbling. I was faced with the dilemma from The Clash song: “Should I stay or should I go?”

I can verify that in this situation your first instinct is to flee. Since we would not have survived as a species without the innate desire to remove ourselves from perceived threats, there is obviously an evolutionary advantage to this option. On the other hand, as anyone who has done any online dating can tell you, first instincts are often mistaken, or need to be revised in light of new knowledge.

If you are unfortunate enough to surprise a bear while hiking in the woods, although your first inclination might be to flee (or, as the old lawyer joke goes, to drop your backpack and outrun your hiking partner), in fact, your best option consists in remaining perfectly still, thus demonstrating to the bear you are not a threat.  Even if the bear attacks, experts argue your best chance for survival lies in playing possum and not fighting back.

What To Do When an Earthquake Strikes

Credit: http://www.nocaptionneeded.com/2007/12/sight-gag-duck-and-cover/In the aftermath of that experience, I read countless articles and engaged in numerous discussions about what precisely is the best strategy in this situation. The consensus among experts is for a policy known as: “drop, cover, and hold on.”

Now, I happen to think this is an unfortunate phrase because it is likely to remind one of the old “duck and cover” strategy that was the standard instructions in the 1950s given to American students about what to do if the Russians decided to drop a bomb in the middle of your math class.

The “drop, cover and hold” strategy is serious, and one that is worth taking a minute here to review just in case you find yourself in this situation.

Sure, no one plans to be in an earthquake, much less two earthquakes. All the more reason why it is best to follow the Boy Scout motto: “Be prepared.”

The website earthquakecounty.info recommends that as soon as an earthquake starts you should:

(1) Drop down onto your hands and knees (before the earthquake knocks you down),

(2) Cover you head and neck—and your entire body if possible—under a sturdy table or desk. If this is not available, get down to an interior wall or low-lying furniture that won’t fall on you, and

(3) Hold on to your shelter (or to your head and neck) until the shaking stops.

I managed to more or less follow these guidelines, although admittedly my desire to stay right where I was and not try to make it outside may have been conditioned as much by my minimal attire as by my stored knowledge of earthquake etiquette

Then I was about to walk into the shopping center where my gym was located when suddenly hundreds of people came streaming out of the front doors of the building and ran screaming into the traffic. Although I am usually not one to follow a crowd, in this case it seemed like the wise course of action.

If you had asked me in mid-sprint what was going on, well, I probably wouldn’t have answered but would have kept running. But if you had inquired again after I had stopped to catch my breath, I would have hypothesized a Twin Towers-type building collapse to be the most likely cause of the panic.

Glancing back, however, I saw that the shopping center was still standing and showing no imminent sings of implosion.

Unfortunately my attempts to discover a cause for the current state of affairs were yielding terms not in my admittedly limited Chinese vocabulary, though today I can safely say that if I forget all the other Chinese I have learned, the last word that will slip from my memory will be “dizhen”: earthquake.

Even though I was outside during the Chengdu earthquake of 2008,  I was indoors enough in the days and weeks following to experience multiple aftershocks, at least one of which I would say was equal to if not slightly greater than the one I was currently undergoing . This may have explained the reason why, when the shaking stopped after about fifteen seconds, I managed to stay relatively calm.

I assumed, not incorrectly I think, that even if there were to be aftershocks, it was not going to be worse than what had just occurred. Inspecting my apartment, I was surprised to see not only was there no damage but nothing had even fallen off the various shelves on which I had things stacked.

The situation in 2008 was dramatically different than this. Then, my apartment was literally trashed by the quake. My kitchen was one big heap of broken dishes and spilled foodstuffs, while the furniture in the living room looked like someone had just had a wild party, or a rock band had spent the night. The place was definitely uninhabitable.

Given the situation of my apartment immediately following the earthquake of April 20th, 2013, I could accurately deduce that the surrounding vicinity was not hit too badly. But it would be false to say that I was unconcerned.

When I finally made it back to my campus in 2008, the whole place was in an almost ecstatic mood. We had all undergone a rather exciting experience and survived. Although there had obviously been a lot of damage, it seemed no one we knew had been injured. An almost party like atmosphere seemed to be spreading.

But soon it became apparent there was massive destruction and death elsewhere in the country, and the mood grew somber. So it was perfectly possible this time that although Chengdu had once again escaped major damage, China could be engulfed in another tragic saga.

The signs were not good. I could not get online nor could I use my cell phone.  When I wandered downstairs, the woman at the reception desk assured me no one in the building had been hurt and that, although there was no cell service, that if I needed to call someone, I could use the landline, which was working. When I asked her how bad the damage was, she showed me pictures on her Iphone. Apparently someone had connectivity!

The epicenter had been in Ya'an, about 100 miles away. The pictures of collapsed buildings and rescue workers did not look promising, but she could not say how many people had been injured or killed.

As I walked across campus to a few places where I knew I could get a good wireless connection, I could see students gathered together in large groups, many still in their pajamas, chattering excitedly.  When I finally found a coffee house with a stable signal, I fired up Skype and called my family.

It would be late in the States and they might be sleeping. But I was sure someone would call informing them there had been an earthquake in China and that my mother would immediately start to worry.  So I thought it best to wake them now and let them know I was fine. But from the news it was clear that China was not.

After I hung up, I checked online and saw that news services were already reporting on deaths and injuries and I had a sick feeling knowing that the numbers would only increase as the day mounted.

By the time I write this, CNN is reporting 196 deaths and several thousand injured. Granted, they also reported an arrest immediately after the Boston marathon bombing. But it seems other sources are verifying these statistics. So I am of course grateful it was a massively less destructive quake than five years ago.  But if hundreds of people had been killed by a disaster an hour or so drive from where you live, well, you would not call it a good day. A sadness hangs over the city.

In a Lesser Disaster Those Who Suffer Still Suffer Greatly

Here in Chengdu, there is nothing like the massive donation centers and blood drives of 2008. But the Chinese relief mechanism, honed during the last quake, is in full gear. In addition, several foreign businesses I know of, including The Bookworm Café in Chengdu, are holding benefits.

And if anything positive can be said to come out of this experience, it is this:

Tragedy levels all national distinctions and religious differences and reminds us the tentative hold we all have on this life and perhaps that, in this case, we need to take care of each other. 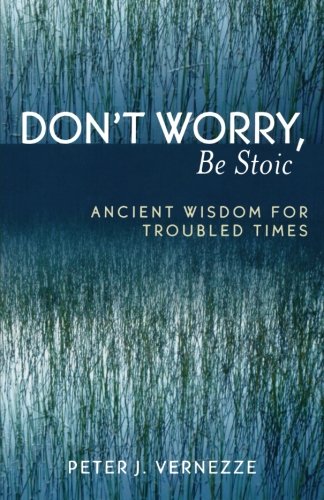 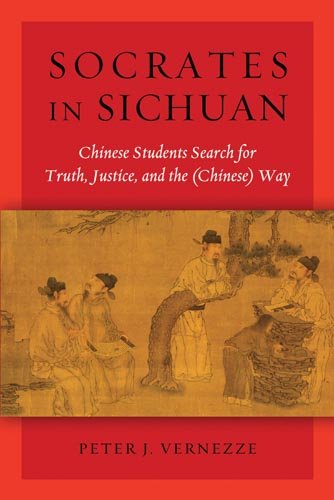 Socrates in Sichuan: Chinese Students Search for Truth, Justice, and the (Chinese) Way Amazon Price: $26.95 $6.86 Buy Now(price as of Apr 9, 2016)
Next >> A Guide to Chongwu - The Last Remaining Coastal Fort of Southern China