VietnameseCoffeeLove! is dedicated to the passion and politics behind Vietnamese Coffee. Changing the world and the United States one tasty cup at a time. Visit us at http://www.vietnamesecoffeelove.com or email at info@vietnamesecoffeelove.com. Follow us at Twitter @VNCoffeeLove and like us on Facebook.
InfoBarrel is a writing platform for non-fiction, reference-based, informative content. Opinions expressed by InfoBarrel writers are their own.
InfoBarrel > Lifestyle > Food & Drink > Cooking & Mixology > Beverages

Simple Way to Home Roast Your Own Coffee! Better, Fresher, and Tastier.

Lovers of coffee often get caught up in the surrounding passion and politics, but now it’s time to put your money where your mouth is by roasting it yourself, on a stove top. This article shows you how. First, what you need to know is that green beans and the unroasted version is inert. But once you roast it, the coffee has about a week before its flavors fall apart. No amount of freezing, vacuum sealing, or other gimmick will stop this. So the best way to enjoy this is to make it at home, as others have done for generations.

First, the beans I use are wet polished green beans from Vietnam. This means that the coffee cherries, as they are picked, are placed into water pools. Ripe cherries sink; unripe or damaged ones float. Then, usually using some sort of screen, the pulp of the cherries are pressed out, and the seeds -- the beans -- are then taken out, scrubbed, and then dried. Critics have said that this process takes a lot of water, and in future posts we'll explore that, but for now I was just happy to finally get my hands on some Vietnamese beans in the United States. You can use whatever beans you want; there are tons of places on the internet where you can order them, and it's way cheaper than at a store.

Here's what green beans look like, poured out onto a plate. It's got a kind of grassy smell, there is not the scent of coffee at all. If you close your eyes, you can kind of smell a farm or an earthy aroma. The beans look a little waxy, and some are cracked and others are dull colored. As you roast the beans, there are over 1,500 chemical reactions that take place inside this tiny bean. Against the plate, they sounded like tiny marbles or perhaps dried soy beans. And looking at them, one couldn't help but be blown away by the fact that this tiny fruit -- hand-picked in Vietnam for the most part -- is the second biggest commodity in the world, behind crude oil. Staggering fact, isn't it?

I decided to roast these in a pan -- not because I didn't want to use a professional roaster, but because this is how people have been roasting coffee for thousands of years -- over a fire or a heat source, and drinking that way. I was skeptical at first because it's my first time roasting, and I wasn’t sure that the alchemy of turning what didn't even look like regular coffee into one of the most wonderful drinks on earth would happen. It takes faith and a high heat source. Make sure to stir the beans as they heat up. You should expect a crack the way popcorn used to make when you were a kid. You can go for a light roast (which is generally more caffeinated) or a dark roast (French roast).

As the heat works on these Vietnamese robusta beans, you can see them turning yellow, sort of like corn or peanuts. The smell is still a bit grassy and earthy, and as the beans turn, you could begin to hear some cracking of individual beans; some of them are sort of subtle; others are quite violent. But the beans still do not yet smell like coffee you're used to. I was very excited to engage in this virgin roasting adventure. This is how the battle against Starbucks begins right? In the United States of America, because of our advances, it is possible for human beings to longer think about where their food comes from or how it is made. We can go to a coffee shop and order coffee, or buy our groceries and never question where it comes from, and our connection to the actual plant or animal that provided our food is lost. In roasting beans from Vietnam (or wherever you get yours from), it became clear to me that an actual human being planted the coffee tree, someone used their hands to pick the cherries; they were dried and shipped to the United States, and now I was roasting it. It is this connection with someone across the globe that made my experience so special.

In the end stages of roasting the coffee, the beans began to violently protest and crack. There was also a lot of smoke towards the end of the roasting process. The coffee began to smell a lot more like what I am used to, and the violent smoking began to release the oils inherent in the beans. It was time to turn the stove off and rest the beans. I poured the beans into a separate bowl, shook it so that the beans could cool down a bit and then poured them back into a plate.

And here was the final product. It smelled like coffee, and the beans looked beautiful. They were dark, shiny, and they smelled like coffee. And if you held your nose close to it and closed your eyes, you could almost picture yourself sitting in the streets of Hanoi or anywhere else in Vietnam, with motorbikes driving by or bikes, and you were sitting there, sipping your coffee without a care in the world at all! Or, if your beans are from Latin America, you can picture yourself on the streets of Bogota or Lima drinking it with Spanish chatter. Cheap way to travel, folks!Once coffee has been roasted, the peak time to drink it would be 24 to 48 hours afterwards. Within a week, it will not taste nearly as good. So we I planning to grind up these beans and drink them tomorrow. Stay tuned! 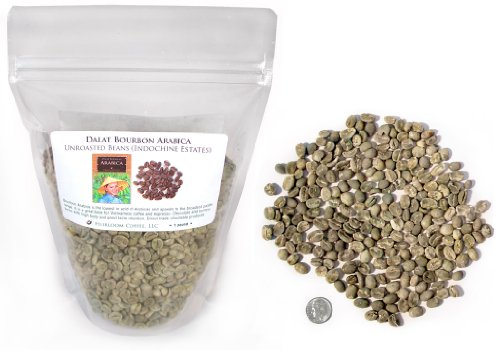