Ken Muise is an active-duty service member currently serving in Honolulu, Hawaii.  He is accompanied by his family and is close to retirement.   Visit him at his personal blog, ContentKen where he talks about content creation and making money by writing online.
InfoBarrel is a writing platform for non-fiction, reference-based, informative content. Opinions expressed by InfoBarrel writers are their own.
InfoBarrel > Travel & Places > Travel Advice

Snorkeling in Hawaii: My Second Day at Hanauma Bay

Hanauma Bay is one of the most popular snorkeling spots in all of Hawaii, if not the MOST popular.  The thing that surprises me every time I visit the bay is how comfortable it is to spend the entire day there and not feel crowded or rushed.  It’s a beach, after all, and no one should feel rushed or be "elbow to elbow" while they’re relaxing on a beach.

People may think that the beach is too crowded because the parking lot gets full by about 9:30 a.m. on a typical day.  While that is true and you really should arrive early to ensure that you get a parking spot, the beach itself (in my two times there) has never been overcrowded.  My first article about spending a day at Hanauma Bay gives all the details about prices, parking and the experience.  In this article I’ll focus on the types of marine life that you can and that I have seen while snorkeling there.

The Marine Life of Hanauma Bay

The Iahau, or Fourspot Butterflyfish,  is probably my favorite fish to see while snorkeling in Hanauma Bay.  While it isn’t the biggest or most rare fish to see, it is striking when you do see it.  In the video below you can see an Iahau pop into the scene at about six seconds in and then you can see me chasing it later on at eighteen seconds in until it just takes off.

Also, below you will see a rare (in my experience at Hanauma Bay) male Awela, or Christmas Wrasse.  This fish is striking and comes in the scene for only a few seconds starting at nine seconds in.  It’s beautiful.

The entire video runs around one minute and thirty-seven seconds long.  I shot it on my way in from deeper water until I simply turned around, sat up and stop filming.  You can see the camera come out of the water at the very last instant.  Why is this important?  Because it shows you how easy it is to see tropical fish almost immediately as you enter the water at Hanauma Bay.  You really can’t go to the bay and NOT see fish.

Something that I did see for the first time on my second trip to Hanauma Bay was a crab.  I have been unable to find any marine guides of the area that will tell me what kind of crab it is.  As you can see in the image below, it seems to be orange or peachish in color with some darker spots, almost brown.  I have been calling it the “jellybean crab” to my wife and kids.  It’s possibly a red-spotted guard crab but from all the pictures I’ve seen of that species, the spots are much smaller and cause a freckled appearance on the crab’s shell rather than what you see below.

Next, and another highlight of my second day snorkeling at Hanauma Bay, is a thirty six second video of a Pualu, or Yellowfin Surgeonfish, feed on coral.  I like this video especially because the Pualu was so docile and didn’t really care if I followed him or her for a little bit while it was eating.

The last of my videos is a short, 21 second clip of two Pualua, two Sailfin Tangs and two Convict Tangs.  While the video is a little grainy, it was the easiest video to take that day because all I had to do was hit ‘record’ and float along as the fish just went about their business.

Below are some of the other shot I took of marine life in Hanauma Bay.  I have yet to see a sea turtle at Hanauma Bay and that is my ultimate goal.  There is a place called “Turtle Bay” here on Oahu but I think that’s cheating.  I want to see a turtle because I found one, and not because they’re everywhere to see.

Here is a good Hanauma Bay Marine Life Guide from the University of Hawaii that I was able to find and identify some of the fish that I saw.

Here is a Reef Triggerfish or humuhumunukunukuapua'a.

I Do My Snorkeling with this Equipment from US Divers: 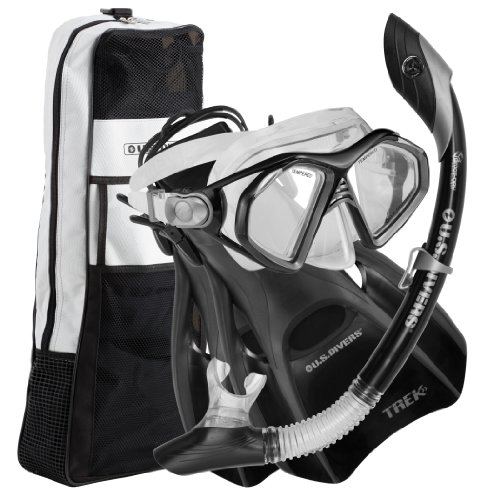 Photos and Video Taken with the FujiFilm Fine Pix Below: 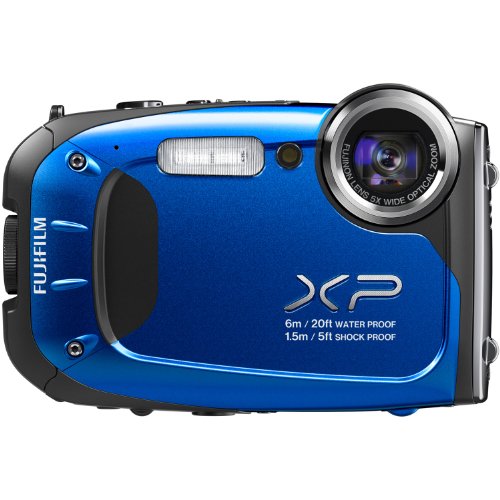