InfoBarrel is a writing platform for non-fiction, reference-based, informative content. Opinions expressed by InfoBarrel writers are their own.
InfoBarrel > Business & Money > Finance > Budgeting

Social Spending: Why the Rich Get Richer, the Poor Get Poorer, and how You Can Change That

Have you ever heard the saying, “The rich get richer and the poor get poorer?”  If so, you have probably drawn your own conclusions throughout time as to why this pattern may be.  Upon hearing a saying like this, many people blame social status on things like inequality, unjust practice, and possibly racism.  While these may play a factor in some aspect, the fact of the matter is that the spending patterns of these different social classes is most likely what determines future financial standing.

So how do different social classes spend their money?

While this concept may seem super simple, it is often easier to define than to fix.  Most people that are living in the lower end of the social bracket tend to spend their money in a non-profitable fashion.  As soon as someone collects a paycheck, they tend to spend it on what I like to define as “STUFF”.  Directly after a paycheck is cashed, most people purchase things simply because they think they are landing a “good deal” on it.

Most of these items are items that are complete non necessities for their everyday lives and would be considered luxury or pleasure items.  Lower class individuals tend to spend their income here and there while it dwindles away under their very noses.  Often after they have purged all of their financial resources away they are left with no or very little value to show for it.  Hence the poor get poorer.

Spending money on items can lead to a fast track and spiral of debt.  This debt, which often compounds and increases with time, can leave a person drowning in their own purchases.  Constantly working to pay for the things you already have while constantly wanting new ones often can leave a person feeling trapped without having any positive financial income outside of exchanging their own time for money.

The upper class seem to have it all figured out when it comes to spending what money they have.  Believe it or not, some people of the upper class started out with the same, if not less, income than those of the middle class.  Their spending habits being the factor in what changed the overall outcome of their current status.

Upper class citizens tend to look past the “Stuff” and look past the “Items”.  Upper class citizens instead tend to spend their money on Assets.  Generally speaking, these citizens often spend their money on things that will return a positive financial income for them in the future.  Often starting out with only the basic necessities they need, some upper class don’t feel the need to drive a luxury car in the beginning of their financial journey.  Instead of pretending to be the person they want to be, they are holding off and working on building that person they want to be.

Keep in mind though that when I say, "The person they way to be", that I am refering to an independent and financially secure individual.  Not a nose held high, demeaning, and judgemental prick.  Money doesn't have to change all people.

The upper class also tend to spend their money on income strategies that bring about cash flow in a passive manner.  No longer having to exchange their direct time for money.  In some aspect they are now allowed and capable of having more than one income stream at a time. This may be an investment as complex as buying and renting out a house or purchasing a gumball machine to be placed in the mall.  While a few quarters here and there may not seem like much, profit over the long run is just a small example of how the rich get richer.

Purchasing something that will eventually pay for itself and continue to yield income in the future can be your one way ticket in breaking free of your social class.  So remember. . . .

-Avoid purchasing "Items" and "Stuff" that is not needed

-Work toward the future

Check out the great recommended read below 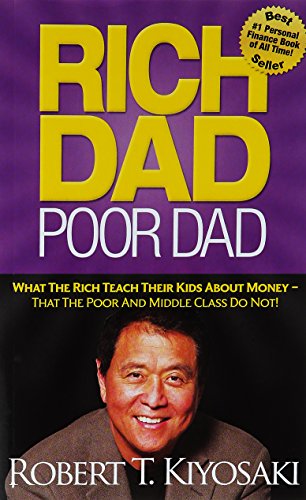 Rich Dad Poor Dad: What The Rich Teach Their Kids About Money That the Poor and Middle Class Do Not! Amazon Price: $7.99 $3.28 Buy Now(price as of Sep 12, 2015)
Great read that will pay for itself in no time.
Next >> How to Get Things For a Penny At Dollar General

Family Business Succession Planning - Don't Let it Die With You

What is Net Worth?: The Real Way to Calculate It

Back to School Shopping-Strategies for Shopping on A Budget