Solar Power: What About Lightning?

I'm an obvious fan of solar power, and after a few disasters I've come to appreciate preparation. One of the most expensive disasters to occur to us was a nearby lightning strike. I wasn't home at the time, so it was a surprise when I came home the house was dark. I grabbed my flashlight and hurried to see what had happened. It was sad. My beautiful Trace charge controller was a crispy critter, and both of my TR3624 inverters were suitable for pictures only. No power out! My panels survived, my wind turbine was just fine, but my inverters were dead.Well after a suitable mourning period (2 or 3 minutes), I fired up the generator, packaged up my dead inverters, and sent my them in for repair. I also brilliantly decided to see what I could do to eliminate or reduce the risk of a repeat performance! Lightning damage is the most common cause of failure for alternate energy systems. So why didn't I install protection? I'm not sure, it could be that I've been spoiled by the reliability of solar power and I wasn't too worried about system failure. Also, lightning storms here are tame compared to other parts of the country where I've lived, and of course money is tight. I knew that a direct hit is not required to damage equipment, but I put off protecting my system. My calculation if the risk was a couple thousand dollars off. Solar panels are installed in the open for maximum exposure the sun. They are also mounted on large metal frames that act much like antennas, collecting atmospheric charge. Wind turbines are mounted high to get in the non-turbulent air flow, so they're exposed to the environment and make an attractive target.  Most of the problems caused by lightning is due to induced voltages in wiring and panel arrays. If you use wind power, the mast and the cable coming from the wind turbine can also bring high voltages into your home. The components in electronic equipment require voltages to be within specific limits or they can fail, or become weakened by the stress making them unreliable. You can fix your inverter but it might not last long... not good.A direct strike can destroy your electronic equipment no matter how well you try to protect it. However with the right protection, even the damage even of a direct strike can be limited and a lot of money saved. So here's some information and suggestions how to prepare for the next 'equipment killer' storm.Know Your Enemy!Lightning is ferociously powerful, an expression of voltages and currents that is inconceivably violent and unpredictable. If you've never seen slow motion photography of a lightning strike look around the web. You'll find it illuminating, no pun intended.In thousandths of a second ionized gas columns (streamers) rise from the ground and reach toward the clouds. Streamers also reach down from the cloud, and when two meet a conductive path is created that allows the tremendous power stored in the cloud to make its way to ground. The highly conductive plasma acts as a 'wire' that conducts the charge. What we perceive as a single strike can be many strikes occurring in rapid succession. The voltages that create these streamers is extreme and the magnitude of the current that flows in the strike is truly awesome.How can we protect our gear?Lightning ArrestorsThese events are extremely powerful and happen with extreme speed. If we can slow down the rise in voltage as seen by our equipment until after the voltage surge has passed, and limit voltages to a safe level, we could protect our system. And that's what lightning protection lightning arrestor circuits are designed to do.I chose to use protection from Delta, but there are other good companies to choose from. In addition to DC arrestors, there are AC units that you can use to protect your home, and to keep damage from the rest of the home from reaching your equipment.

Small lightning arrestors are used in satellite, telephone  and cable installations, because they work. They're smaller in size but the operating principles are the same.Contact your supplier for application specific information. There are a number of products available and the manufacturer designs them for specific uses to provide the best protection.Lightning RodsHave you ever wondered how lightning rods work? They are not seen that often on buildings these days, but they work. You might think that a lightning rod could attract lightning, which is untrue, and here's why. Earlier I mentioned that plasma feelers reach from earthly objects up towards the clouds. The required charge is created because the voltage is not being conducted to earth and the standing voltage can keep building until it finds a feeler coming down from the cloud. A grounding rod keeps the charge from building so that a ionized streamer cannot be easily created. To look at it another way, if your panel mounting system electrically connected to ground, it appears as though they are at ground level, even if they are up in the air, on your roof or whatever. This makes other potential targets far more likely to take the hit then your panels or wind machine. If your panels are mounted on your roof and well grounded they can even act as protection for the house.

The grounding rod collects charge for a generous area around the rod, creating an area of near ground potential.   This is why a lightning rod can protect a home, and even large homes might have only two installed, typically at each end of the building.

Soil conditions can make a perfect ground difficult, but remember this. All you have to do is make a tree a more likely target than your solar system. Grounding rods and lightning rods are readily available and well worth the investment. Grounding your panels and towers is important.

Anything You Do Will Help

The odds are you might never be hit or have a close enough strike to cause a problem, but it's better to be prepared. A once in a hundred year storm could happen tomorrow, and when it come to mitigating risk you have to assume it will.

Everything you do to make your home and electrical system less of a target is worth doing. Even if you do get hit anyway. Losses can be minimized, and safety improved. Just because you can't eliminate the risk completely is no reason not to apply sound principles to mitigate potential loss. Think of it as solar insurance.Protect your investment! 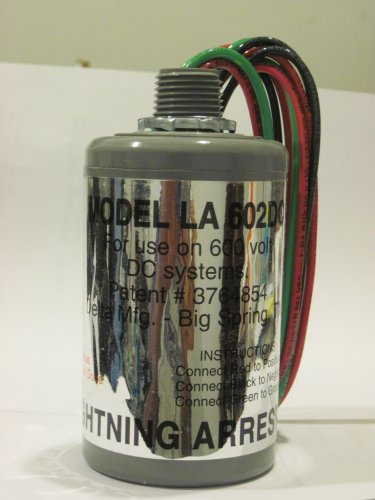 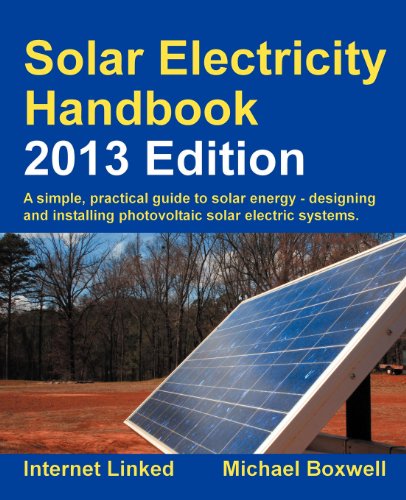