Visit the DirectoryGold Article Directory for more recipes. You too can earn money from writing articles by signing up for InfoBarrel.
InfoBarrel is a writing platform for non-fiction, reference-based, informative content. Opinions expressed by InfoBarrel writers are their own.
InfoBarrel > Lifestyle > Food & Drink > Cooking & Mixology > Foods

Some Tips on How to Save Money when Cooking for One

Cooking for one person can easily be more expensive on a per person basis than cooking for two. Often, quantities are far too great for one person. Even with tinned items, once opened there is frequently at least twice as much in the tin as will actually be used. Shops may have set meals and dine in offers for two, but often not for the single person. Foodstuffs are frequently packaged and sized for couples and families, not for the individual.By selective buying, cooking and storing food it is possible to reduce some of the costs involved in preparing food for one person. Not everything is amenable to this process, but many things are. With a bit of forethought and preparation the weekly shopping bill can be reduced without quality suffering.

A number of kitchen appliances can help save money by increasing the lifespan of food items.

The freezer is the single most useful piece of kitchen equipment you can possess. A lot of foods, both cooked and uncooked, can be safely frozen and consumed days, weeks or sometimes months after they were originally purchased, prepared or cooked. It can be surprising as to what foodstuffs can actually be frozen successfully; for example, root ginger, chilli peppers and Italian hard cheese, such as Parmesan, either pre-grated or as a block can all be stored in the freezer then defrosted when needed.

Credit: eGDC, LtdButterButter can also be frozen. If you like having butter in because you use it occasionally but not often enough to justify having it in the fridge because it goes off, it can be frozen. Buy a block of butter and cut it into small pats, roughly the size of a pre-wrapped butter pat that would be got from a restaurant. Wrap each pat in clingfilm, and then place them all in a bag and freeze them. A bit time consuming, but it means you can always have butter in. With the pats being small they defrost quickly, and you need only remove as much butter as wanted.A similar method also works with ghee, although with ghee it's more "globs" than "pats." 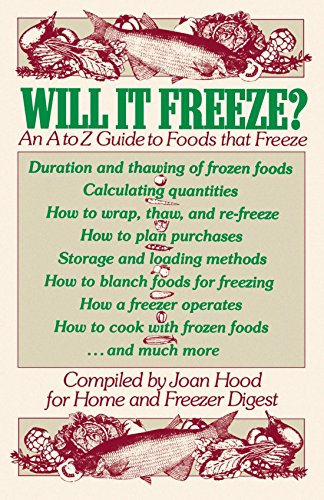 The microwave is an essential complement to the freezer. Defrosting food naturally can easily take many hours, especially in cold weather. With a microwave, frozen food can be defrosted in it. When defrosting food in a microwave you need to be careful not to partially cook some of what's being defrosted, whilst the rest remains frozen.The best use, if there is sufficient time, is to start the defrosting process in the microwave and allow it to finish defrosting naturally. This is quicker than waiting for the food to fully defrost naturally, but slower than defrosting it fully in the microwave.

A necessity, but not as useful as the freezer, given the short lifespan of many fresh items. It can be useful for extending the life of some items that can't be frozen, but are going to be used quickly, such as food from opened tins.

As well as kitchen appliances there are other items, which are often consumables, that are useful in the preservation and storage of food.

A suitable pen that will write on labels on bags, containers, labels and anything else that will store food is a good idea. It is too easy to forget what's in a container of food when it's opened weeks later, and different foods once frozen can often look very similar, further confusing the matter. Adding the date the item was frozen is also useful; food eventually becomes inedible in the freezer and knowing when it was frozen, and therefore when it will be best by, will reduce wastage.

Clingfilm in particular can be used for wrapping food in before freezing it, so that it remains protected but doesn't stick to anything else as would happen if it was just frozen in a container with a number of other items. Greaseproof paper can be used to interleave food, again stopping it from sticking together. Other items may be best wrapped in foil rather than clingfilm.

Sealable storage containers in a variety of sizes are extremely useful, especially for storing complete servings of food. For preference, get ones that are freezer, microwave and dishwasher safe if plastic and oven safe if they are made of glass, for example, Pyrex and similar borosilicate glasses. Tinned food can often be stored in a container once opened if there is too much, and some tinned goods can even be frozen, such as tinned tomatoes.

Individual items can be wrapped in clingfilm and then stored in a plastic bag so that they don't get lost in the freezer. The bag can be labelled to help identify what's in it if needed.

Various liquids such as milk and stock can be frozen in ice cube trays, then removed and bagged up for later use. The alternative is to use lots of small plastic containers and unfortunately many containers aren't really designed to handle a single serving.

Given that the quantities purchased can often be too large for one person, it may seem somewhat counter-intuitive to suggest buying more as a way to save money. Purchasing more can allow you to batch cook more cost efficiently as well as taking advantage of any current offers.

Batch cooking is cooking, or preparing, multiple portions of the same dish and then freezing them in labelled containers. It is often cheaper on a per dish basis to, for example, buy a multipack of four chicken breast fillets and make four portions of a chicken dish than it is to buy and make one. Another advantage is that if you have batch cooked a variety of dishes and frozen them, there will always be ready food available that can be easily defrosted and re-heated, even if you are tired - far better than wasting money on a take-away. Using your own home made meals instead of buying pre-prepared meals from the supermarket is also cheaper and healthier. 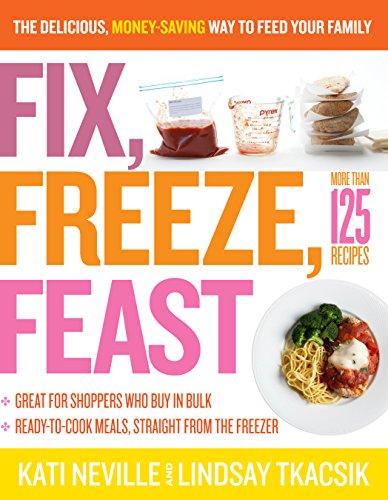 Buy a Larger Joint or Roast

Small joints of meat often don't cook very well. Beef can wind up being tough if too small a joint is cooked, and with a bird (such as chicken) there is a much higher proportion of bones in a smaller bird than a larger one, making what meat there is more expensive. Cook the entire joint or bird and freeze anything that won't be used in a day or two, otherwise refrigerate it. For a bird, the carcass can then be rendered into stock which can be used as a basis for sauces and soups. The stock can then be frozen, perhaps in the ice cube trays as mentioned above.

Many supermarkets have multipacks of food, especially of fresh meat such as chicken breast fillets, beef and bacon to name a few. Larger multipacks tend to be much cheaper than small ones, and multipacks are often on offer where you can buy two packs for less than the price of two. These can then be frozen. When multipacks are purchased, separate the various pieces of meat and wrap them individually or in a typical portion size in clingfilm or, in the case of larger pieces, cut them up first. It is important to separate the food out before freezing as, once frozen, it can be very difficult to separate them. There is little point in freezing them to save money and reduce wastage if they all have to be defrosted at the same time.

There is not much you can do with fresh fruit and vegetables. Many freeze poorly, or very poorly, and can be useless when defrosted. Even growing your own fruit and vegetables is not that useful, especially in the garden. For one person only small quantities will be needed at any particular time. As most have a limited growing season, there will likely be only a short period of time when fresh foods can be harvested. Container and greenhouse gardening can help improve this by extending the growing season, so that it may be possible to grow and harvest some items over several months.With fresh fruit and vegetables it's often best to find a nearby grocer or supermarket that you can buy them loose when needed. Multipacks may be theoretically cheaper, but if you can't eat everything before it starts going off, they may actually cost more as stuff will be wasted and thrown away. The fridge can help prolong the lifespan of many fruit and vegetables. Fresh vegetables can be blanched and then frozen, but then they are no longer fresh, but this may be a possibility if you grow your own and have more than you can eat.

Credit: SXC.HUOne exception to this is fresh herbs. Herb plants can often be bought from supermarkets for a similar price to what would be paid for the fresh herbs. A planter of commonly used herbs can be placed on a windowsill allowing fresh herbs to be had for much of the year. Herbs can also be preserved by drying them out in the microwave.