John Redway - Hub for My Articles and Online Content
InfoBarrel is a writing platform for non-fiction, reference-based, informative content. Opinions expressed by InfoBarrel writers are their own.
InfoBarrel > Entertainment > Games > Nintendo > Nintendo Wii

The Best Sonic Game on the Genesis

Classic Platforming Action at its Best

Almost anyone who’s into video games has heard of Sonic the Hedgehog. The Sonic series, first started in 1991 for the Sega Genesis (called the Sega Megadrive in non-US territories) has been a mainstay of gaming culture for over 20 years now. Younger gamers may be enthralled with more recent, 3D entries in the series - such as Sonic Colors and Sonic Unleashed. The 2D games still have a loyal following of old timers and new fans, and in many ways are classic gaming experiences that Sega hasn’t lived up to since.

The best of the original Sonic series is Sonic 3 and Knuckles, which combines Sonic the Hedgehog 3 and Sonic & Knuckles by using lock on technology to combine the two carts. Both were released in 1994 within two months of each other. While the first two games perfected a simpler, more arcade style of platforming action, Sonic 3 and Knuckles provides a larger, meatier experience than its predecessors. It’s probably the only Sonic game that can be described as epic, and even today it stands as one of the best Sega games ever made.

The best part of Sonic 3 and Knuckles is by far its level design. The levels have an excellent blend of fast paced action and exploration - for those who want to take their time to find all of the games secrets. Each zone is longer on average than those in Sonic 1 or 2 - some taking more than 5 minutes to complete - but there’s so much variety and hidden content that it rarely drags. The levels are multi layered, with multiple ways to reach the end of the zone. Play with different characters and different paths will open to you - use Tails’ flying ability and Knuckles’ smashing powers to find secret areas in each level. Not to mention, that if you play as Knuckles the layout of some stages is altered, adding to the replay value.

The Best Graphics and Music in the Classic Sonic series

The visuals and audio in Sonic 3 and Knuckles are a huge step above previous Sega games. From the first level on, each zone is colorful, vibrant, and filled with detail. Little touches, such as improved character sprites (Sonic in particular looks much more well rounded and detailed) add a lot to the aesthetics of the game. Not just in terms of technical detail, but the creativity of each level design is something to behold. Even the first zone - which traditionally has a tropical or forest related theme in Sonic games - plays with your expectations, as the whole thing is set on fire by Dr. Robotnik’s minions halfway through.

Little touches throughout the game also add a lot to the experience - such as brief cutscenes showing transitions between levels, which gives the game a much more tightly focused feel. Those, in addition to the small, dialogue free story scenes (mostly involving Knuckles) helps Sonic 3 feel much more epic than its predecessors. That’s not even mentioning the soundtrack, which is by far among the best in any Sega Genesis / Megadrive game. It’s rumored that Michael Jackson himself provided some of the tunes for Sonic 3, and even if that’s not true it contains the most eclectic mix of music ever heard in any of the Sonic games.

Connect to Past Sonic Games

If you’re lucky enough to have the original cartridges for the Sega Genesis Sonic games, then you can connect Sonic and Knuckles to past installments for extra content and features. Connect S&K to Sonic the Hedgehog 2 and you can play as Knuckles in that game - though be warned certain sections are much, much harder to play through as the red echidna. Connecting to Sonic 1 also gives you the option to play more of S3&K’s bonus stages, challenging sphere levels that let you earn Chaos Emeralds (necessary for the game’s best ending)

Both Sonic the Hedgehog 3 and Sonic and Knuckles are available in a number of forms. You can always buy the original carts on eBay for reasonable prices, that is if you still have a Sega Genesis or Megadrive. Sonic 3 and Knuckles is also playable on any  number of classic compilations - such as the Sonic Mega Collection for the Sony Playstation 2. Finally you can also check out several download services - such as the Wii Virtual Console store, and Xbox Live Arcade.

When you think of old school platformers, you’ll likely think of Mario or any number of lesser known titles on the SNES. The Genesis also had its fare share of greats, and Sonic 3 and Knuckles still remains one of the best Sega games ever made. 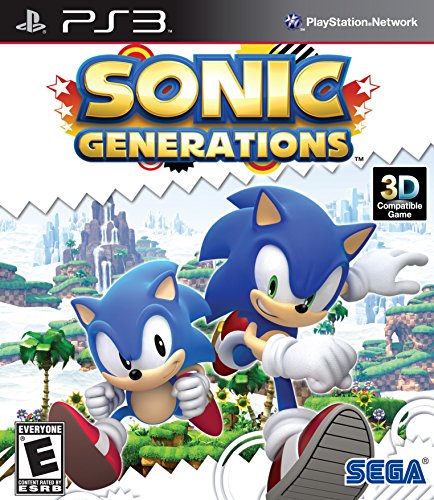