I've spent most of the past two decades in East Asia, holding lecturing and publishing positions in Hong Kong, Japan and South Korea. Among my favorite places are Taiwan and the Philippines. I'm fascinated by local religions and customs, and enjoy reading about history and how the English language changes and develops. I enjoy writing on InfoBarrel. If you love writing, sign up today.
InfoBarrel is a writing platform for non-fiction, reference-based, informative content. Opinions expressed by InfoBarrel writers are their own.
InfoBarrel > Lifestyle > Education

Like other supposedly literate and educated people, I've experienced problems with certain words which I've spelled wrongly again and again, even though I've always been an avid reader and a careful writer. As an educator, I've taught handy ways of remembering the right way to spell words. For instance, when students omitted the middle "n" in government, I'd teach this doggerel, which I didn't invent: "The government was created to govern men." If people bear the verb in mind, they tend to get the noun right.

Credit: Public DomainCertain proper nouns present difficulties. One which many people get wrong, and which only recently entered my daily life, is the Philippines. This country - which I'm proud to say is now my home - was given its name in 1542 when Spanish explorer Ruy López de Villalobos decided to call Leyte and Samar (two of the archipelago's larger islands) Felipinas to honor Felipe, Prince of Asturias (1527-1598), heir to the Spanish throne. This evolved into the toponym Las Islas Filipinas, and in due course was applied to the 7,000-plus islands which make up the modern republic.

English-speakers know Felipe as King Philip II of Spain (reigned from 1556 to his death), the man who sent the Spanish Armada to attack England, and you should have him in mind when trying to remember the correct spelling of the country's name: "The king is singular, but the islands are plural. One 'l' but double 'p.'"

Speakers of Tagalog, which alongside English is an official language of the Republic of the Philippines, don't have to remember this. As shown in the country's coat of arms above, in Tagalog the nation's name is Republika ng Pilipinas.

In my native Canada, the toponym most often spelled incorrectly is Saskatchewan. I've no tips for remembering that; it just has to be memorized the old-fashioned way. As you may know, it's one of scores of place names in Canada of Native American origin.

A word commonly messed up is misspell, people often giving it just one "s" like mistake or misapplied. The key is to remember that the prefix (mis-, as in mistrust or misprint) ends in "s" and the verb it's being added to begins with another "s."

Things described as minuscule are tiny, so a good few people assume the first four letters are the same as in the word miniature. Here's how I remember the right spelling: Minuscule objects are lacking in scale, or "minus scale."

A memento is much like a souvenir, and because seeing or holding it is likely to stir happy memories, it's often wrongly spelled "momento." But if you bear in mind a memento is an item that helps you remember, you'll get it right.

Pitfalls await those using the word occurrence. Somewhat unusually in English, two consonants are doubled. Also, many assume the final four letters are identical to those in maintenance and perseverance. There's no obvious trick to remembering this spelling; the best I can do is associate it with "special occurrence, special spelling."

On the subject of doubled consonants, this is a good point to discuss necessary and recommend, as both are frequently misspelled with a double "c." Link the former with recess - one "c" but double "s." For the latter, I think of what I tell myself before I tell a friend a restaurant I've been to deserves his custom: "Seeing it once isn't enough. Make sure twice." In other words, "c" x 1, "m" x 2.

Writing is a pastime of mine. Not a passtime (even though it's a way to pass free time) or pasttime, mind. There's no good reason for the word having just one "s," so how can we remember the right spelling? Think of it this way: "Just as there never seems to be enough time for one's hobbies, there aren't enough "s" in pastime to make sense."

One final problematic word: withdrawal. The final syllable isn't drawl (as in drag out your vowels, like someone from Alabama). This is what an old British teacher told me he used to teach students: "You don't want to withdraw all your money from the bank. Leave at least a few pounds in your account." Before the UK's currency was decimalized, pounds were usually abbreviated L; all minus L = al.

An excellent book for those who struggle to spell: 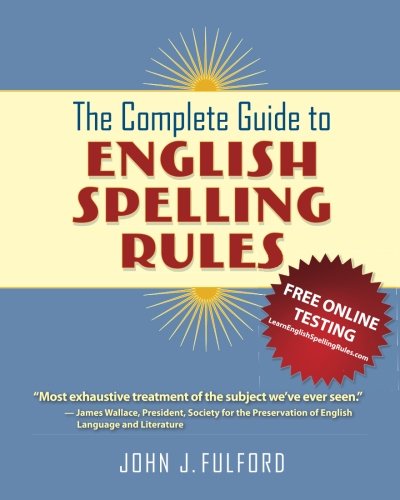