If you have something to say, join me here.
InfoBarrel is a writing platform for non-fiction, reference-based, informative content. Opinions expressed by InfoBarrel writers are their own.
InfoBarrel > Lifestyle > Food & Drink > Cooking & Mixology > Foods

Spice It Up! Korean Cole Slaw

The Korean name for this cole slaw is YangBaeChu MuChim. It is a variation of Korea’s national dish, kimchi.[1] Kimchi (a/k/a Gimchi) to Koreans is like cheese to Wisconsinites, so much so that Korean “natives say ‘kimchi’ instead of ‘cheese’ when getting their pictures taken.”[2] “The Kimchi Field Museum in Seoul has documented 187 historic and current varieties of kimchi.”[1] Kimchi varieties are determined by the main vegetable ingredients and the mix of seasonings used to flavor the kimchi. The ingredients can be replaced or added depending on the type of kimchi being made. In addition, many varieties of kimchi can and are used as an ingredient in other Korean dishes.

Way back when, kimchi was prepared, placed in jars and buried underground for months to ferment for months.[1] Once refrigeration found its way to Korea, specially made refrigerators for allowing the fermentation of kimchi was made available to those that could afford such a luxury.

What does that little factoid have to do with the nutritional value of kimchi? Since the main ingredient of kimchi is a vegetable, kimchi contains a high concentration of fiber[3] is rich in vitamin A, thiamine (B1), riboflavin (B2), calcium, and iron[4] and low in calories. One serving can provide over 50% of the daily recommended amount of vitamin C and carotene. Most kimchi contains red pepper, onions and garlic, all of which promote good health and physical well-being.[1] The fermentation process aids in the development of the good bacteria that our bodies need. Health magazine named kimchi in its list of top five "World's Healthiest Foods" for being rich in vitamins, aiding digestion, and even possibly reducing cancer growth.[2]

The Difference Between Korean and American Cole Slaws

As much as I love American cole slaw, the use of red pepper in the following recipe is a great change from the usual mayo or vinegar based cole slaw. Red pepper “was introduced to Korea from Japan after the Japanese invasions (1592-1598) and became a staple ingredient in kimchi”[5], but “not documented until the 18th century”.[6] Red pepper is the #1 ingredient for spice and is the source of heat for many varieties of kimchi and other dishes in Korean cuisine.

The following recipe was developed from my own trial and error. It is simple, easy, quick and quite tasty. The kimchi is crunchy with just the right amount of spice to give your palate a little heat and add spice to a dull meal.

For Your Slicing, Shredding and Julienne Needs 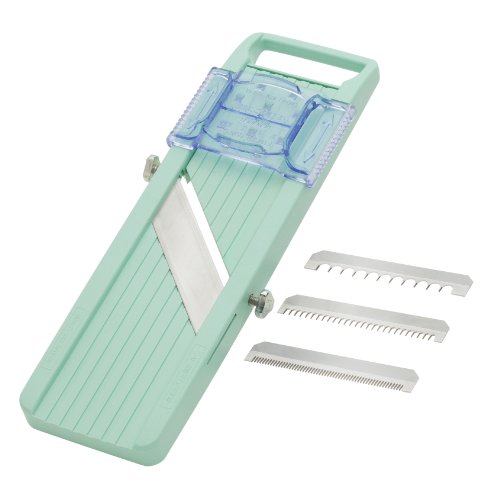 Put a Little Spice In Your Life 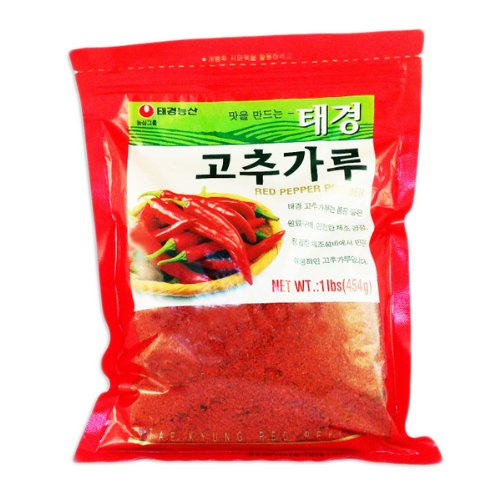 Using a large knife, cut the halved head of cabbage in half lengthwise and then cut each half across the width in half. You should now have four pieces. Use a mandolin slicer and shred the cabbage and julienne the carrot (using the largest julienne insert for the mandolin) over a large bowl. If you do not have a mandolin slicer, use a knife to shred the cabbage and julienne the carrot and add to bowl.

In the same large bowl, add the remaining ingredients in order and mix together thoroughly with hands (wear rubber gloves to avoid staining of hands). Serve immediately or store in air-tight container (preferably glass) in refrigerator until ready to serve. Leftovers can be served for up to a week.

Try this kimchi as a side dish to meals or as a relish on hamburgers, hot dogs, sandwiches and tacos. For a more traditional use, serve with steamed rice and other Korean side dishes, including Kalbi.

Discover Other Varieties of Kimchi 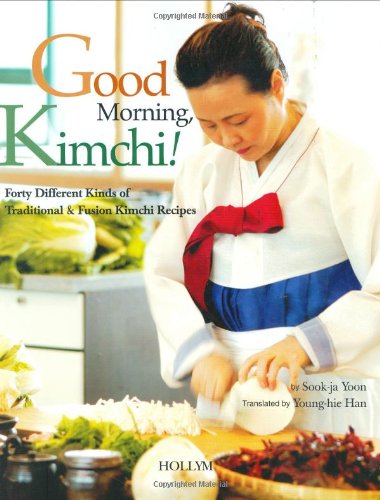