As well as being an avid writer, I am also an enthusiastic gamer, anime fan, movie buff, and love of all things strange. Being as I live with a boyfriend, I am also particularly knowledgeable about cleaning and cooking. You can join me in my adventure of writing for money here at Infobarrel. Sign Up today! Also, I wrote a book! Check out The Guild today!
InfoBarrel is a writing platform for non-fiction, reference-based, informative content. Opinions expressed by InfoBarrel writers are their own.
InfoBarrel > History > Modern History

The Baddest Frontierswoman That Ever Lived - Stagecoach Mary Fields

When people think of the old west, they imagine brave, rough men usually with bushy mustaches or a Clint Eastwood trademark scowl. Not a lot of women come to mind, at least not a lot of women that hold their own again the rough and tumble masses. Stagecoach Mary Fields was the very definition of rough and tumble. She was the baddest hard-drinking, hard-smoking, hard-fighting black woman that the wild west ever saw. This was in a time where neither women nor African Americans were treated with much, if any, sort of respect. She was not only one of the freest souls to ever live but a true pioneer for race and gender. She was also one of the kindest hearted and hard fisted women to ever walk the Earth.

Stagecoach Mary's youth is lost among time, mostly overshadowed by the escapades of her older self, however it is known that she started out a slave in Hickman County, Tennessee. Even as a slave, she was never scared of confrontation, especially of the physical kind. However, she became friends with Dolly, her master Judge Dunn's daughter. Unlike many slaves at the time, she was taught to read and write, which may have been a result of her friendship with Dolly, but no one is too sure on the subject.

When she was set free in 1884 by the events of the Civil War and the Emancipation Proclamation, the six-foot, 200-pound woman spent some time working on a riverboat on the Mississippi River. However, she received a letter from her friend Dolly who had become the nun Sister Amadeus with the Ursuline nuns in Cascade, Montana.  She invited Mary to join the coven, which she did. However, not as a saintly type, but as a hard laborer who put her sturdy body to use chopping wood and hauling water. Now when she wasn't tending to the livestock, she was down at the tavern drinking, or headbutting, people into submission over the slightest transgressions. A famous quote about Mary's work at the nunnery states, "May God help anyone who walks on the lawn after Mary has cut it."

Of course, she was also responsible for making weekly 120-mile rides to Helena for supplies that the monastery needed. Which, in the 1800's wasn't exactly a family vacation road trip. There was the constant threat of bandits that want to take your crap, Sioux warbands who wanted to take your crap and possibly your scalp, and animals that want to eat you and make you into crap. Though, Mary personally admitted that Sioux attacks were a rarity for her. They had rarely ever seen an African American person, so they mostly left her alone. Aside from the people and animals, the Montana weather was also a blood-crazed beast. With temperatures below freezing and snow drifts higher than the horses that pulled her wagon, Stagecoach Mary had quite the task not dying on these weekly trips in the winter. When the snowdrifts were so high that the horses couldn't move through them, Mary would stop for the night and pace back and forth beside her wagon all night in an effort to not freeze to death.[1] 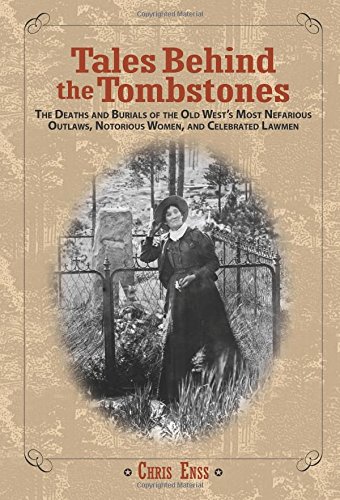 Tales Behind the Tombstones: The Deaths And Burials Of The Old West'S Most Nefarious Outlaws, Notorious Women, And Celebrated Lawmen Amazon Price: $14.95 $6.61 Buy Now(price as of Aug 5, 2016)

One of the more famous tales of Mary's general badassness is Mary versus the wolf pack. On one of her trips back from getting supplies, a wolf pack charged her wagon and attacked / spooked her horses. As horses do when attacked, they freaked out so badly they caused the wagon to flip. Mary put the wagon to her back to prevent being flanked, and using only a small lantern for light, blasted wolves with her trusty shotgun. When she ran short of buckshot, Mary switched to her revolver. The next morning, she righted the wagon by herself, tracked down the horses that didn't die, and made the trip back with her wares intact. However, because a keg of molasses was cracked, the bishop made her pay for it out of pocket.[2]

When she wasn't fending off wolves or bandits, Mary spent most of her time in the bar chawing and puffing on homemade cigars so awful and potent that no one else in town would touch the things. A woman going to a bar nowadays is no big deal; however, back then if you were not a lady of the evening, you were forbidden to go into a bar in Montana. However, Mary got special permission from the mayor, after possibly glowering or beating him into submission, to drink at any bar in town. She then proceeded to earn the reputation around town for beating uppity gunslingers who confronted her in said bars. In fact, up until her death in 1914, she held a standing wager at the main bar in town. Five bucks and a glass of whiskey said she could knock any man out cold with one punch. After so many knock outs, people just stop challenging her. The Great Falls Examiner newspaper once described Stagecoach Mary as "having broken more noses than any other person in Montana."[2]

As you can imagine, being such a hard-drinking, hard-fighting, hard-smoking badass as of a woman did not make such a great mix for working in a nunnery. However, it was not Mary's rough behavior and rough mouth that caused her to lose her job at the nunnery. It was actually racial and gender inequality. When the convent's handyman found out that a woman, much less a black woman, was making more money than him he went whining around town to anyone that would listen. Saying that she definitely shouldn't be earning more than a white man.

When Mary heard, she rolled up her sleeves, pulled out her six shooter and challenged him to a duel. She was victorious, coming out unharmed, but she had managed to pop a cap right in that handyman's butt. Literally, right in his buttocks. 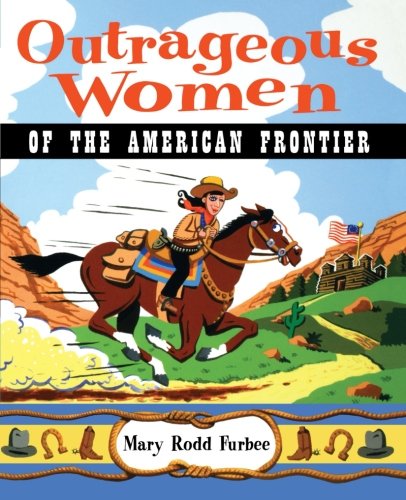 Of course, she was fired for violence on holy ground, but Mary had better things to do. These better things included opening two restaurants, both of which failed. In part to Mary being an awful cook, but more so because she gave out far too many free meals. In 1895, Mary applied for work with the U.S. Postal Service. In the interview for the job, she was charged with hitching a team of six horses to a stagecoach against a dozen other, younger cowboy interviewees. The 60-year-old Mary had time to hitch all the horses, go to the saloon for a shot of whiskey, return, and have a smoke while laughing at the other interviewees who were still working.  Obviously, she got the job, making her the second women and the first black person of any gender to work for the U.S. Postal Service.

Being a post worker today may seem boring, so dull that it inspired the term "going postal;" however, back in the 1880's it was anything but. Mary, who would officially earn her name as Stagecoach Mary during these days, drove coaches packed with money, information, goods and letters through any weather and any danger. She never failed to deliver a package, even when the snow drifts were so high the horse couldn't move. She would tie those horses to a tree, hoist her mail pack on her shoulder, and walk through the snow to get that thank you note from Grandma to that backwater Grandson.

Stagecoach Mary retired back in Cascade in 1901, where she proceeded to open a laundry service. She never lost her knack for physical confrontation though. She remained infamous for cleaning a person's clock when they didn't pay their bill or got in her face.

When she wasn't busy drinking and making sure people paid for their laundry, Mary babysat the kids in town when  their parents needed a break. She also became very fond of the local Cascade baseball team. She never missed a home game and gave any player that hit a home run a bouquet of flowers from her garden.

Despite her abrasive demeanor, Stagecoach Mary was beloved by the town of Cascade. When her home burned down in the fire of 1912, the town gathered to rebuild it. Today, the town still keeps her memory and the legend of her all around badassness alive.

After living a life filled with more adventure than most people could ever imagine, Mary finally was taken down, as we all one day will be. Stagecoach Mary Fields died of liver failure in 1914 at the tender age of 82. After fighting wolves, gunslingers, bandits, poker cheats, weather, and every cultural stereotype the world could bring against her, Stagecoach Mary finally found something she couldn't win against—death.