Many have hailed Star Trek: Into Darkness as the best movie to hit the big screen so far in 2013 and, with big hits like Iron Man 3, Fast and Furious 6, and The Hangover Part III all airing at roughly the same time, one wonders how valid this claim truly is. Is it worth my time? Is it worth my money? With so many other good movies out right now is this latest installment really a must see, or is it something that can wait until it comes out on DVD or Blu-ray; eispecially for those of us who were fans of the original Star Trek in our youth.

"To boldly go where no man has gone before"; that mantra would sound incredibly familiar to any fan of the television series (or indeed even just the movies) and truly captures the explorer spirit evident in the original franchise. However, in this latest film there is little exploring of strange new worlds, hardly any new life is sought out, and a single measly civilization is discovered throughout the discourse of this movie. The movie starts out well, leaving audiences reminicing of the good old Star Trek they remember from their youth, but quickly takes a different turn as the adventuring, exploring spirit of The Enterprise and its crew no longer scoures the galaxy in search of new planets but instead we see the militirization of the Federation's Starfleet in a way that was rarely found before this most recent movie franchise took over. Many audience members will be dissappointed by the lack of loyalty that J.J. Abrams had towards the great series that came before him.

That being said, it goes without saying that many of us (myself included) understand that not everything can, or necisarrily should, be exactly the same as the original Star Trek and part of the reason we go out to see these remakes is to enjoy the new spins and liberties taken on our favorite classics. If you look at Star Trek: Into Darkness as a stand alone sequal and disregard its predesessors, it actually holds up as a relatively decent film. Chris Pine does a great job as Captain Kirk and Spock's actor, Zachary Quinto, was excellent at giving us all some much need humor from the standpoint of a character that has none. The visual effects were, of course, stunning and the music score was done by Michael Giacchino (who is responsible for the music in the hit television show "LOST" and Disney's "Up") was able to integrate the music exceptionally well into the footage as well as encoperate the original theme.

Still, the best part of the entirety of this cinematic experience would have to be Khan. Played by Benedict Cumberbatch, Khan proved to be the advesary Kirk needed to keep this story alive as well as the most surprisingly good aspect of the film (for me at least). Cumberbatch's performance was breathtakingly real and he truly made you believe in his character as well as keep you guessing amidst a plot that was, for the most part, relatively predictable. The whole movie unfortunately seemed as if it was created to make you think you were going to be surprised, and then you weren't; Khan was the most notable exception to this rule and made this a film I believe would be worth watching again. The only thing I would have liked to have seen more of, is just a bit more of Khan's backstory though I understand why Abram's may have left this open-ended if he was planning on possible reintroducing Khan or his story in a later movie.

In conclusion, Star Trek: Into Darkness was a reletively decent film with some funny quips, emotionally pulling moments, and exciting fight scenes. Is it good enough to be considered the best films of the year? I don't think so. Though I must say it certainly a step up from the first film released in 2009, I believe there was too much of a dissenting opinion from those of us who have seen and enjoyed the original Star Trek and not quite riveting enough of a plot to be given that title. What film then will take that title? I don't know yet, perhaps we'll see how Man of Steel does when it's released June 14th. 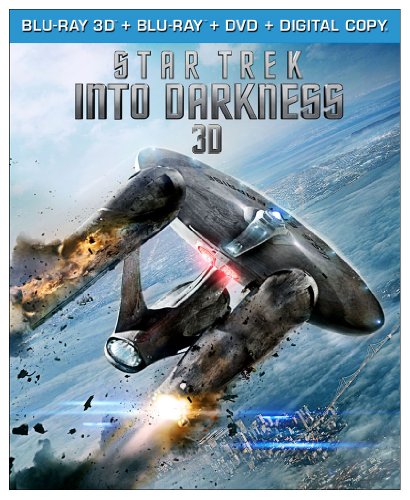