Thanks for reading this article. If you are interested in joining InfoBarrel and making some money, please allow me to refer you by Clicking Here And start earning passive income today!
InfoBarrel is a writing platform for non-fiction, reference-based, informative content. Opinions expressed by InfoBarrel writers are their own.
InfoBarrel > Entertainment > Games

Star Wars: Battlefront a multiplayer shooter set in the popular Star Wars franchise. The game was released across multiple plaforms including: PC, PS2 and MAC. While mainly intended for multiplayer, Battlefront does as a single-player campaign and instant action available. The player can use AI controlled opponents to get into the action quickly. Let's review the other components of this game.

Upon starting a game, the player will enter a map with either other player or computer controlled bots. You choose your soldier type and spawn into a chosen location on the map. The player with attempt to both eliminate opponents and capture command posts. This can be compared to a massive game of capture the flag. The more command posts you control the less reinforcements the opponents will be able to spawn. Each map is played the same, but the developers provided the player with plenty of variety to choose from.

The game can be played from either an over the shoulder or first person perspective. The player will have a reticle to direct their fire just as in most shooters. The third person mode helps the player see more of what is going on in the field, while the first person mode is much more immersive.

The player can select from 4 different factions to play with, but only two different eras. For example, the Republic with also play the Seperatists alliance. And, the Rebel Alliance will always have the Empire as their opponents.

Vehicles and mounted turrets play a large part in this game as well. Ever wanted to hop in an AT-AT and tear the rebels apart? Go for it on certain maps! The player can freely hop in and out of vehicle from either faction, or can work on taking them out with heavy artillery.

Each faction has 5 total soldier types to choose from. The first four from each faction are generic models with small variations from faction to faction. However, each faction also has a unique unit that the player can control as well. For instance, the Republic has the Jet Trooper. Fire up your jetpack to increase you mobility across the map and fly up to high altitudes.

Overall, Star Wars: Battlefront is an excellent addition to the Star Wars universe, providing the unique oppportunity to control a grunt on the battlefield to help change the course of the battle. Capture one key command post or eliminating a pesky player, can change the outcome of the battle on a dime. If you are a Star Wars fan who missed this jewel, get a copy and get into the action! 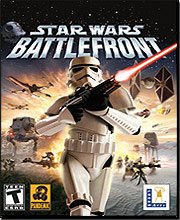 StarÂ Wars:Â Battlefront Amazon Price: $15.55 Buy Now(price as of Nov 23, 2015)
Blast your way through the battlefield in this epic game from the Star Wars franchise!
Next >> No Man's Sky - How to Efficiently Farm Money