I'm not sure if there is anybody who isn't familiar with Stephen King. He's considered "The King of Horror" and most of his books have become films over the years. This includes titles like The Shining, Salem's Lot and IT just to name a few. Even though Mr. King has managed to create timeless stories that seem to be popular amongst people of every generation, there are some stories that seem to go unnoticed. Of the two books I'm about to mention, one has become a movie (as of 2006) yet it still fails to be as widely recognized as some of his earlier films.

A story about a man named Ed Freemantle. He's a very successful individual with a wife and two daughters, who owns his own construction company. One day while on the job, he has an accident that leaves him with brain damage and a severe leg injury. He also only has one arm.

After his accident, his wife gets tired of waiting for treatments to work and decides to leave him and his daughters are away at college. Being alone and tired of feeling useless, he decides to take his doctor's advice and go on a retreat.

His goal is to have time to himself and take up his old hobby of drawing. He chooses a location called Duma Key. The plan was to stay there for a few months and up to a year, but instead he stays for much longer. While he's there he realizes his urge to draw becomes stronger. Sometimes he blacks out while sitting at his eisel and when he comes to he is staring at an amazing painting.

I don't want to tell you the entire story, but let's just say that Stephen is up to his old tricks again. Just when you think the story is going to be a drama about "normal" issues it takes a turn that (for me) was unexpected... sort of. This novel moves a lot slower than what I'm used to. The details aren't as gross and bloody, but don't doubt that this goes from drama to horror in a way that is so subtle that the overall effects are scarier than his more popular novels.

This book reminded me a lot of Texas Chainsaw Massacre because it takes place in a desert town. Actually, more like a ghost town. Some people are traveling through this town when they are stopped by the local deputy. The travelers end up being taken to the local jail without understanding why.

They notice the deputy is acting weird and using strange words and phrases. After a few hours of this, the deputy turns to murder. Not only does the local law enforcement officer start to change over time physically with the internal and external injuries; he also starts to get even more evil and blood thirsty.

This story will keep you on the edge of your seat, but I wouldn't recommend eating anything that includes spaghetti sauce because the details are rather disturbing. It's one of the bloodiest novels I've read in a long time, even from Stephen King.

I'm not sure why these two books aren't more popular because they plot is great with both of these books and the writing is nothing short of extraordinary. Desperation became a film in 2006 and even though it was known enough by producers to create this for the public to watch, there hasn't been a lot of buzz about this as a book or a film. It's very disappointing. 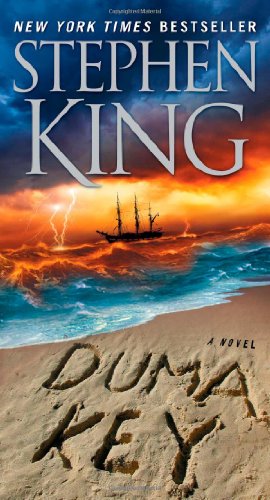 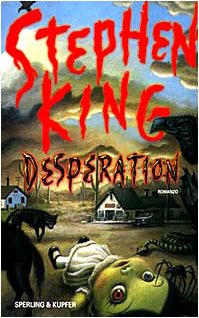 Desperation Amazon Price: Buy Now(price as of Oct 2, 2016)
Next >> A Dark and Controversial Crime Fighter