Deborah Diane is a freelance writer from Orange County, California, and the author of a helpful retirement blog:  Baby Boomer Retirement Order Deborah Dian's Kindle books from Amazon or on her blog: "Your Guide to a Fabulous Las Vegas Wedding" "Romantic Budget Wedding Ideas" "The Parrot Trap: A Children's Story" (Gently Teaches Stranger Danger) "The Mayor and the Garbage" (Teen fiction) "Dangerous Lies We Tell to Children and Ourselves" Twitter: www.twitter.com/DeborahDian
InfoBarrel is a writing platform for non-fiction, reference-based, informative content. Opinions expressed by InfoBarrel writers are their own.
InfoBarrel > Lifestyle

A Similar Report off Coast of Galveston, Texas

On June 11, 2012, the Coast Guard received a frantic distress call from the captain of a sinking yacht located 17 nautical miles east of Sandy Hook, New Jersey. Tapes of the call reveal a strangely calm male voice saying, “We have three deceased, nine injured. We’ve had an explosion onboard. That’s why we’re taking on water. I’m in about three-and-a-half feet of water on the bridge right now.” They were specific enough to say that the name of their boat was Blind Date, and they claimed that three of the 21 people on board had been killed, while the others had jumped into the water.

The radio call was a hoax, but it was hours before the Coast Guard found that out. Meanwhile, they responded both with cutters and search aircraft, like the ones shown in this article, at a cost of about $318,000 for personnel, fuel and the operating costs of the boats, planes and helicopters during the 5 ½ hour search for the sinking boat.

Once it was determined that there had been no such boat, law enforcement investigators did a triangulation study on the call. They discovered that the call had not come from the ocean, but from the land, in an area between the George Washington Bridge and the coast of Staten Island. The caller was no where near the reported location at the time the call was made.

In researching this hoax for the blog, “Lies and Liars,” I discovered that this has not been the only similar hoax reported in the past couple of months. In May, 2012, another call was made to the Coast Guard in the Houston-Galveston area in the Gulf of Mexico, off the coast of Texas. In that call, a mysterious person said that they had lost “six souls” in a boating accident. In addition, he said, “We have an on board emergency. We are taking on water, sir.”

There are several similarities between the two calls that have authorities puzzled. In both cases the calls were made by men, using similar language. Both insisted that people had died and more were in danger. This, of course, would be considered an emergency situation by the Coast Guard and would cause them to launch all their available resources in an effort to prevent more deaths. Both callers used the phrase, “we are taking on water.” Both calls proved to be hoaxes, but only after immense amounts of time and money were poured into the rescue attempts.  Both calls forced emergency personnel to send out ships, helicopters, planes and men.

Amazingly, it is not unusual for the Coast Guard to receive phony reports of sinking boats, explosions on the water, or people who are lost at sea.  They receive hundreds of bogus calls a year, and have to expend tremendous amounts of effort and resources in order to confirm whether or not the reports are real.  However, the similarities between these two calls, that were placed so close together, has concerned many officials.  Was it just a coincidence, or something else?

Consequences of these Hoaxes

If these phone calls were intended to be a joke, the government is not laughing. When they spend hours searching over open water, the rescue teams are putting their own lives in danger with the hope of saving someone else. One event like this can cost the Coast Guard several hundred thousand dollars. Sadly, the money spent on these two searches was a complete waste. In addition, while boats and aircraft are searching for a phantom shipwreck, real callers could face a delay in their rescue during an emergency, because most of the available rescue teams could be miles away.

As a result, when these criminals are caught the penalties will be severe. They have committed a federal felony.  The person or persons who perpetrated these hoaxes face up to six years in prison and a $250,000. This is in addition to what they could be charged as restitution for the cost of the search. The government is using a variety of high tech methods in order to catch these individuals. Furthermore, there is a $3,000 reward being offered for information leading to the arrest of the person or persons who made these bogus distress calls.

Why Would Someone Make these Calls?

Many people wonder why anyone would risk their own freedom and financial well-being in order to make a prank call like this. Perhaps they are young people who thought it was funny, and did not realize the consequences. One Coast Guard official even speculated they may have just been people who wanted to watch the helicopters take off!  However, it is possible that there could be more sinister reasons, instead.

Were these calls made by someone who was trying to test the reaction time of the Coast Guard? Could they have been smugglers who were using the diversion of a bogus search in order to sneak guns or drugs onshore without being noticed? Could they be engaged in human trafficking? In addition, it is always possible that this hoax was perpetrated by a terrorist organization that was looking for weak spots in our national defense system.

While some people may find these mysterious bogus phone calls funny, there could be some serious implications that they did not consider. 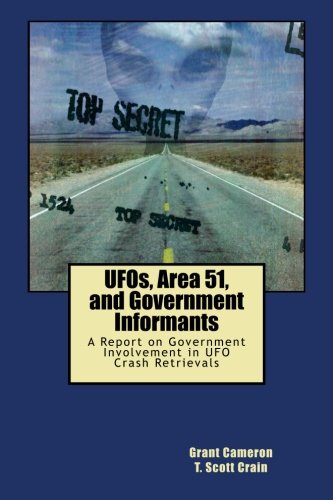 UFOs, Area 51, and Government Informants: A Report on Government Involvement in UFO Crash Retrievals Amazon Price: $24.95 $20.90 Buy Now(price as of Jul 19, 2016)
A fascinating investigation on possible UFO crashes and the US government. What is really going on? If you want to see other choices, click on the name of the book, above, and you will be connected to the Amazon site where you can use the search box to look for other books and items that may interest you.

Fascinated by Tricks People Have Played?

Here's a Book the Details Many of the Most Famous Ones 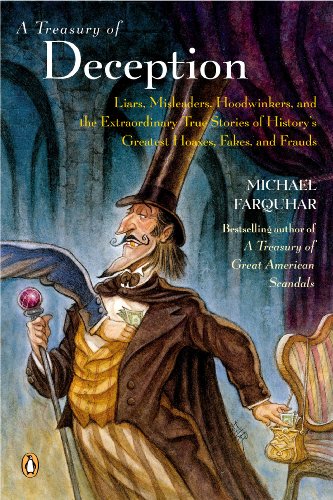 A Treasury of Deception: Liars, Misleaders, Hoodwinkers, and the Extraordinary True Stories of History's Amazon Price: Buy Now(price as of Jul 19, 2016)
Learn about some of the most famous lies in History!
Next >> Home Coffee Roaster - Fresh Roast SR500 - Awesome Gift for the Coffee Lover